Wait -- what? Sir Patrick Stewart says bigoted bakers have the right to refuse to print pro-LGBT messages on their cakes

"This is a deliciously difficult subject," he said 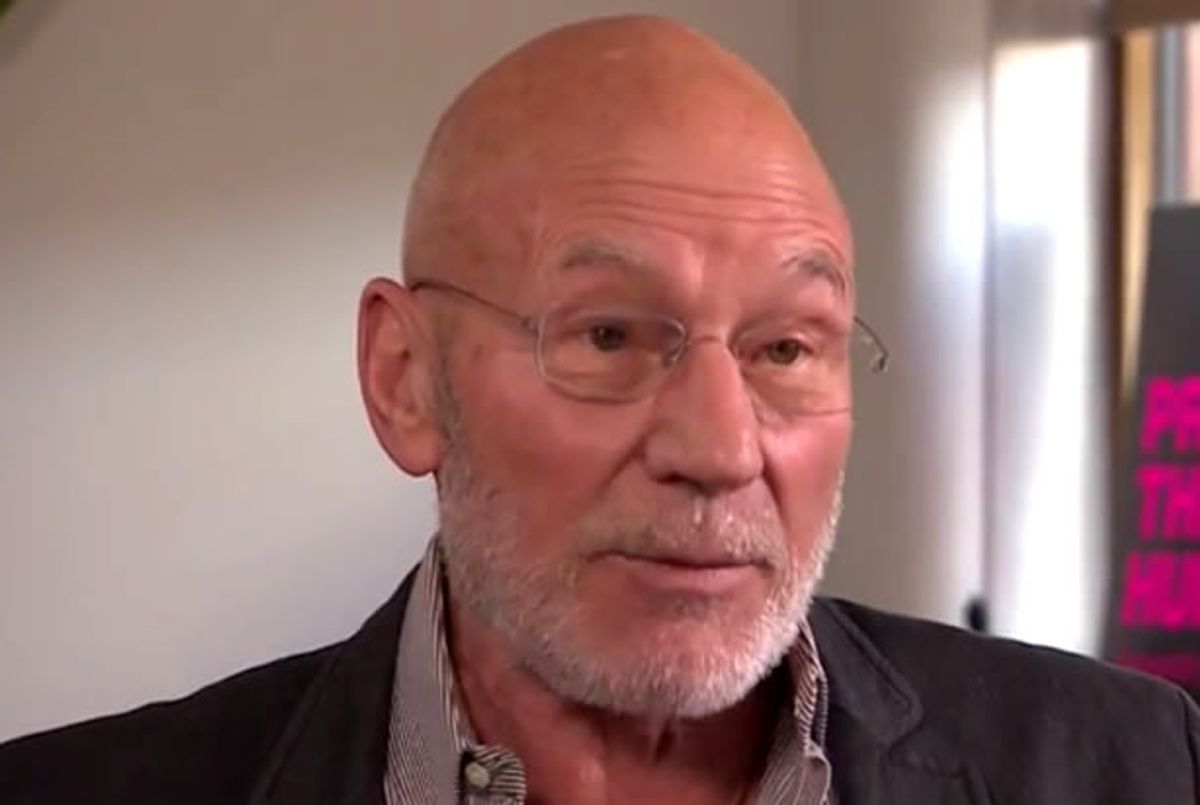 Despite being an ardent supporter of LGBT rights, Sir Patrick Stewart went on BBC Newsnight and defended Asher's Baking Company, which was convicted of discrimination last week for refusing to ice the message "Support Gay Marriage" on a cake featuring Bert and Ernie from "Sesame Street."

"This is a deliciously difficult subject," the once-and-future Jean-Luc Picard told the BBC, "because, finally, I found myself on the side of the bakers."

He added that he "felt bad for them, because they lost 600 quid or whatever."

As part of my advocacy for Amnesty International, I gave an interview on a number of subjects related to human rights, civil rights and freedom of speech. During the interview, I was asked about the Irish bakers who refused to put a message on a cake which supported marriage equality, because of their beliefs. In my view, this particular matter was not about discrimination, but rather personal freedoms and what constitutes them, including the freedom to object. Both equality and freedom of speech are fundamental rights— and this case underscores how we need to ensure one isn’t compromised in the pursuit of the other. I know many disagree with my sentiments, including the courts. I respect and understand their position, especially in this important climate where the tides of prejudices and inequality are (thankfully) turning. What I cannot respect is that some have conflated my position on this single matter to assume I’m anti-equality or that I share the personal beliefs of the bakers. Nothing, absolutely nothing, could be further from the truth. I have long championed the rights of the LGBT community, because equality should not only be, as the people of Ireland powerfully showed the world, universally embraced, but treasured.

Watch the entire interview via BBC Newsnight below.