Bill Maher on the Duggars: "Biggest freaks in the world"

To be sure, Maher was able to fit in some not-so-subtle misogyny 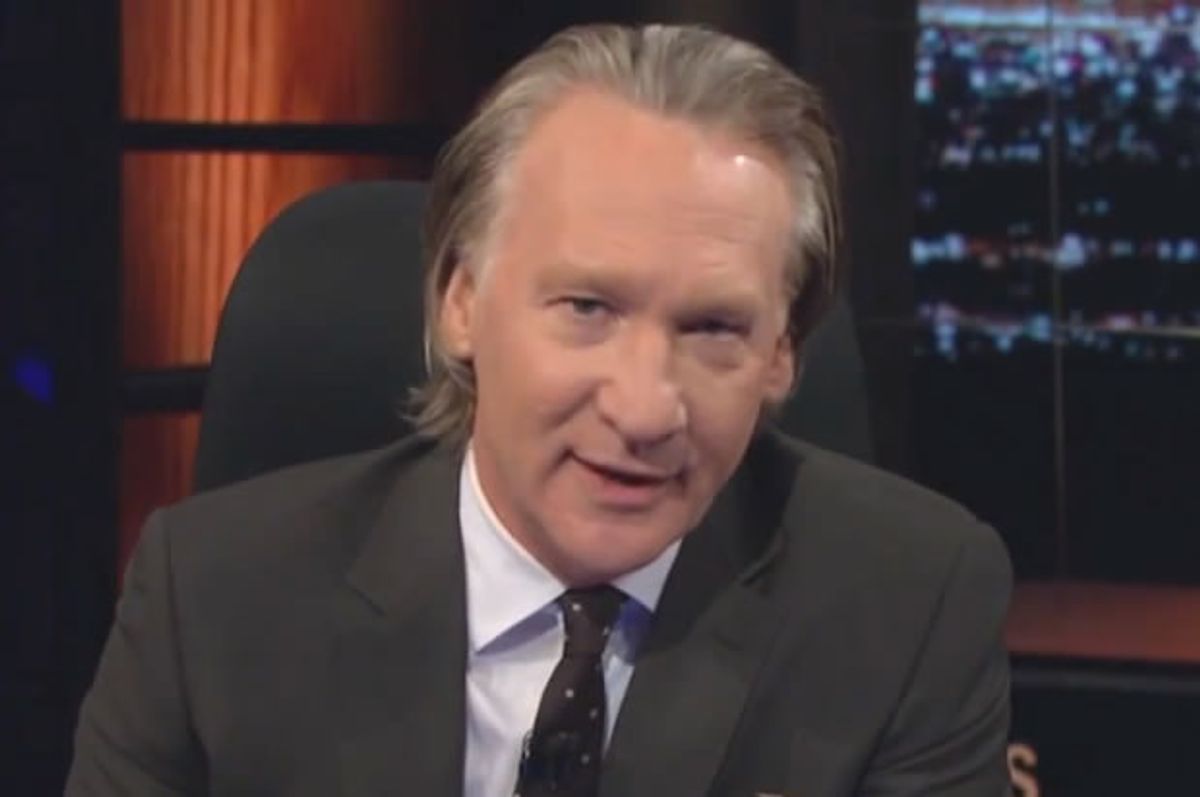 On Friday evening's edition of "Real Time with Bill Maher," Bill Maher gave the world a piece of his mind about the Duggars -- the family featured in TLC's "19 Kids & Counting" currently embroiled in a sexual abuse scandal after eldest son Josh Duggar "inappropriately touched" several of his sisters and a babysitter. If that's not ripe for comedy, Bill Maher doesn't know what is.

"To me, these are the biggest freaks in the world," Maher said of the Duggars. "[The father] is always leering, because he's married, to the wife. 19 kids and he still wants to get in there?"

Good point, Bill. Having sex 19 times is way too many.

"Any time you sexually repress, as religion always does, this is what happens," he continued.