It's time for Marvel to make Magneto black: Use the coming "Secret Wars" reboot to make X-Men get real about race

This summer, Marvel's smashing its storylines together in a massive shake-up that could have meaningful results 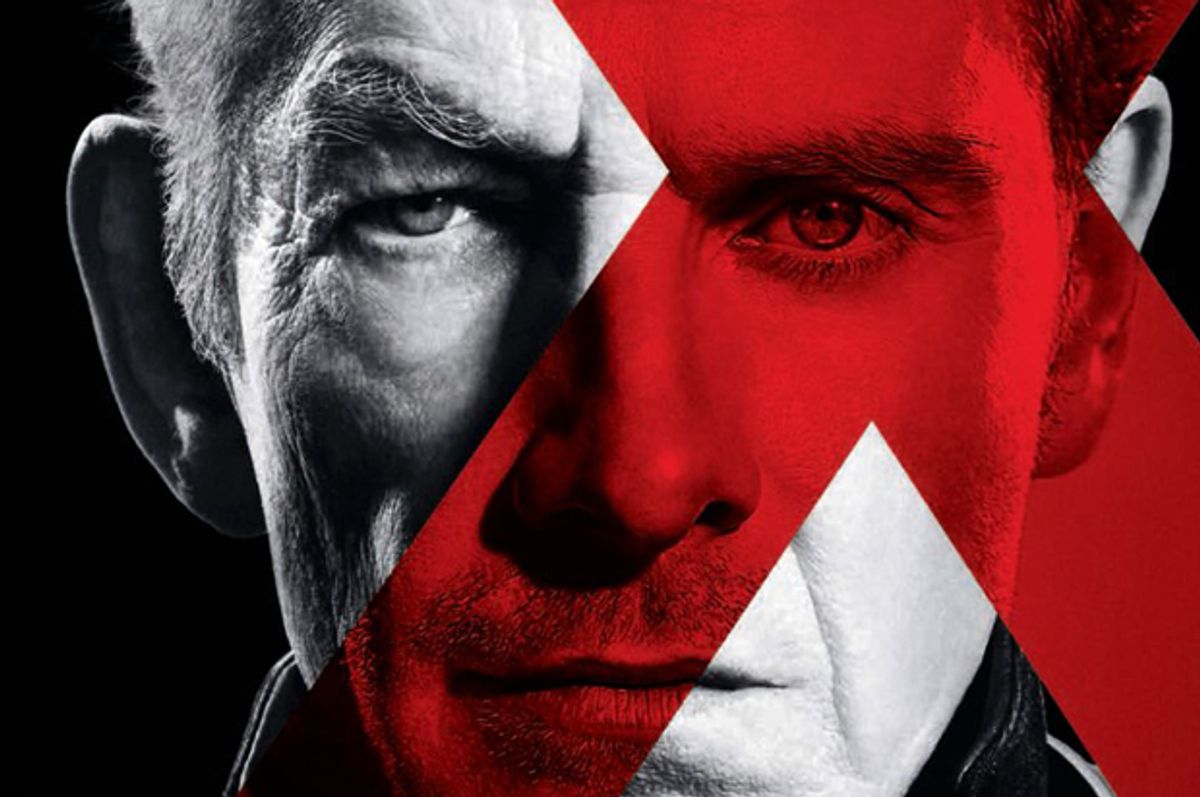 Superman has been the same age for roughy 77 years. He originally landed on Earth in the early 1910s. DC has fixed this problem several times since 1938 with reboots. That means they start the fictional Universe over, usually with a story-based explanation of the incontinuity. Think time-travel paradoxes and alternate Universes colliding. Suddenly Superman dropped on Earth a decade or two after he originally landed. A reboot can fix most time issues by simply moving a character's origin story forward.

DC's younger competitor Marvel hasn't ever done a hard reboot. They generally solve the weird time problem by sticking their fingers in their ears and ignoring concrete numbers whenever possible.

The long history of both major comic publishers has created a more difficult problem: the ongoing lack of diversity in comics. Hundreds of thousand of words have been devoted to dissecting this issue, but it's actually pretty simple. All the icons of comics and the perennial best-sellers come from a time when America was way more openly racist. Stories were told only about good looking, cis-gendered, white men.

Comics are trying to course-correct, but the process is slow. Publishers are afraid to move away from characters (and skin colors) that have historically sold well. And fans who grew up with a certain version of a character have a hard time letting go of the past. (Also, unfortunately, a bunch of fans are way racist.)

This summer Marvel Comics, home of The Avengers, The Fantastic Four,The X-men, and Spider-Man, is smashing all their alternate realities together in a story event called "Secret Wars." Alternate-reality versions of all the heroes must battle for supremacy in a gigantic cross-over that will affect every single comic that Marvel publishes.

No one knows what version of the Marvel Universe will emerge from the wreckage and become the one that we read stories about. But it looks like Marvel will get its first hard reboot. It's a great opportunity for Marvel to up their diversity, and to fix a lingering origin issue that can't get swept away by gently fudging numbers.

It's time to make Magneto black.

Magneto is one of the very few comic characters inextricably tied to a specific real-world event: the Holocaust. His abuse at the hands of Nazis turns him hard and cruel. This real-world event can't be moved forward in time, and that's becoming a problem. When Magneto first appeared in 1963 in the pages of "X-Men #1," he was somewhere in his fifties or sixties. This would have made him a grown man in the death camps. In Bryan Singer's 2000 film, "X-Men," Magneto is a boy of 10 or so when he witnesses the horrors of the camps. Magneto's age in the camps has slowly changed over the years, so that his approximate age in current continuity can stay the same. This fix can only work for so long; Magneto has to at least remember the camps to be formed by them. He will have to have a serious origin change at some point. But part of what makes Magneto such a great villain is his base in real-world historic tragedy.

X-Men founder Professor Charles Xavier's story will need to be updated as well. His isn't tied to a specific event, but he has to be roughly the same age as Magneto. They started out as friends with a common goal, and were torn apart by ideology. Their conflict stems from a radically different answer to the question "How should a minority population seek safety and acceptance?"

The best fix for Magneto's origin problem is to reboot him and Professor X into the heart of the Civil Rights Movement. Have them experience the heartbreak of the historic assassinations as young black men. This reboot would be true to the heart of the characters — X-Men began as a  metaphor for segregation. In 1963, America couldn't openly discuss race in comic form, so the conflict was encoded. "Negroes" became "mutants." Professor X and Magneto are often interpreted as metaphors for Dr. Martin Luther King Jr. and Malcolm X. Having the characters openly admire the historical figures would give Professor X and Magneto the opportunity to argue about the nuances of the their mentors' philosophies.

In other words, they could openly talk about race. After 50 years of coded language, it's time to get real. The Civil Rights Moment needs to become canon.

Personally, I'd have Professor X be a follower of Malcolm X, while Magneto hangs with Dr. Martin Luther King. That way, Prof. X sees Malcolm X gunned down, the tragic results of a movement divided. He tries to choose peace. Magneto watches the death of his pacifist hero Dr. King, and rejects nonviolence.

This reboot would open up great new stories, and diversify the comics universe, but it comes with one big problem. Magneto is the most prominent Jewish character in comics. Erasing Jews and the Holocaust from Marvel would be a slap in the face to its founders, many of whom were Jewish. The answer is to make the many other Marvel Jewish characters interact with and respect their heritage and culture more openly. A-list characters like Kitty Pride, Iceman, and the Thing are all Jewish, but it rarely gets mentioned outside of special Christmas issues. There is also no reason that Magneto or Professor X can't follow in the footsteps of prominent African-American Jews.

"X-Men" writer Brian Michael Bendis has credited Internet demands for a movie version of Peter Parker to be played by black actor Donald Glover as the inspiration for bi-racial character Miles Morales. Morales is an alternate-universe Spider-Man, who will incidentally be joining the main Marvel Comics Universe in this summer's crossover event.

That means Marvel Comics is listening.

Let's start demanding a black Magneto, and see what happens.