Viral rewind: Stephen Colbert called out Texas Board of Education for refusing to turn the page on textbook mayhem

5 years ago, Stephen Colbert said that the TBE verdict would determine which historical figures kids drew all over 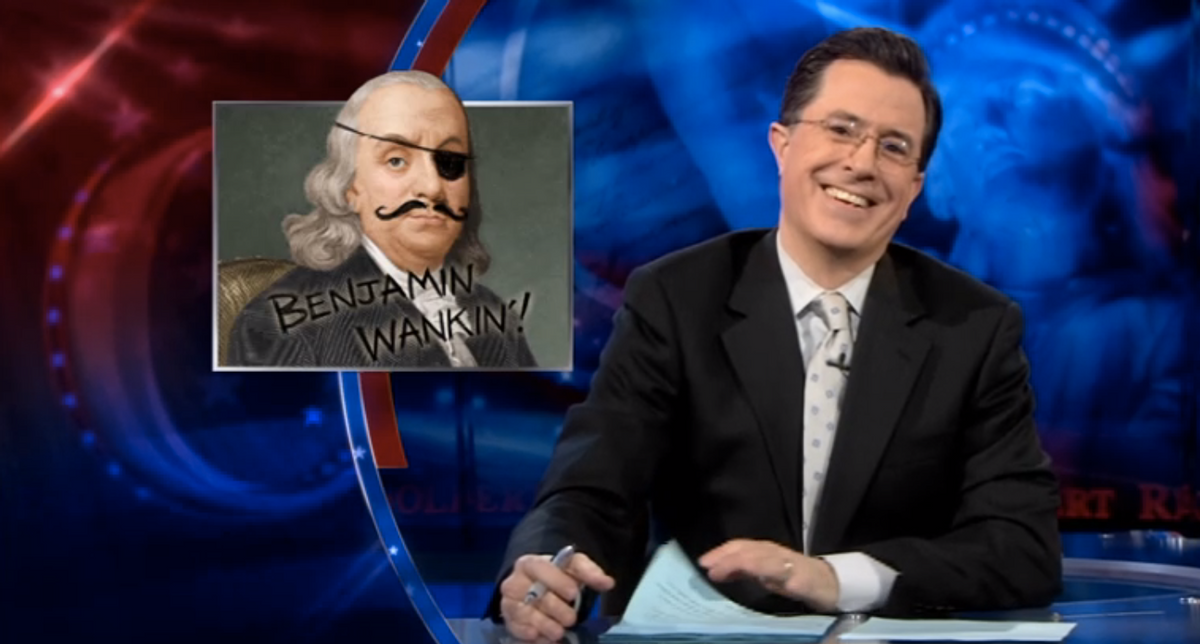 After weeks of heated debate across party lines, the Texas Board of Education controversy finally came to a screeching conclusion in March of 2010. History and economics textbooks, the board decided, would be slapped with a conservative stamp.

History would position Republican ideals and American capitalism in a more favorable light. Thomas Jefferson, a villain among board members for coining the phrase “separation of church and state," would be entirely wiped from grade-school curricula.

The Associated Press projected at the time of the decision that textbook revisions would affect 4.8 million children in the state of Texas over the course of 10 years. That projection did anticipate a ripple effect.

Among the late-night programs to dig into the ongoing textbook war was Comedy Central's "The Colbert Report." (Remember that show!?) In one segment, Colbert rehashed the 10-5 board vote and explained that the decisions made in that boardroom wouldn't just be confined to Texas; they'd ripple across the country.

"This battle is not just about Texas -- it decides which historical figures all of our children will be drawing mustaches and eye-patches on," he said, adding that Texas had, in turn, coined the term “separation of Jefferson and history.”

Colbert went on to say that, while an "important battle had been won" for conservatives, there'd still be "plenty of liberal textbooks out there."

One in particular: "Give Me Liberty!" penned by Eric Foner. Colbert invited Foner to the stage to "answer for his liberal crimes."

Foner: "My view is that we have struggled over time to try to make this a better country and we should celebrate in the past the people who worked hard to overcome the injustices in our past. But the Texas school board wants to eliminate any discussion of some of these injustices, which gives students a completely misleading picture of what America has been --"

Colbert: "If we fail to study some parts of history, what’s the worst that can happen?"

Foner: "We would be ignorant. A society that doesn’t know history is like a person without a memory.”

By May, the war was still in full swing. Dr. Don McLeroy, a member of the Texas State Board of Education, appeared on CNN's "American Morning" telling Kiran Chetry that he was "proud" of the textbook revisions.

"What we have is the history profession, the experts, seem to have a left-wing tilt, so what we were doing is trying to restore some balance to the standards," board member McLeroy said.

See also: What was buzzing around the Internet for the week of May 23, 2010