I chose to be a young, single mom

When I told my parents I was pregnant, I prickled with shame. But I was looking for responsibility -- and an escape 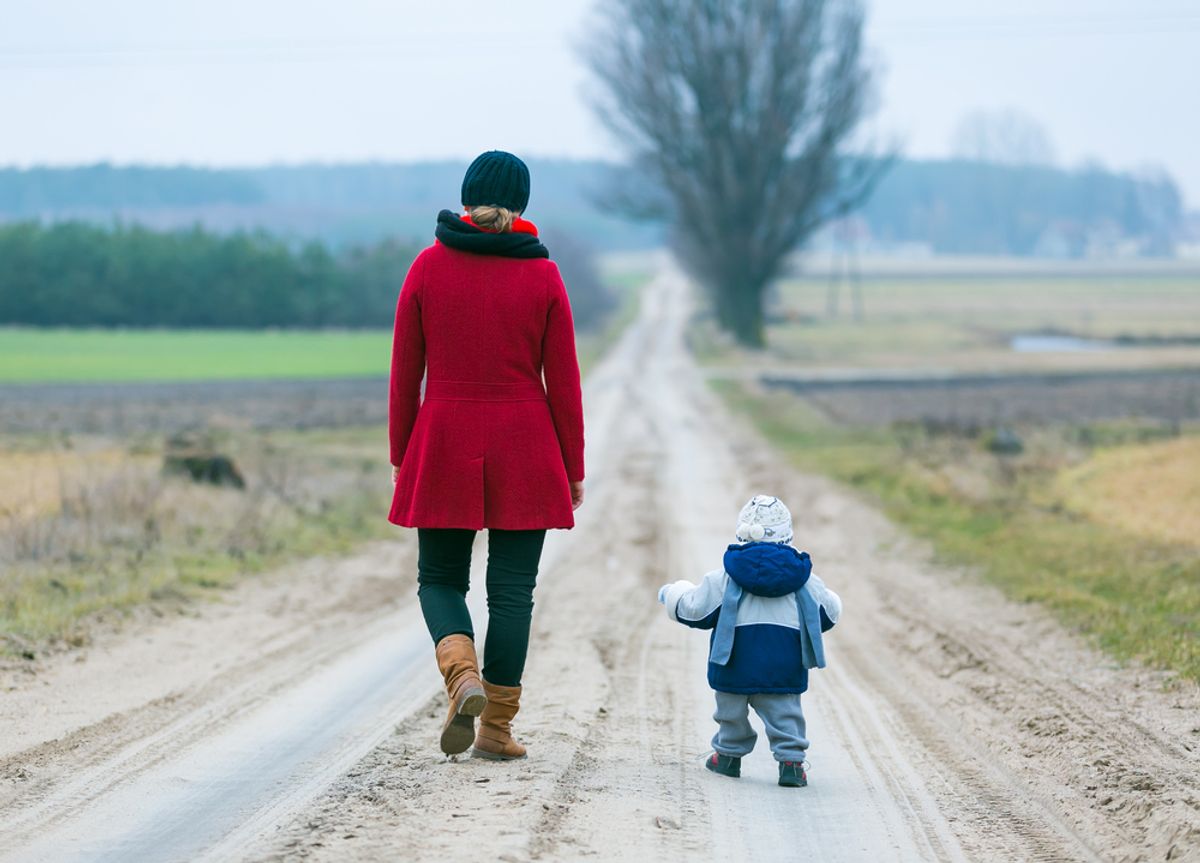 My daughter’s father and I didn’t manage to have a conversation about what having a baby meant until a week after my due date. We weren’t a couple, and he had drifted in and out of my life during the pregnancy in an emphatically non-committal way, but with an overdue baby big in my belly we got to talking. Pacing my apartment, he said, “What’s on your mind?” then fixed me with the imperious blue stare I now get every day from my girl, and unloaded.

“What do you care about? Are you ready to be a mother? What will you teach her? What kind of person are you, and what kind of mother do you think you’ll be?” He had just been an attractive friend, and this forced intimacy overwhelmed us.

More from DAME: "Are Women's Magazines Ruining Our Sex Lives?"

When I told him that having the baby made me feel brave and independent, I prickled with shame.

But it was an honest answer. The truth is, these days some women wear “single mom” like a badge of honor. When I was 23, I chose that badge, and, marrying six years later, it was with some difficulty that I gave it up.

I didn’t check the statistics while I was becoming one, but of course I was part of a trend. In 2011 to 2013, 18 percent of births in America were to unmarried mothers who did not live with the father (another 26 percent of babies were born to couples who lived together but were not married).  More to the point, I wasn’t alone in valuing parenthood over marriage. The Pew Center reports that in 2010, 52 percent of millenials said being a good parent was one of the most important things while only 30 percent said this of having a successful marriage.

While there’s plenty of speculation on what the large unmarried birth rate means for society, little is said for what being a single mom means to individual women, even though single motherhood has evolved into the perfect humblebrag. The exception is among women who identify themselves as “single moms by choice,” the older, richer women who purposely embark on parenthood alone and are turning the concept of single motherhood on its head. The very fact of becoming a “single mom by choice” means she’s thought about what being a mother, and specifically a single mother, would mean to her, and these women express themselves in nationwide and online communities and news coverage of the phenomenon.

More from DAME: "Having Herpes Made My Sex Life Better"

I wondered, fleetingly, during my pregnancy if I was a “single mom by choice.” But I got pregnant by accident and was definitely not prepared to become a mother beforehand. This didn’t seem like a community I could identify with, even though once pregnant, choosing to continue—the choice itself, even beyond the consequential baby—was very meaningful to me.

At a party the month after I graduated college, I hadn’t found a job yet, and I was feeling particularly blank. I told someone about the strange sense that I didn’t have an identity. He laughed it off and told me that I did. He was right, I did have an identity: My loving parents—a journalist and a lawyer—had sent me to private schools and a good college. I was White, privileged, tall. Like everybody else, I was born with an identity. I just hadn’t sculpted it yet.

A year later—when I found myself unexpectedly pregnant without a boyfriend, my decision to keep the baby involved more than a maternal urge. I had not led a challenging life so far. Expectations may have been high, but the stakes were not. I was bored, and the paved road I saw unfolding before me didn’t look too stimulating. I recognized in my pregnancy an opportunity to change. I had been held very comfortably for my whole life, but I imagined a certain freedom would come from being bound.

The sentiment dripped with romanticism and ego. I wanted my life to have a better story. The identity of “single mom” didn’t sound like stigma, it sounded like a blessed chance to make my own way. I was fortunate: My family was able to help me, and I knew I wouldn’t have to struggle to make ends meet. I had room to think about how the work and relationships and constraints of motherhood would shape my life. And when the baby was no longer an abstract choice but was a person about to make herself known, I admitted to her father that choosing to raise her had something to do with what I thought about myself.

“Does that mean that the baby is going to be some kind of martyr to an idea you once had about yourself?” His response couldn’t have humiliated me more.

There are times when we are allowed to make choices about what kind of person to become: We choose our careers, where to make our homes. But when that choice was to have a child, admitting that I wasn’t simply trying to responsibly suffer the consequences of unprotected sex, or just overwhelmingly maternal—admitting that I saw it as an advantage—made me grotesque.

But I was right. Being a young single mom was my first taste of life as raw and dynamic as it should be. It made it easier for me, always shy, to talk to people. It made some who would ordinarily have written me off take me seriously. It forced me to set goals and made it more difficult to achieve them. It liberated me.

More from DAME: "A Personal Message to the Duggar Girls"

For example, I believe I never would have become a nurse if I hadn’t borne my daughter. While I dutifully researched grad schools when she was nine months old because I thought I was supposed to become a lawyer or an academic, the appealing idea of becoming a nurse—getting up from the computer and helping people directly—crept into my mind. The understanding that I could do what I wanted was still so new to me that I sent a mass email to my friends asking if they thought it was okay. But I had already broken the habit of doing only what was expected of me, and gradually realized that I was free to consider anything.

After nursing school I found a job in an ICU, and discovered demanding, meaningful work and people who take the responsibility of thinking on their toes while caring for scarily ill people in stride. I will always be grateful for the circumstance that pointed me there, and I know that that circumstance is my child.

She is not a martyr. She has left a mark on me, and I on her. She is awesome and unusual, and I am her only possible mother.