Organized chaos: Behind every cherished moment at a Comic Con is a team of individuals desperate to please 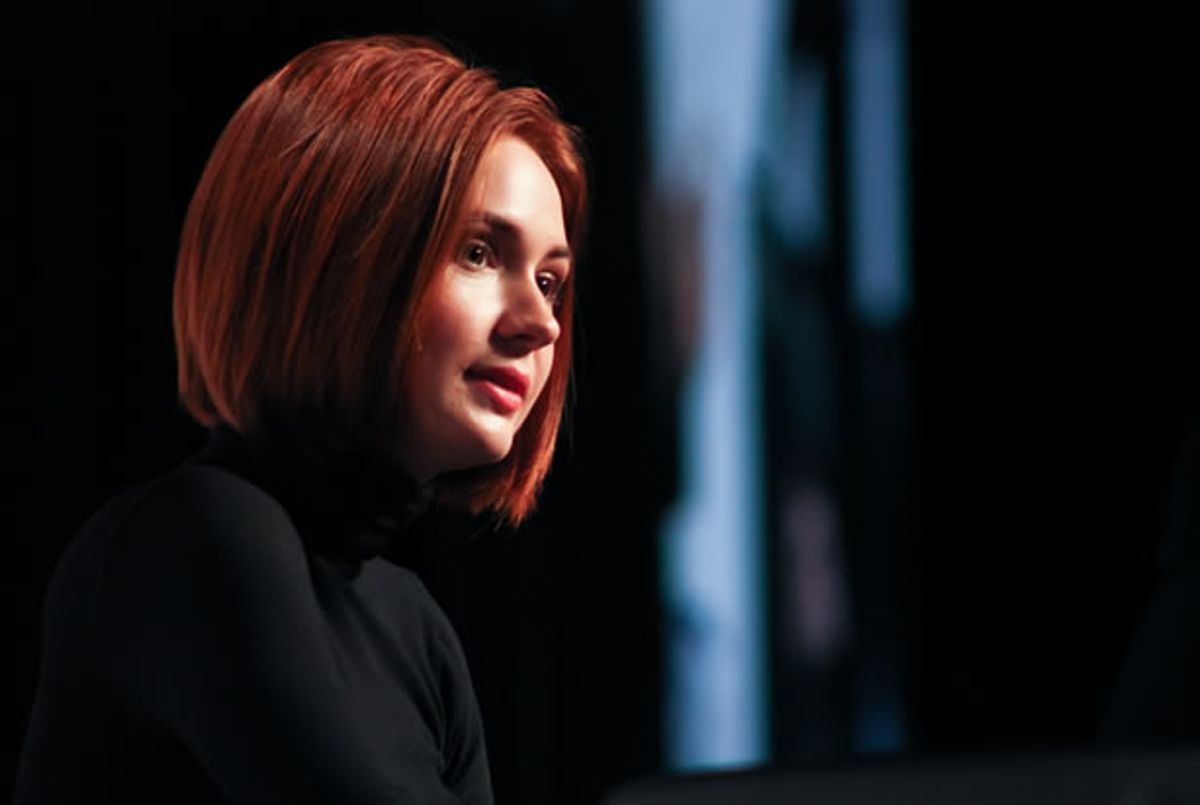 Devin Pike is tired. He was up at 3 a.m. to run the local morning show circuits encouraging even more people to an event that can barely accommodate the estimated 70,000 people already attending. Along with Show Director Ben Stevens, Programming Director Mark Walters, and Volunteer Coordinator Tracy Kelly, Devin struggles to prevent the organized chaos of the Dallas Comic Con from descending into the real thing -- and the effort clearly exhausts him. On the eve of the convention, as I waited in line for a press credential I would never receive,* I met a woman dressed as a S.H.I.E.L.D. Agent who kept referring to "the Director," and it wasn't until someone else asked her where "Director Pike" got off to that the reference sunk in -- and the comparison is apt, as both are in partially in charge of large, loosely knit organizations that always seems on the verge of falling apart and yet somehow still operate.

*I was told by the media agency running the press that neither Salon nor the Onion have sufficient "reach." One of their people "looked at the circulation numbers and they just didn't compete" with those who had been awarded credentials, which could only mean everyone else covering the convention worked for online pornography and kitten photos.

It shouldn't surprise you, then, that the Director was able to score me a pass* that afforded me access not merely equivalent to, but greater than, that of the press -- and one which I quickly, albeit accidentally, abused by following a bald man through a guarded door, almost ending up on stage with "The X-Files"' Mitch Pileggi. The door was manned by one of the legion of volunteers who keep the conference's inherent anarchy in check by dint of a pleasant demeanor.

*Which I not only deserved, but which was absolutely necessary, given that I would be moderating a panel with Haruo Nakajima, Kenpachiro Satsuma, and Tsutomu Kitagawa — three of the men who portrayed the iconic monster "Godzilla" on the silver screen -- on Sunday.

After I scuttled out of the spotlight, I asked the woman in charge of this particular door why she let me through. "You looked like you knew where you were going," she said. "And you had a badge." I was tempted to reply that the point of badges is to prevent people who look like they know where they're going from just going anywhere, but she had a point -- it's all about the badges.

And by "badges," I mean "lanyards." Around the neck of every attendee hung a lanyard declaring where and when this particular individual could move about the conference. If yours read VIP, you were welcome almost anywhere at anytime -- the front of the room, closest to the speaker, or the front of the line, first to acquire an audience. Premium, Deluxe, and Single Day followed suit, in descending order of importance.

The first panel Devin personally hosts is a little running late, which should've been expected, given that it was a Q&A session with Sylvester McCoy, the Seventh Doctor. As many of his companions have learned the hard way, trusting the Doctor to show up on time is a fool's errand, and yet the crowd sat patiently, not the least bit concerned about whether he'd arrive, or what mood he'd be in when he does.

When he finally did, he climbed onto the stage, under the table at which the interview would take place, and proceeded to regale the audience with tales of setting the world record for the number of ferrets a person can stuff in his pants.

"Just out of curiosity," Devin asked, "what was the record?"

"There was none! We invented it!" he replied.

By the time McCoy's panel ended, it was 8:15 p.m. I'd been there since seven hours, and had walked the 2 1/2 mile-long concourse at the Kay Bailey Hutchison Convention Center eight or nine times and was, understandably, beyond beat. Devin had been up since 3 a.m. and ran that same stretch countless times "putting out brush fires" throughout the day. I could only imagine how he felt -- and it was only Day 1.

On Day 2, I awoke at 3 a.m. to sound of thunder shaking my hotel room at the Dallas Omni. I don't mean this poetically -- I mean I was near the top of a tall hotel in the middle of a raging thunderstorm and the thunder shook the walls with enough force to knock pictures to the floor. This would become a theme.

As I paced the promenade early Saturday morning, everyone would stop on occasion as their cell phones blared, simultaneously, warning attendees of the flash floods outside. The weather in Texas had been historically horrible -- after weeks of complaining about Obama invading Texas via Operation Jade Helm 15, Texas Governor Greg Abbott actually reversed course on Wednesday, begging the federal government to come to his state's assistance, welcoming him with open arms. More pressingly for those at the convention, the weather had a distinct effect on face and body paint -- namely, that it was washing it away -- so people are coming in and trying, but failing, to apply another layer in corners and hallways without violating public decency standards.

Not that a little rain would have stopped them, mind you. People spend the better part of the year saving to attend a con. One woman I talked to spent hundreds on her VIP badge, hundreds more on the hotel room at the Dallas Omni, and thousands more on photographs with and the autographs of her favorite stars.

The longest lines at this Con were for Carrie Fisher, Goddess of Science Fiction Film, and Nathan Fillion and Alan Tudyk, the Gods of Science Fiction Television. Tudyk, in fact, is producing, writing, directing, and starring in a television show about conventions titled, appropriately enough, "Con Men." The lines for the women who played the Doctor's companions on "Doctor Who," Billie Piper and Karen Gillan, were almost as long, and I can only imagine how long the line would've been for Matt Smith, the Eleventh Doctor, had he not been forced to cancel his appearance.

As I witnessed these lines snakes down corridors and spill into causeways, they began to seem like a physical manifestation of the passion fans have invested in these individuals and the iconic characters they've played, and it's up to people like Devin to ensure that that passion is rewarded with an experience that is, if not equal to it, at least a reflection of it.

"The walkie-talkie," he told me, "that's how they got me." He's referring to the small squawking box which allows anyone on the band to contact him, and contact him they do. He compared the experience to being on the short-lived 1970s sitcom "Carter Country," in which Richard Paul played the incompetent mayor of a small southern town who, when faced with any task -- no matter its degree of difficulty -- would shout, "Handle it, Roy! Handle it!" to his police chief "Roy Mobey," played by Victor French.

It wasn't entirely clear where Devin fell on the "Handle it!" chain -- he delegated to others as often as he was delegated to -- and that is partly because of his habit of referring to everyone as "boss." It's an old technique in the sales and services industries, a way to play at equality in a hierarchical structure, and coming from someone other than Devin, it could easily have come across as condescending.

But in the quiet staging areas the crowds never sees, everyone from the men and women wheeling the endless barrels of trash from the convention floor to the handlers for Billie Piper -- "Rose Tyler" on "Doctor Who" -- is a "boss," and if they stopped taking the initiative Devin gently reminded them to, the entire convention would coming to a crashing halt. Only as the third day came to a close did cracks in Devin's affable veneer start to show. He was being besieged by phone calls about a children's costume contest that was in the more than capable hands of one of his volunteers, and as he and I waited for Karen Gillan -- "Amy Pond" from "Doctor Who" -- he briefly complained about the physical toll that managing an event this size took on his body. His knee had given out on him, and he just needed people "to do their damn jobs."

But the dark mood was passing, and three days from now, he said, "this will all have been worth it."