Your boss wants to control your vote: The real reason to fear corporate power

Our Citizens United outrage is misplaced: The real influence corporations have is over our livelihood & well-being 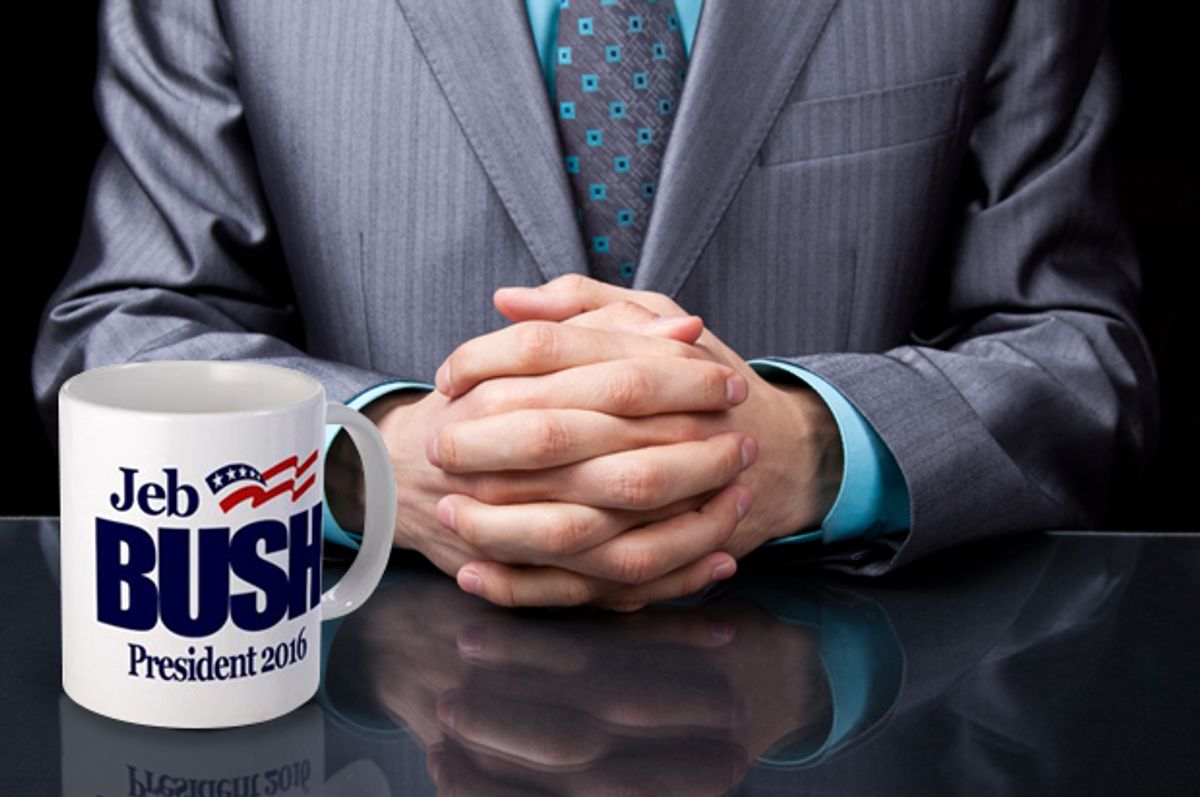 Money talks. But how?

From "Mr. Smith Goes to Washington" to Citizens United, the story goes like this: The wealthy corrupt and control democracy by purchasing politicians, scripting speech and writing laws. Corporations and rich people make donations to candidates, pay for campaign ads and create PACs. They, or their lobbyists, take members of Congress out to dinner, organize junkets for senators and tell the government what to do. They insinuate money where it doesn’t belong. They don’t build democracy; they buy it.

But that, says Alex Hertel-Fernandez, a PhD student in Harvard’s government department, may not be the only or even the best way to think about the power of money. That power extends far beyond the dollars deposited in a politician’s pocket. It reaches for the votes and voices of workers who the wealthy employ. Money talks loudest where money gets made: in the workplace.

Since December, Hertel-Fernandez has been surveying more than a thousand employees and more than 500 executives—board chairs, presidents, senior vice presidents—and top managers. He’s also conducted follow-up interviews with execs and managers, which he discusses in an unpublished paper “Office Politics: When Do American Firms Recruit Their Workers into Politics?” (He kindly gave me a copy.) His central finding, which has already attracted the attention of Vox and MSNBC, is that one of the most important ways that business influences and controls the political process is by mobilizing employees—sometimes coercively.

As the employees at Murray Energy in Ohio would be the first to tell you. In 2012, The New Republic ran a harrowing profile of the firm’s hardball tactics. Supervisors pressure new workers to sign up for an automatic payroll deduction; one percent of their wages is taken out for the company’s PAC. The CEO sends letters to workers at home, asking them to make additional donations to individual candidates. Workers are instructed to fill out and sign donation forms, which they send to company headquarters, along with personal checks. The company uses tables and spreadsheets to keep track of which worker has or hasn’t contributed. In August 2012, the company even required workers at its Ohio mine to attend a Romney rally, without pay, where participants held up a sign that said “COAL COUNTRY STANDS WITH MITT.” The New Republic interviewed several company sources:

“There’s a lot of coercion,” says one [source]. “I just wanted to work, but you feel this constant pressure that, if you don’t contribute, your job’s at stake. You’re compelled to do this whether you want to or not.” Says the second: “They will give you a call if you’re not giving. . . . It’s expected you give Mr. Murray what he asks for.”

While Murray Energy’s tactics may seem extreme, nearly half the executives and managers Hertel-Fernandez surveyed admit that they mobilize their employees for political purposes. Of those, 71 percent try to get their workers to support a specific policy or candidate (as opposed to just getting the workers to register or turn out to vote). Firms press workers to participate in company-sponsored town halls, where they are instructed about issues and candidate platforms; to show up at campaign rallies; to volunteer for candidates or make donations to campaigns; to lobby legislators; and to persuade their friends and families to support a policy or candidate.

According to these employers, leveraging their workers, along with more traditional modes of lobbying, is the most effective way to control the political sphere. That’s how firms get laws passed and candidates elected. Mobilizing workers, employers claim, is more effective than making campaign donations, buying ads, or investing in large corporate lobbies like the Chamber of Commerce. Workers seem to agree: almost half of the workers Hertel-Fernandez surveyed claim that they changed their political behavior or beliefs because of their employers.

One of the reasons employee mobilization is so potent a force is that workers can be deployed with almost military-style precision. As Hertel-Fernandez explains in his paper, firms have extensive HR offices, which compile databases about where employees live and who their legislators (local, state and federal) are. Firms issue specific instructions to specific workers living on a specific street, say, to write personal letters to a specific representative. Then the firms fire more volleys, lobbying that representative with reminders of how many letters were sent and from where.

To ensure that workers do as they are told, firms use online systems that track whether a worker opens an email from her boss, clicks on the links, downloads information and sends her message to her representative.

One of the reasons employees can be deployed with such precision is that they’re already under the thumb of their employers. The most powerful determinant of whether bosses mobilize their workers to support specific candidates or policies—and whether they see that mobilization as effective—is the degree of control they have over those workers. Firms that always engage in surveillance of their employees’ online activities are 50 percent more likely to mobilize their workers than firms that never do. Firms with greater bargaining power are also more likely to get their workers to do their political bidding.

Even with all that surveillance, however, bosses sometimes have to use more coercive methods. Of the more than 1,000 workers Hertel-Fernandez surveyed, 25 percent report being contacted by their employers about politics. Of those, he shows in his paper, 20 percent received threats: if they didn’t adopt the right political positions or engage in the prescribed political behavior, they’d lose their jobs, have their wages or hours cut, or see their workplaces closed. After a particularly sluggish season of employee giving in 2010, for example, Murray Energy’s CEO wrote his employees that “we have only a little over a month left to go in this election fight. If we do not win it, the coal industry will be eliminated and so will your job.” Anywhere from 4 to 14 million American workers experience  this and other kinds of intimidation on the job.

Since the Supreme Court handed down its decision in Citizens United, critics on the left, including Democratic presidential candidate Bernie Sanders, have been outraged by the claim that a corporation is a person. That claim actually plays far more of a role in Justice Stevens’ dissent than it does in the ruling opinion of the majority. It’s also hardly an innovation of Citizens United; it goes back to the 19th century. By focusing so much attention on it, critics misstate the actual problem of corporate power and political influence.

The real problem is that workers are the instruments of their bosses’ will. If a corporation were just a person, it’d have only one vote. But corporations and firms have more than one vote. Those additional votes can’t be measured by the money those firms spend in a campaign, by the ads and lunches firms buy. Every CEO’s vote is augmented by the workers he controls, by the votes he can deliver like the ward bosses of old. While Citizens United made that problem worse—not because of the unlimited cash it allows into the political sphere but, as some of its earliest critics noted, because of the restrictions it removes on the power of employers to influence and mobilize their workers—it was always and already there.

When we think of corruption, we think of something getting debased, becoming impure, by the introduction of a foreign material. Money worms its way into the body politic, which rots from within. The antidote to corruption, then, is to keep unlike things apart. Take the big money out of politics or limit its role. That’s what our campaign finance reformers tell us.

But the problem isn’t corruption. It’s capitalism. Workers are dependent on employers for their well-being. That makes them vulnerable to their bosses’ demands, about a great many matters, including politics. The ballot and the buck are fused. Not because of campaign donations but because of the unequal relationship between capital and labor. Not just in the corridors of Congress but also in the halls of the workplace. Unless you confront the latter, you’ll never redress the former. Without economic democracy, there’s no political democracy.