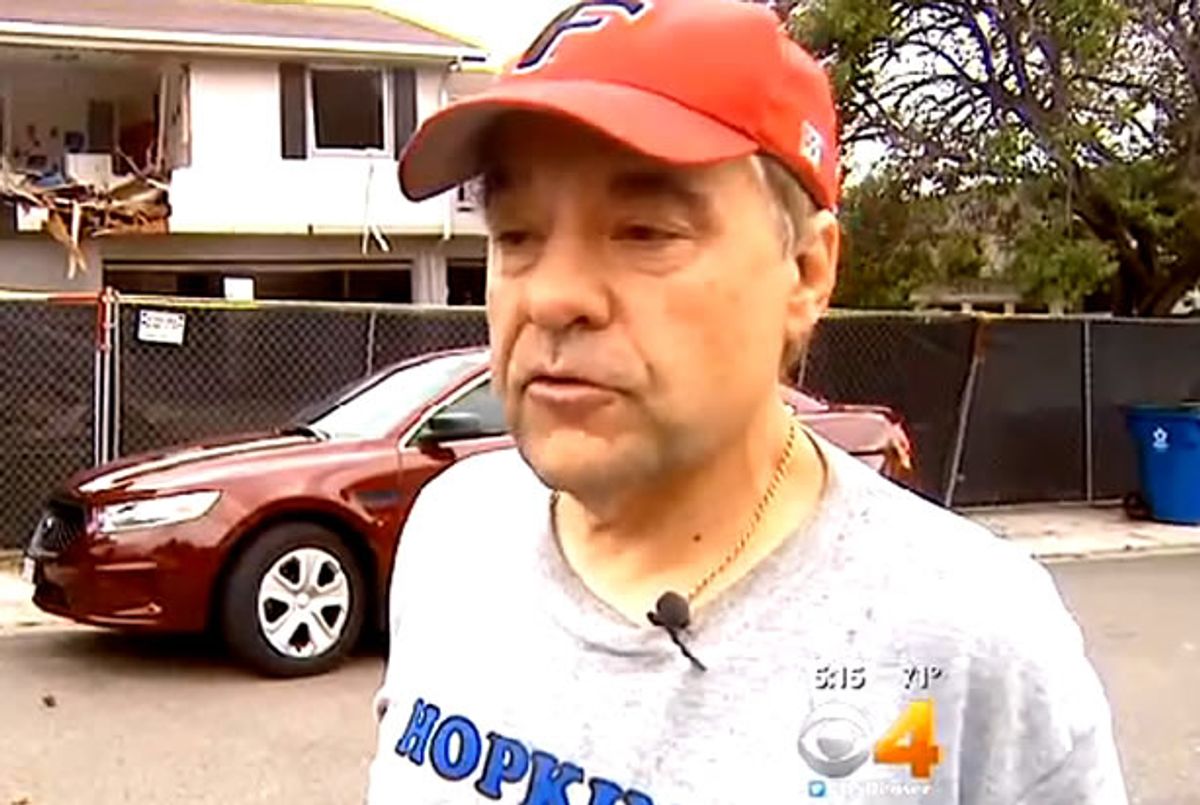 A Greenwood, Colorado man is demanding local police explain why it was necessary to demolish his house during a 19-hour-long standoff with an accused shoplifter, CBS4 reports.

Last Wednesday, Robert Jonathan Seacat was observed shoplifting at a Walmart. When confronted by security, he fled in a vehicle, which he later abandoned near a train station. Witnesses said that he might have been armed.

Seacat was later spotted in Greenwood Village, where he entered and barricaded himself in the home of Leo Lech. A nine-year-old child in the house was able to call 911 before escaping, but Lech remained trapped in the home with Seacat for the next 19 hours -- during which police proceeded to use a robot, explosives, and a breaching ram to do unspeakable damage to his home.

"This is a para-military action, done by para-military thugs. This is not a police force," Lech said. "To blow holes in every side of this house for one suspect with a handgun."

"If you look at the photos of Osama Bin Laden’s compound I would say his house looks better than mine does," he added. "There are things in there that can’t be replaced. You’ve destroyed a family’s life for nothing, absolutely nothing, due to poor decision making on the part of government officials."

A Greenwood Village police spokesperson told CBS4 that while the damage to the home is unfortunate, it can be repaired -- whereas lives cannot. Lech, however, said it's unclear whether his home can even be repaired, as his homeowner's insurance might not cover the damages do to a clause in his policy concerning "incompetent government action."

Watch a report on the incident via CBS4 below.