Fox News' Chris Wallace slams Rick Santorum: If the pope can't talk about climate change, why can you?

The pope, Wallace noted, has a degree in chemistry after all, so he is a scientist 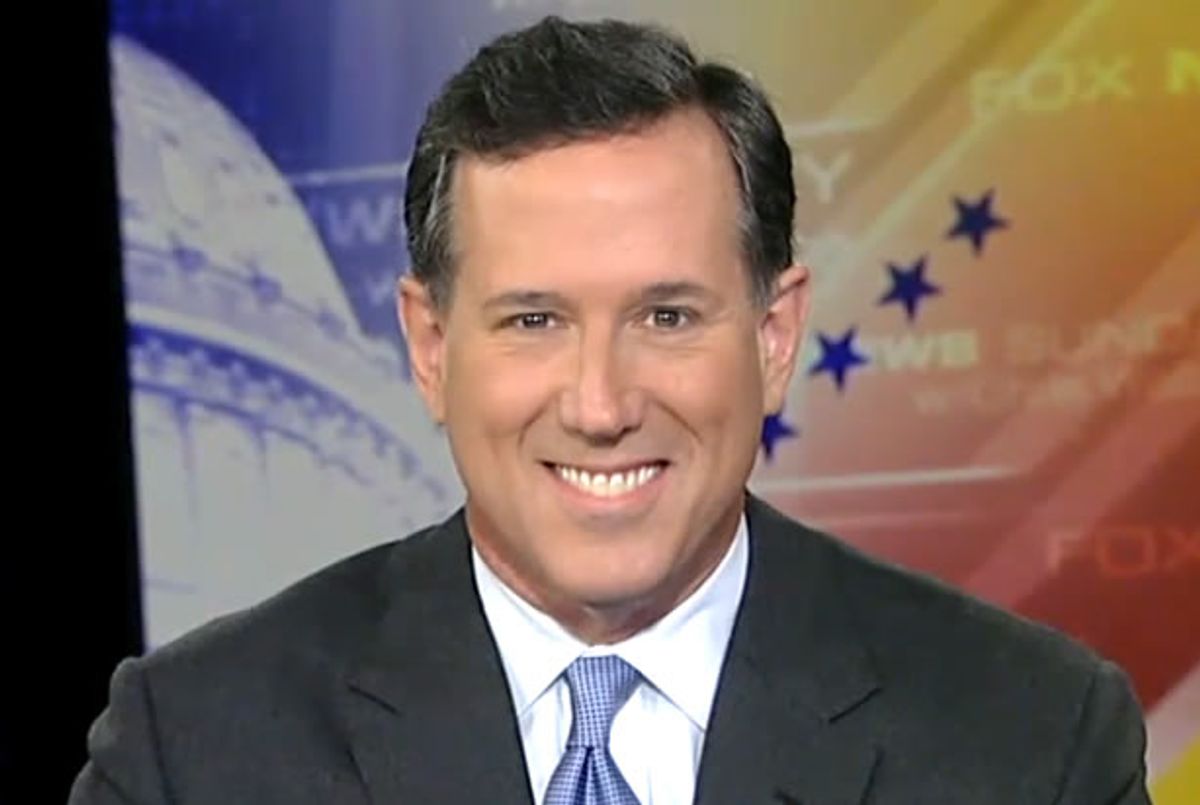 On "Fox News Sunday," host Chris Wallace grilled Republican presidential nominee Rick Santorum over his recent admonishment of Pope Francis, in which he told the Holy Father to stop talking about climate change because he's not a scientist.

Wallace began by noting that the pope holds a degree in chemistry, meaning that he is, at least in some sense, a scientist. But he granted Santorum his unfounded premise, saying "if he's not scientist," he said, "neither are you."

Santorum tried to respond to Wallace's stern rebuke, but Wallace just continued hammering. "That's just one point," he said. "The second point is somewhere between 80 percent and 90 percent of scientists who have studied this say that humans, men -- human activity, contributes to climate change. So, I guess the question would be, if he shouldn't talk about it, should you?"

Again, Santorum tried to reply. "We have to make public policy with regard to the environmental policy," he said, before Wallace again cut him off.

"But you're not a scientist!" he said. "You said leave the science to the scientists!"

"But the point is that politicians, whether we like it or not, people in government have to make decision with regard to public policy that affects American workers," Santorum replied.

"You don't think the pope has the right to talk about this?" Wallace asked.

"The pope can talk about whatever he wants to talk about. I’m saying, what should the pope use his moral authority for?" Santorum said.

When Wallace replied that the pope likely thinks that "protecting the Earth" falls within his moral purview, Santorum said that it was a matter of priorities, and that "there are more pressing problems confronting the Earth than climate change."