Fox News' religion correspondent: The Duggars should remain on TV because they're "not a bad example" of Christian living 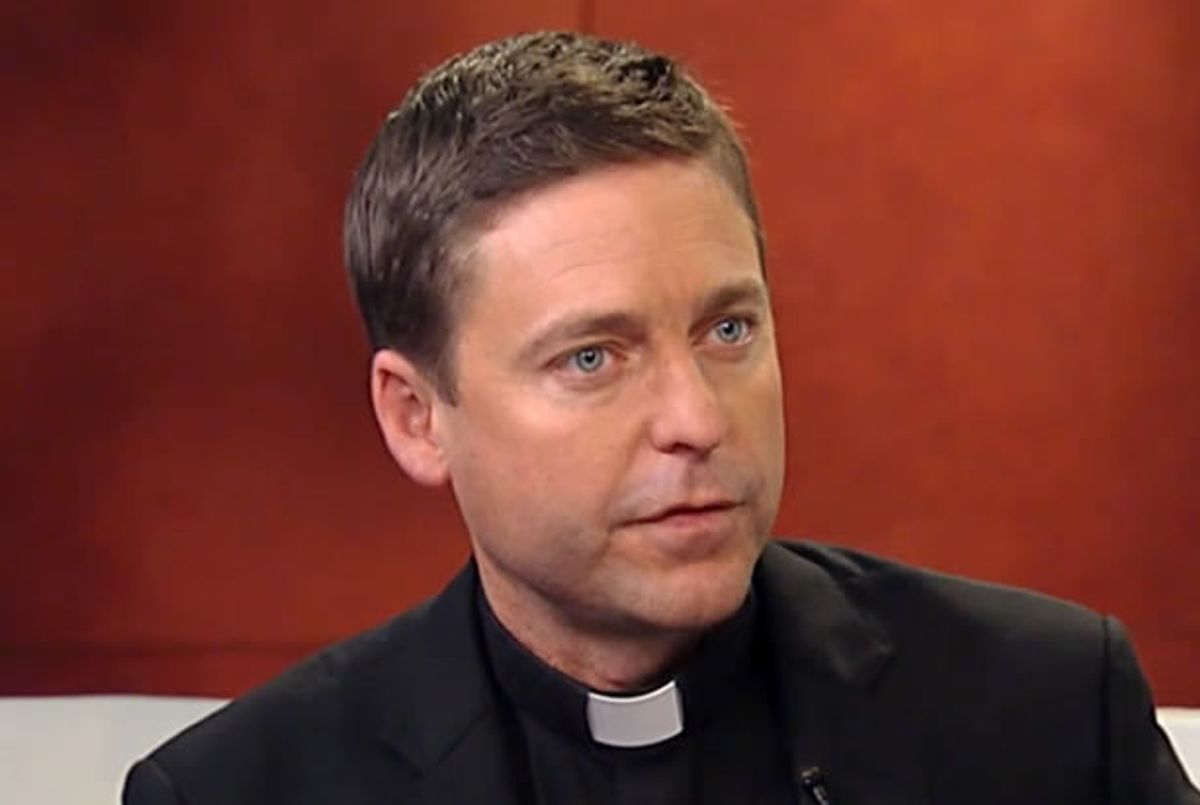 Fox News’ religion correspondent Father Jonathan Morris told the panel on “Fox & Friends” Sunday that he didn’t think TLC should cancel “19 and Counting” because, despite the Duggar family's well-chronicled fall from grace, they still set a better example of Christian living than most reality television shows.

Putting aside the fact that Jim Duggar lied to the officer he contacted about the number of instances of molestation Josh perpetrated, and that the family is continuing to lie about the circumstances in which Josh's records were obtained, Father Morris said that the family had been forthright in the manner in which this scandal has been handled. "They seem to have responded to it pretty well," he said, though he acknowledged "we don't know all the details."

One of the details we do know, however, is that contrary to Father Morris' claim that the family took him to a "professional, licensed counselor," Josh was referred to an unlicensed, Christian-based sex therapist. His lack of knowledge about the basic facts surrounding the case may be why Father Morris recommended that the show remain on air.

"Should Josh be on the show?" he asked. "I don't think so -- it would be very inappropriate. Is this family now a bad example because they had one child of nineteen that did something wrong, something very, very, very wrong?"

He answered his own question, saying that "I don't think we can say that this family is sort of a bad example. Think about what's on television right now. How about the Kardashians? Great examples? How about the real wives of Hollywood or New Jersey?" Father Morris mocked the "outcry" of those who think the Duggars "are bad for America."

"This social outcry that they are bad people and should be on television?" he asked. "I don't think so."

"Well," Tucker Carlson added, "they're not 'heroes' like Bruce Jenner, but that's a good point."