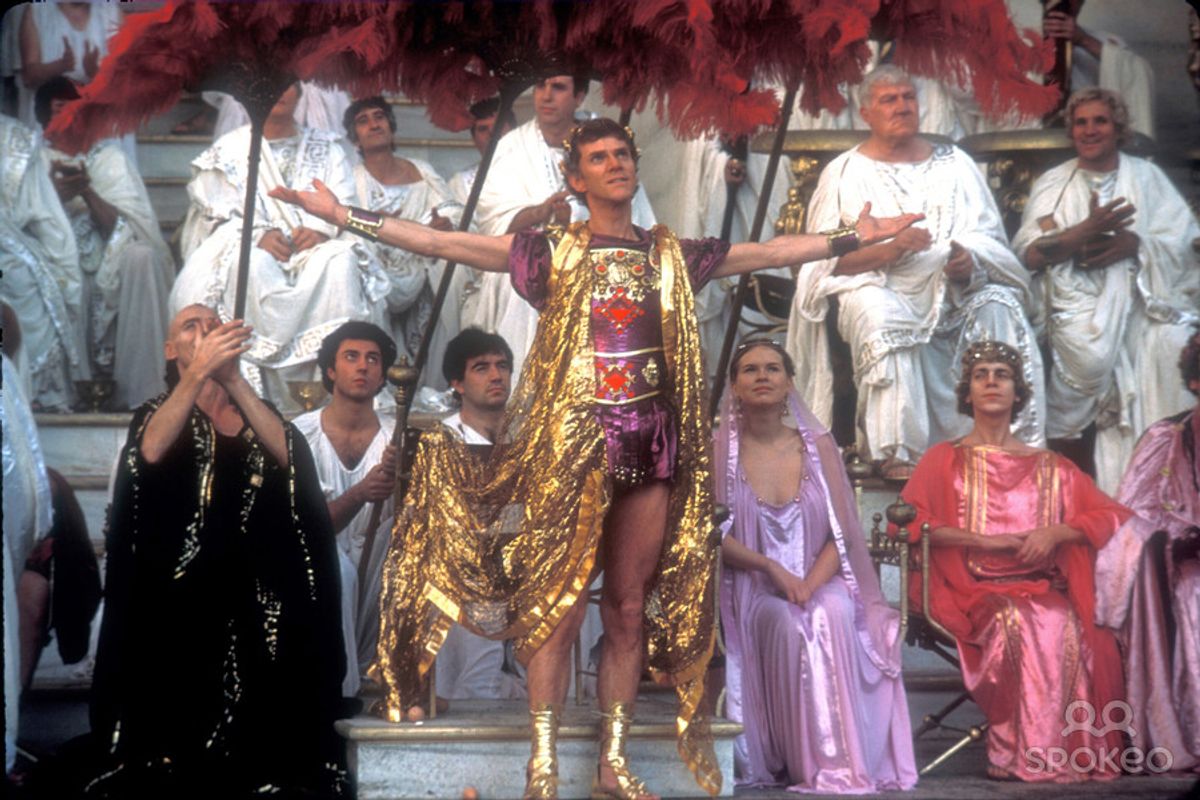 But perhaps the largest collection of antique erotica came out of the ancient city of Pompeii. Excavators found hundreds of sexually explicit images, sculptures and frescoes lining the walls of brothels, bathhouses and common households. One of the most famous items recovered was a sculpture of the god Pan having sexual intercourse with a goat. If the act of sex makes people squeamish, bestiality causes a full-on freakout. The piece, along with hundreds of other frescoes and sculptures was originally put on display in the National Archeological Museum of Naples. But after King Francis I of Naples stopped in for a visit, he ordered the explicit material placed in what would eventually be called the Secret Museum. The artifacts remained hidden away for over a century.

In 1839, the daguerreotype was introduced (an early version of the photograph). Sure enough, a few enterprising individuals quickly found a way for the technology to serve more pornographic purposes. A 2006 paper by professor Joseph Slade suggests the first pornographic daguerreotype surfaced in 1846. The image depicted “a rather solemn man gingerly inserting his penis into the vagina of an equally solemn middle-aged woman.” Eleven years after that, the word “pornography” was officially added to the English language. At the time, it was defined as “writing about prostitutes.”

Finally, film comes into play. Thomas Edison’s The Kiss was made commercially available in 1896. As the title suggests, the film portrayed cinema’s first kiss. It may sound a little vanilla these days, but it did create somewhat of a scandal back then. Then again, it didn’t take filmmakers very long to start producing dirtier material.

In spite of the complications that came with producing and distributing pornographic content, the material remained popular. So much so that in 1951, the X-rating was formally introduced. Two years later, 27-year-old Hugh Hefner founded Playboy magazine.

But things didn’t continue without incident. In 1957, Samuel Roth was convicted of mailing obscene material through his book-selling business in New York. The case eventually made its way to the Supreme Court. In a 6-3 decision, the Court ruled that “obscenity” is not protected speech, and that Congress could ban material that was “utterly without redeeming social importance.” The ruling put much of mainstream pornography at risk. Roth was jailed on obscenity charges on several occasions. One such instance involved the banned novel Fanny Hill.

Braun’s business partner, Reuben Sturman, controlled things on the American front. To make the films more accessible Sturman started showing Braun’s work in his “peep show booths." The coin-operated machines projected the film in loops, in enclosed booths. When the money ran out, the film would stop. Should viewers crave more material, all they had to do was pop in another quarter. Sturman made sure to arm each booth with a box of tissues. They later became known as “pay and spray booths.” Between 1971 and 1974, Sturman placed 60,000 booths throughout the U.S. and Canada.

We make take it for granted now, but the ability to pause, fast-forward, rewind, and rewatch video changes the experience entirely. Fans of Internet pornography can relate. When it comes to the pursuit of pleasure, a tailored experience is often best. Home video allowed individuals to take it a step further and record their own sexual experiences (now we know why the phrase “home-made” sounds so dirty). This kind of entertainment would make it big in a few years time. The Kim Kardashian sex tape, released in 2007, would become the most-viewed video of all time, with more than 93 million views.