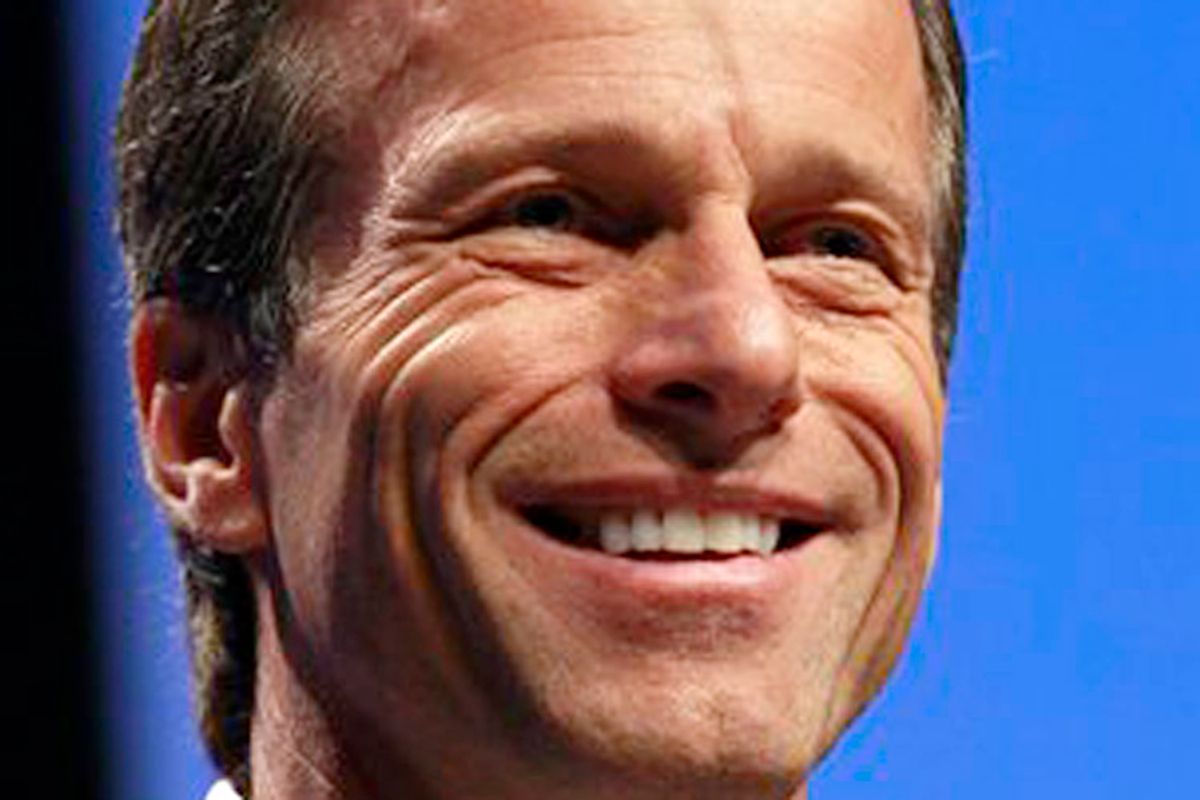 Republican Senator John Thune of South Dakota took the GOP's Obamacare insanity to new heights on Monday, tweeting a nonsensical attack on the president ahead of a much anticipated Supreme Court decision on health insurance subsidies for low-income Americans in states whose typically Republican-controlled legislatures refused to implement their own state-run exchanges.

Thune's concern-trolly attack? If the Supreme Court aids the GOP effort to gut Obamacare by striking down the subsidies, that's the fault of...Obamacare and the president. Really:

Thune's logic is tortured, at best. Plagued by an inability to present a viable Obamcare alternative, Thune and other GOP senators were forced to cosponsor a temporary extension of federal subsidies back in April in the event the Supreme Court struck down the existing regime. Thune and his fellow Senate republicans fear the blowback of stripping insurances from millions of Americans ahead of a presidential election. Their extension would only last until 2017.

Given that 34 states could be impacted by a decision striking down subsidies, the political back-flips may be necessary to protect vulnerable Republicans.