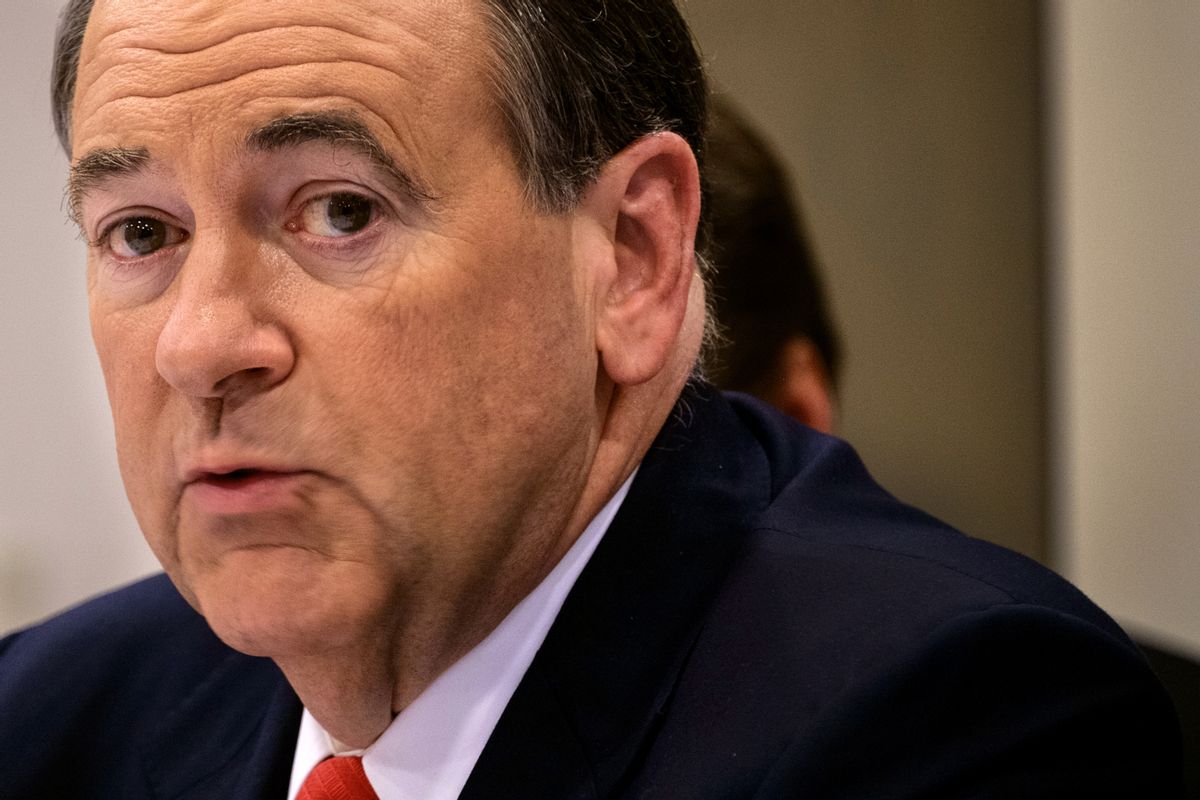 Mike Huckabee has displayed a bizarre fascination with using trans rights as an excuse to spy on teenage girls while they shower, and now he's defending his views as "common sense."

During an interview with Iowa talk radio host Steve Deace on Friday, the former Fox News host and Republican presidential hopeful doubled down on a controversial "joke" he told at the National Religious Broadcasters convention in February, when he claimed he should have pretended to be transgender in high school so he could gain entry to the girls' locker room. Huckabee's remarks picked up steam last week after being circulated by BuzzFeed and elicited criticism from numerous media outlets (including this one) -- but the former Arkansas governor thinks that's just an example of the media's "misplaced priorities."

"I take nothing back from that speech," Huckabee told Deace. "I’m kind of glad it’s posted because people, if they watch the whole clip, what they’re going to see is that I’m giving a commonsense answer to the insanity that’s going on out there."

The "insanity" to which Huckabee referred is likely a number of statewide non-discrimination laws meant to protect trans individuals across the country, which conservatives claim will promote harassment among cisgender people, especially students. A recent Media Matters investigation discovered that such non-discrimination measures have not only failed to increase instances of harassment or abuse, but have actually opened up opportunities for trans students to be treated like the human beings they are. Huckabee indicated, however, that identifying transgender experiences as valid is merely a form of pandering.

Listen to Huckabee's defense of his "joke," via Right Wing Watch, below: