More Duggar bombshells are coming: "We have some significant things coming out" says InTouch editor 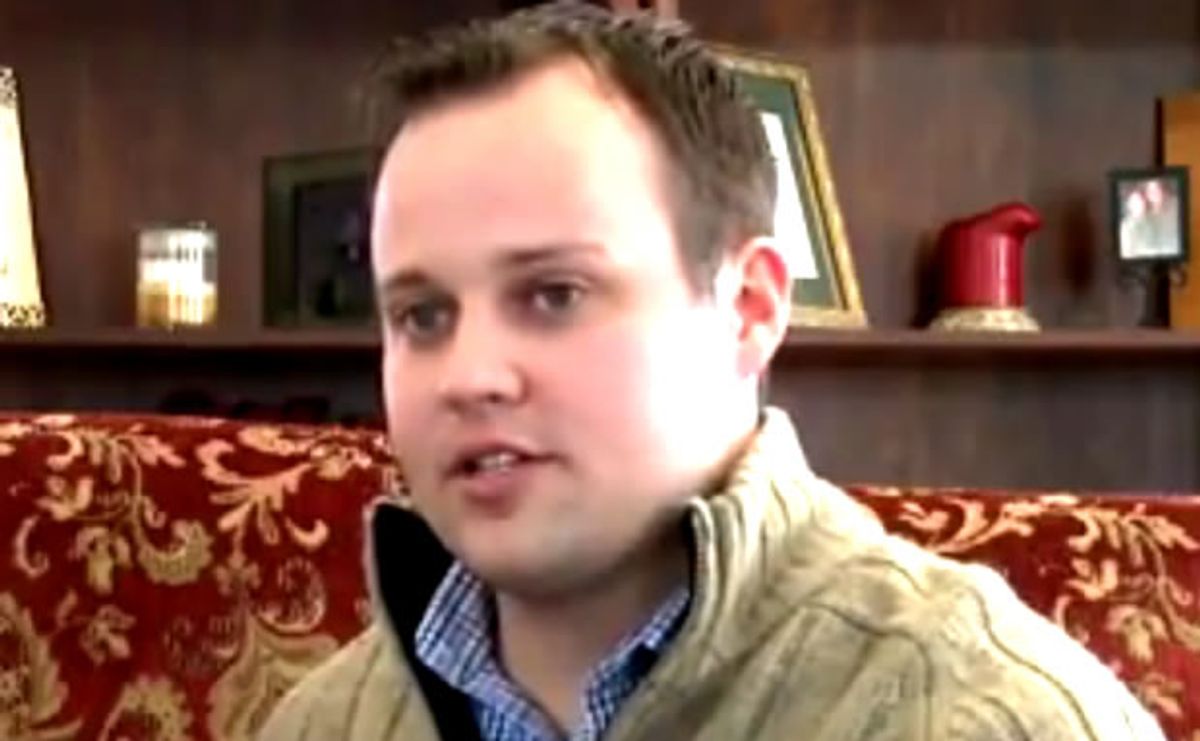 The editorial director of InTouch says there's a whole lot more to say about the Duggars.

David Perel, who runs the magazine which broke the story about Josh Duggar's sexual molestation of several sisters, told the Washington Post that they are not done yet.

"Do I have more information on the Duggars in general?” Perel said to the Post. “Yes, I’d say we have some significant things coming out."

The Post also reconstructed where the Duggar story originated from -- and suggested "a woman named Tandra Barnfield apparently was a helpful guide."

Barnfield was contacted by an InTouch reporter, Melissa Roberto, earlier this year after Barnfield posted a photo on Instagram of her kissing her wife, Samantha Muzny, in front of the Duggars’ home near Springdale, Ark. The photo — a protest, Barnfield said, of Michelle Duggar’s role in promoting opposition to an anti-discrimination initiative last year — had gone viral.

During their conversation, Barnfield, who lives in the Houston area but has family in Springdale, told Roberto about the police report. “It wasn’t like it was a rumor to us,” Barnfield said in an interview. “We knew all about it. . . . It wasn’t hard to get it. You just had to know where to look.”

In fact, it was a little more complicated than that. Perel quickly dispatched two reporters to Springdale and hired a local law firm to advise the magazine about Arkansas’ open-records law, which enables residents (but not reporters from New Jersey) to obtain public documents.
The law firm filed the records request — and was rewarded with a copy of the original police report several days later.