The United States just lived through its wettest month on record 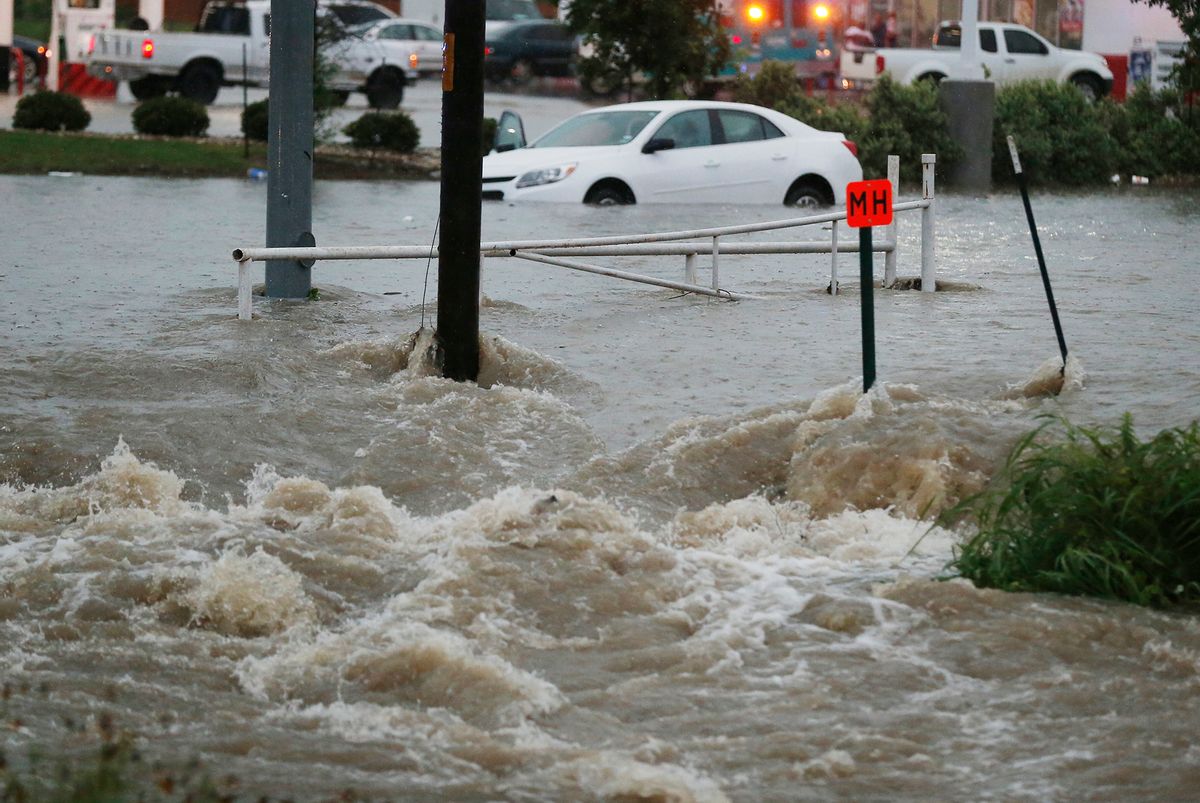 A motorist is rescued from a car trapped at a low spot near an intersection Monday, May 25, 2015 in Waco, Texas. Widespread flooding and trapped vehicles were reported throughout the area. (Rod Aydelotte/Waco Tribune Herald via AP) (AP)
--

This past May in the United States wasn't just really rainy -- it was the country's wettest month in 121 years of recorded history.

The contiguous U.S. received 4.36 inches of rain last month, NOAA reports, a full 1.45 inches above average. With the exception of the East and West Coasts, much of the country saw highly above-average precipitation levels; Colorado, Texas and Oklahoma had their wettest Mays on record, and the latter two had their wettest months, period.

Dozens were killed across Oklahoma and Texas, which saw an estimated 594 flash flood warnings in May alone -- 97 more than were issued in all of 2014. The downpours also put an end to the two states' widespread droughts; 37.4 percent of the contiguous U.S. was in a state of drought at the end of April, but by the beginning of June, that had dropped down to 24.6 percent.

All of this, of course, comes as little consolation to California, where drought conditions are just as bad as ever.

Climate change didn't cause the rain to fall in May, but it very likely made the bad weather worse: scientists say that climate change exacerbates both wet and dry extremes, and "extreme precipitation events" in the U.S. are already becoming more common and more extreme.