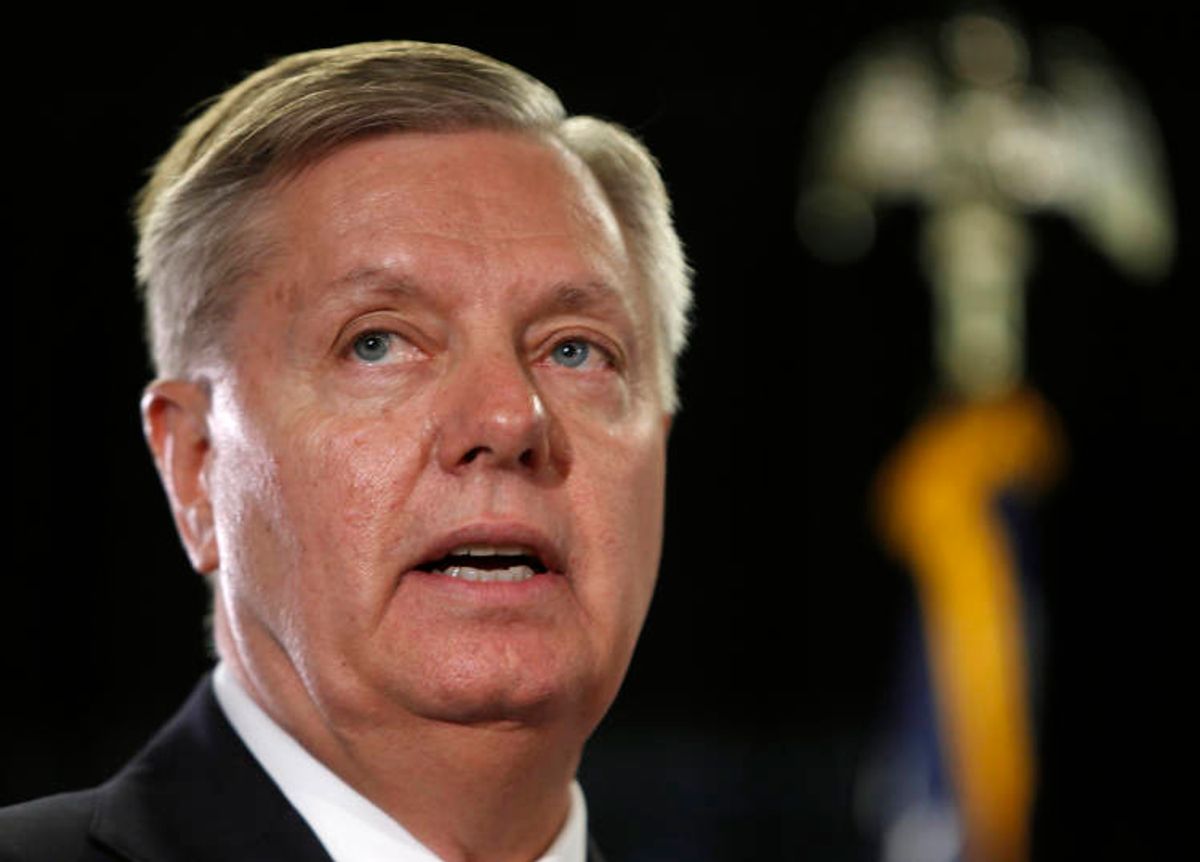 A North Carolina Republican thinks it's about time his party starts taking climate change seriously, and he's pledging $175 million to make it happen.

Sorry -- $175 million is great, even if it is no match for the nearly $1 billion the Koch brothers are relying on to ensure that we keep on relying on fossil fuels until the bitter end. More newsworthy, perhaps, is just the idea that the donor in question, Jay Faison, sees a Republican way forward on climate change that involves a) acknowledging the science and then immediately moving on to b) actually advocating for solutions. He's running a $165 million campaign through the ClearPath Foundation as a means of achieving this end, and is pouring an extra $10 million into a separate, more secretive nonprofit group.

“I always felt a little alone out there as a Republican, and so I started ClearPath to create a dialogue around this in a way that hadn’t been done before and sort of be part of the solution,” Faison told Politico. “We think that there are real Republican solutions to the problem.”

The ClearPath website, which launched Tuesday, has everything: paeans to energy independence, a list of the conservative-friendly leaders -- the six major oil companies, the Department of Defense, 83 of the Fortune 100 -- who've acknowledged that humans are causing climate change, a Reagan quote ("What is a conservative after all but one who conserves..."). It's heavy on the clean energy angle, but click through further, and you can find a primer on the greenhouse effect and a neat debunking of common climate denier myths.

But much of it, Faison said, is aimed at overcoming not denial, but the also insidious problem of Republican apathy toward climate issues. Hence the focus on renewable energy's promise. In sharp contrast to Koch-style energy policy, which rejects clean energy on ideological principle -- because it's in line with the Obama administration's climate agenda -- even when policies have bipartisan support, Faison's thinking is more in line with Tea Partiers, who in state battles are known to side with rooftop solar over the big utility companies. He envisions a libertarian "clean energy revolution" in which "Americans will power their own homes and no longer rely on government utilities."

Faison might run into trouble, however, when it comes to finding a candidate to throw his support behind. So far, according to Politico, he's donated $50,000 to Jeb Bush's Right to Rise PAC and $25,000 to Lindsey Graham. Both have presumably distinguished themselves just by their willingness to engage, on some level, with climate issues -- Graham, despite an extremely shoddy record on the environment, promised this weekend that if he wins the presidency, "we’re going to address climate change, CO2 emissions in a business-friendly way." Jeb Bush is all for buzzwords -- he thinks we should "embrace innovation, embrace technology, embrace science" -- yet he maintains that it's "arrogant" to believe the science on climate change and, for that matter, doesn't really believe in climate solutions.

“This is an issue that … they haven’t clearly articulated yet,” Faison acknowledged. And there's not necessarily a lot of motivation for them to do so. According to a poll cited by Politico, "only 18 percent of likely Iowa Republican caucus participants believe GOP presidential candidates should 'spend a lot of time talking about' climate change."

Bigger questions remain, of course, about whether Faison's vision for Republican-style climate action would result in anything meaningful. A true understanding of the science, after all, would have to acknowledge that not only is climate change real, but it calls for drastic and urgent action -- the world needs to agree to reduce greenhouse gases as rapidly as possibly, and while supporting the growth of the clean energy market is certainly an important component of that, a small-government, anti-regulatory strategy -- even one involving a carbon tax -- probably isn't going to get us all the way there. As David Roberts has argued, "Progress on climate policy is going to be piecemeal, halting, ugly, and hard fought...There is just no plausible laissez-faire route to 2 degrees."

Still, if Faison could help the GOP envision, and perhaps embrace, a fossil fuel-free future, that'd be an accomplishment in itself.