How curious that 14-year-old Duggar gets a pass...but a 14-year-old African-American girl is "no saint" 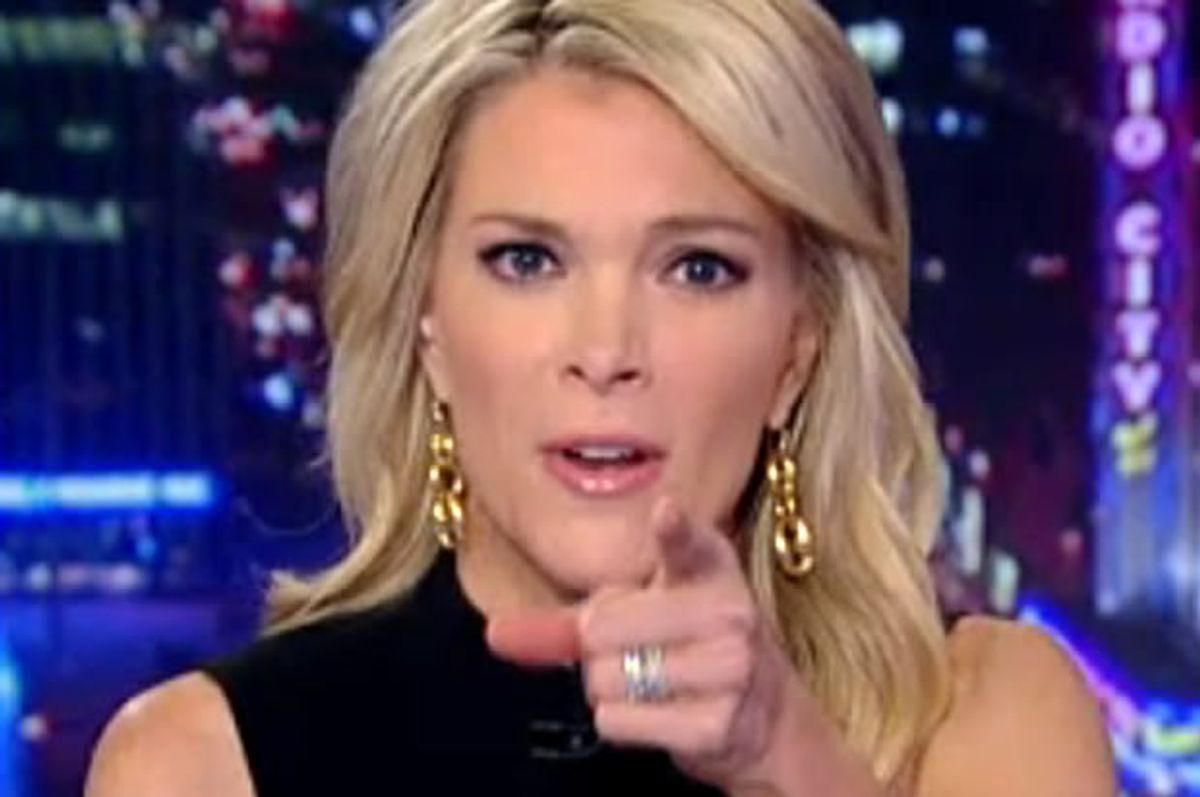 There is not a whole lot -- if anything, honestly -- that I find defensible about the way Jim Bob and Michelle Duggar handled their son Josh's sexual abuse of four of their daughters when he was 14 years old. Megyn Kelly, who scored an exclusive interview with members of the Duggar family last week, would seem to disagree.

Kelly is not the only person who has has been rather lenient in her assessment of the abuse scandal, though she's been far less outspoken than some of the Duggars' most ardent defenders, including Republican presidential candidate Mike Huckabee and former Republican vice presidential nominee Sarah Palin. But the Fox News host's defense of the family has been rather clear, especially of offending son Josh: Kelly recently defended his former employer, the Family Research Council -- which has been classified as a hate group -- for having "strong Christian values," and she has been particularly sympathetic to the violation of privacy inherent in the release of police reports involving minors, underscoring that Josh was 14 when he first molested his sisters.

"This is a story about a family in trouble, and they went through something terrible, and now are going through something terrible again," Kelly said on her show last week. In her interview with the family, she also alluded to "the terrible choice these parents faced" in having to (maybe wait a year or so to) turn their son in. Her stance is pretty clear, and it echoes that of other Duggar defenders: Josh Duggar was a boy who did something bad, but his family has forgiven him and he was never charged, so maybe it will all be okay.

But that's not quite the approach Kelly has taken to an incident of police brutality in McKinney, Texas over the weekend, of which video footage began circulating promptly. The clips show a white police officer, Corporal Eric Casebolt, pinning down 14-year-old African-American girl Dajerria Becton -- who Kelly characterized as being "no saint either" on "The Kelly File" on Monday.

Calling Becton out for having "continued to linger" after police arrived on the scene in McKinney, Kelly explained that she didn't mean to defend Casebolt's actions -- but she did insinuate that a 14-year-old failing to comply with instructions (such shocking behavior for a kid Becton's age, really) could be culpable for a cop pulling out his gun. The host's treatment of Becton not only smells like victim blaming, but also seems rather curious in the context of her compassion for the Duggars. A 14-year-old white boy who molested his younger sisters as well as a family friend gets a free pass, but a 14-year-old black girl who got kneed in the back by a cop is "no saint"?

Kelly has also criticized those who say the law enforcement response in McKinney had troubling racial implications. Interesting how that works.