JCO, you are a national treasure 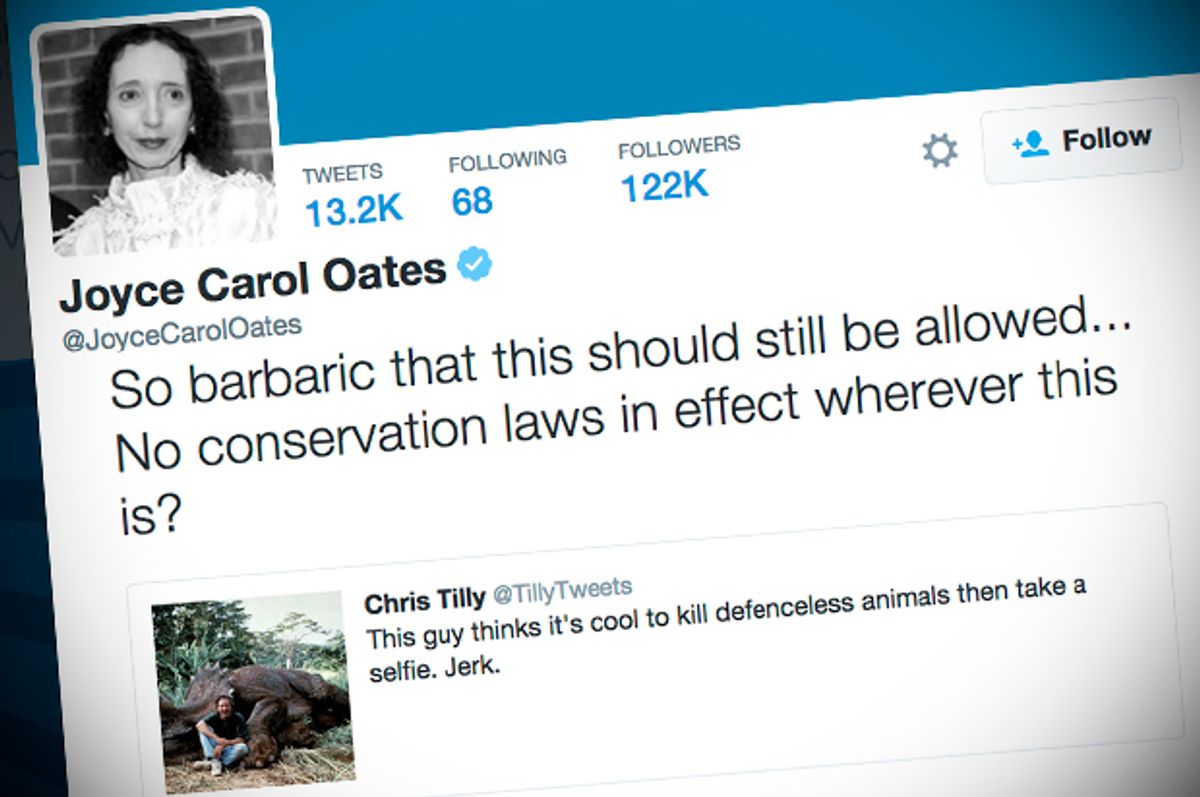 many of my tweets are meant to be funny; but I guess that is not always a good idea.

when you'd originally written, I could not open the link & really had no idea what you meant.  now I remember.  sorry!

And the mystery is solved. Good joke, Joyce!

Earlier: On Tuesday, Joyce Carol Oates, the American author whose Twitter feed is an jewel box of absurdist, vaguely offensive half-thoughts, showed her stripes as a true conservationist.

Oh man, I bet that guy is so humiliated and will never post to another trophy hunting message board again!

Just kidding, the animal in that picture is a triceratops (which is a dinosaur which is extinct) and the killer is Steven Spielberg. It's a photo from the Jurassic Park set. Do you get it?

There are only three possibilities. I will list them here, as well as their likelihood:

Regardless, the tweet prompted some really wonderful responses (including from conservative pundit Dana Loesch who is, by all other accounts, an actual swamp witch):