Megyn Kelly: McKinney teen wrestled to the ground by cop "was no saint either" 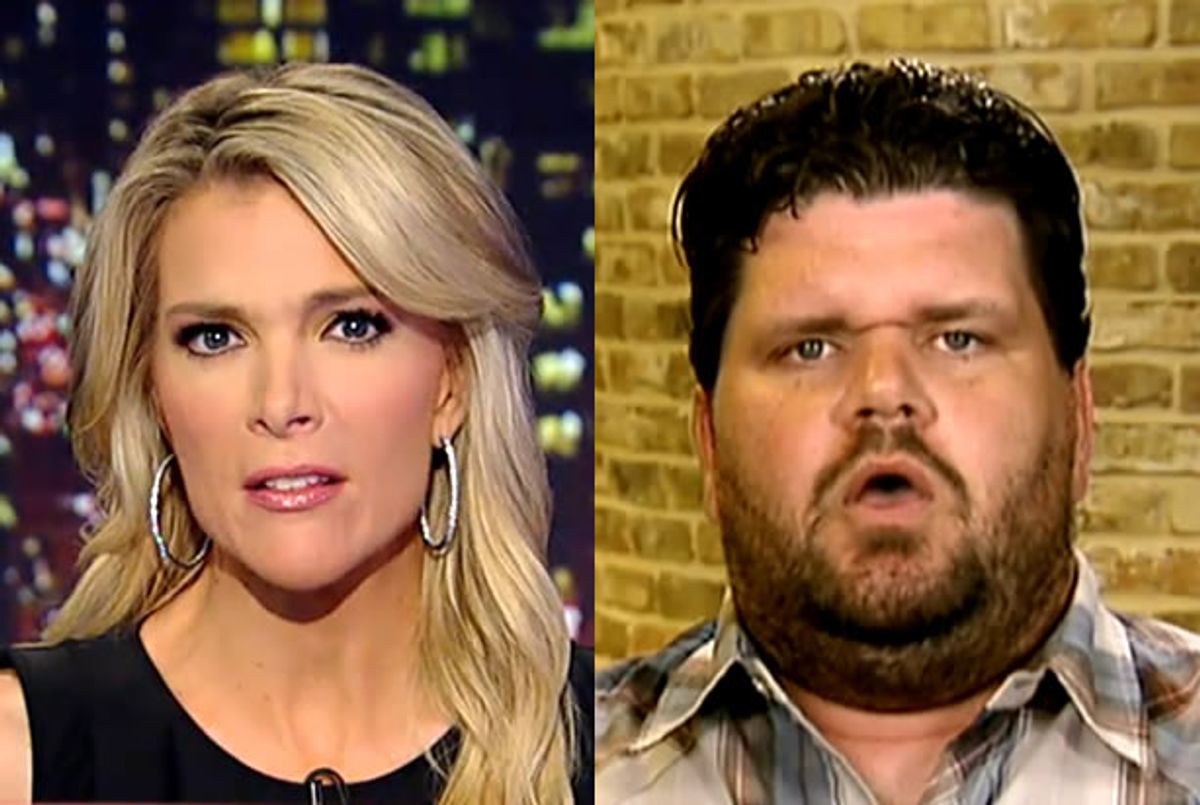 On "The Kelly File" Monday, host Megyn Kelly spent almost half the program trying to justify the decisions made by the police during the incident at a McKinney, Texas pool party on Friday.

Kelly began by talking to "Sean," a man who was at the pool party with his wife and young children. He said he called police because "the music that the DJ was playing wasn't appropriate for my son, or even for the teens."

“Sean” said that situation only got out of hand, however, when the teens at the party began to “attack” residents by calling them “racist.” White residents had complained to the pool security guard that the group of teens -- who were attending a combination graduation/birthday party -- didn’t look like they lived in the community.

"So the teens who were jumping the fence were calling residents 'racist,'" Kelly said, speaking for aggrieved white conservatives everywhere who know that there's no violence more violent than being accused of believing what many white conservatives proudly believe.

Not surprisingly, “Sean” claimed that none of the residents used racist terms. According to him, witnesses were lying when they said white residents taunted the teens and told them to go back to public housing.

"The stuff I was hearing," he said, "was towards the residents that 'you guys just don't want black people here' and 'you're racist.'"

Kelly later interviewed former Los Angeles Police Department Detective Mark Fuhrman -- a man who knows a thing or two about racism and community policing -- about how suspended Corporal Eric Casebolt treated Dajerria Becton, including whether he should have pulled his gun on her.

Fuhrman, surprisingly, said that Cpl. Casebolt handled the situation poorly, and that there was no cause for him to have pulled his gun. Fuhrman explained that he had probably panicked because he had run out of handcuffs, but that he shouldn't have been handcuffing the teens in the first place.

Kelly leapt to Cpl. Casebolt's defense, saying that Becton "was no saint either," and noting that she had been told to walk away and hadn't. "I'm sure [Cpl. Casebolt] didn't know she was 14 at the time," Kelly said, suggesting that if he had, he would've treated her differently.