NYPD commissioner Bill Bratton on why police racial disparity is so hard to fix: "So many [black men] have spent time in jail"

Ironically, Bratton has also said that police are to blame for the "worst parts" of black history 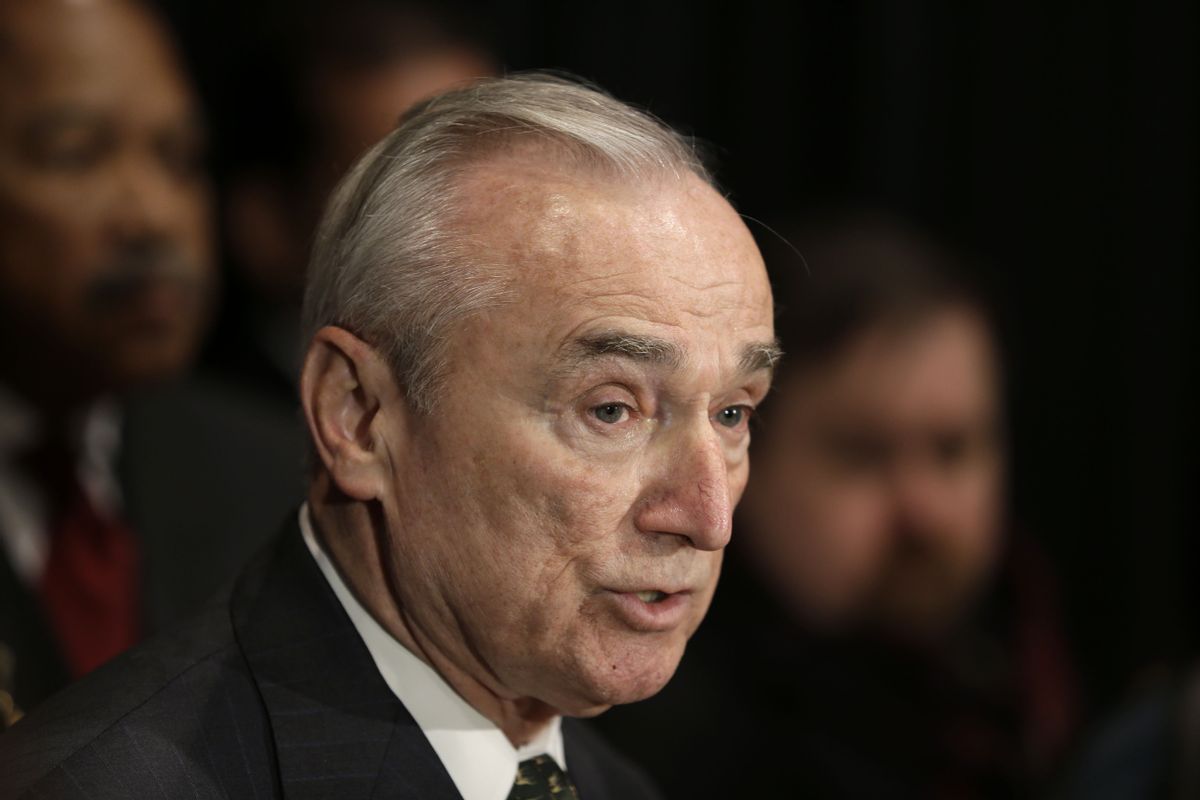 The onslaught of police brutality and overreach in Ferguson, Baltimore, New York and, most recently, McKinney, Tx. in the past year has forced the U.S. to confront the homogeneity of our police departments -- in general, they are caucasian and they are male.

"We have a significant population gap among African American males," he said in an interview with The Guardian, "because so many of them have spent time in jail and, as such, we can't hire them."

Why? Bratton blames it on the "unfortunate consequences" of New York's defunct stop-and-frisk policy that has meant that many black men have to appear in court.

The policy was struck down in 2013 in court with district court judge Shira A. Scheindlin calling the practice "a policy of indirect racial profiling... [with officers stopping] blacks and Hispanics who would not have been stopped if they were white."

Earlier this year, Bratton said that police are largely to blame for the "worst parts" of black history.

"Slavery, our country's original sin, sat on a foundation codified by laws enforced by police, by slave catchers," he said in a speech. "Since then, the stories of police and black citizens have intertwined again and again. The unequal nature of that relationship cannot and must not be denied."