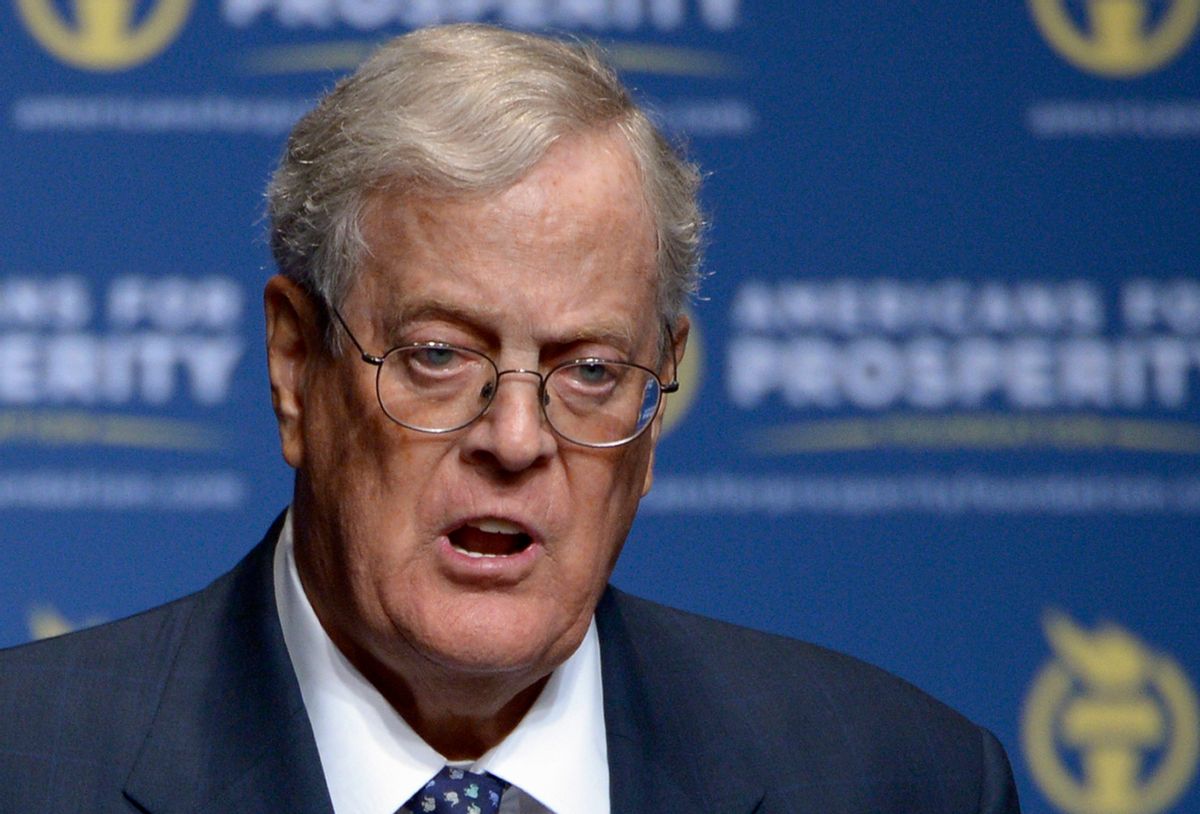 The first thing it's important to remember about people who deny the scientific reality of climate change is that there really are very, very few of them: whether or not the planet is warming and human activity is contributing to it isn't even a question that's up for debate in the scientific community. But we call them a "vocal minority" for a reason, and that's why the second thing it's important to remember about climate deniers is just how aggressive -- and sneaky -- they are in pushing their anti-science agenda.

And they've got the funds to back them up. According to an investigation by the Guardian, over the past 3 years U.S. conservatives funneled some $125 million to groups that attack both climate science and the Obama administration's climate change plan. That's more than the fossil fuel industry openly gives, and what's more, it's done in secret: the funds are channeled through two groups, the Donors Trust and Donors Capital Fund, that help build and support the climate denial political infrastructure while keeping the ultimate source of its donors anonymous.

The notorious climate denying Heartland Institute numbers among the groups' beneficiaries, receiving $3.8 million in total between 2011 and 2013, but most of the organizations that received funds promote any number of conservative causes, making it impossible to say just how much of the money went directly toward climate issues. But all of the groups highlighted by the Guardian have a record of spreading disinformation about climate science and opposing environmental regulations; the largest beneficiaries, decidedly so.

They include the Franklin Centre for Government and Public Integrity, which receives 95 percent of its revenue from Donors Trust and whose network of "citizen journalists" and "watchdog" groups fight renewable energy on the state level; the Federalist Society, "a networking group for conservative lawyers and justices which calls on states to reject the EPA authority to regulate carbon pollution;" and the State Policy Network, the umbrella under which climate-denying ALEC and other Koch-affiliated groups are run. Then, of course, there's Heartland, whose recent activities include lobbying the Pope on climate change, and the Competitive Enterprise Institute, "takes on all the hard energy and climate issues," including "question[ing] global warming alarmism."

“The conservative think tanks are really the spearhead of the conservative assault on climate change,” Riley Dunlap, a sociologist at the University of Oklahoma who studies environmental politics, told the Guardian. “They write books, put out briefings and open editorials, bring in contrarian scientists... They are an immense megaphone that amplifies very, very minority voices.” And they're giving anyone who wants to move the climate conversation forward a run for their money.