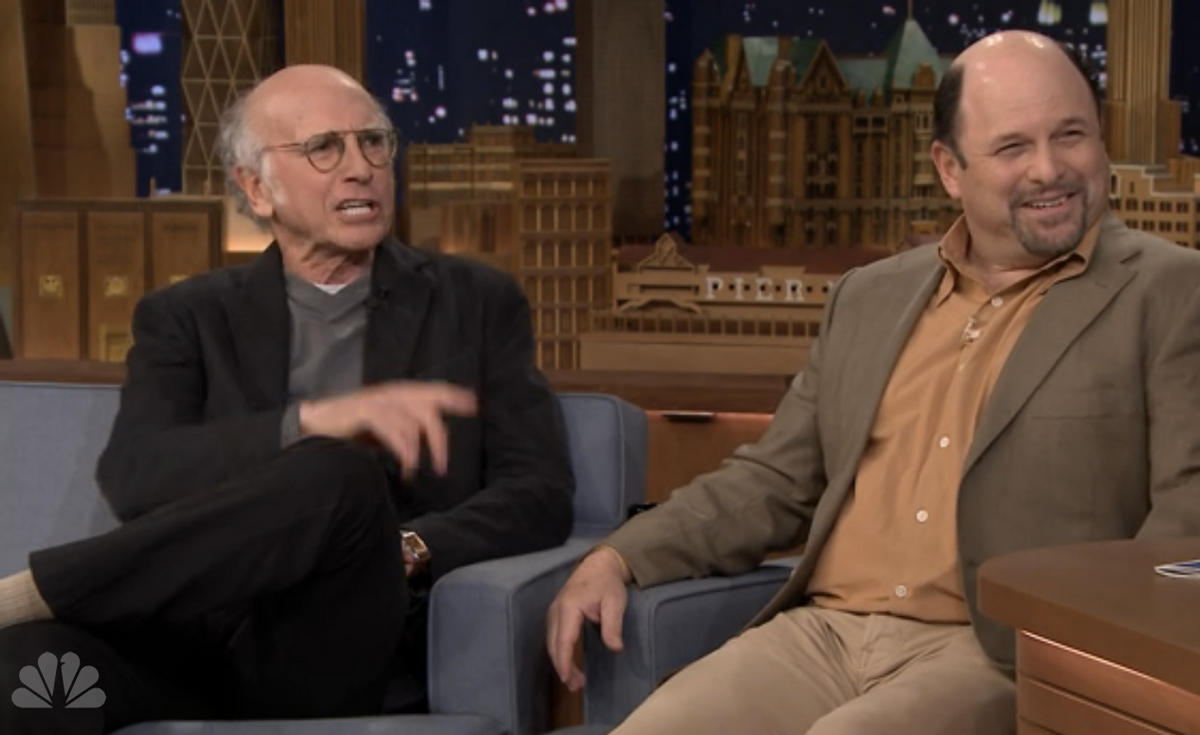 Prior to Larry David's March broadway debut with "Fish in the Dark," the "Seinfeld" and "Curb Your Enthusiasm" creator regaled Jimmy Fallon with tales of dogs, declaring that no such animals would be featured in the production. He stood by that oath (there are no dogs). Later, he appeared on "Letterman," telling Dave that he was dreading his debut and was secretly hoping the Ebola virus would shut down broadway altogether. This, unlike his hatred of dogs, David seems to have wavered on in the months since -- and not simply because Ebola is now off the table.

In fact, with old "Seinfeld" pal Jason Alexander taking over as Norman Drexel in “Fish in the Dark," David might even miss it a little.

David joined Fallon on "The Tonight Show" Monday night alongside Alexander, begins "Fish in the Dark" June 9 (that's today!). The two wasted no time ganging up on Fallon, observing that neither had spotted him backstage at the show. Fallon suggested his absence was due to the fact that he "doesn't do backstage," which quickly devolved into a diatribe about how awful "backstage chitchat" is. David wasn't buying the whole bit. “I don’t think you did front stage!” David fired back.

Not addressed in the interview: Last week, Jason Alexander dropped a huge truth-bomb in a Howard Stern show, suggesting that George Costanza's fiancee Susan was abruptly killed off because he "couldn't stand working with her." This would come with a subsequent apology -- and a retraction of sorts -- explaining that he had intended to defend her and that she was actually a "sweetheart."