It should go without saying, but don't try these feats at home -- or anywhere else for that matter 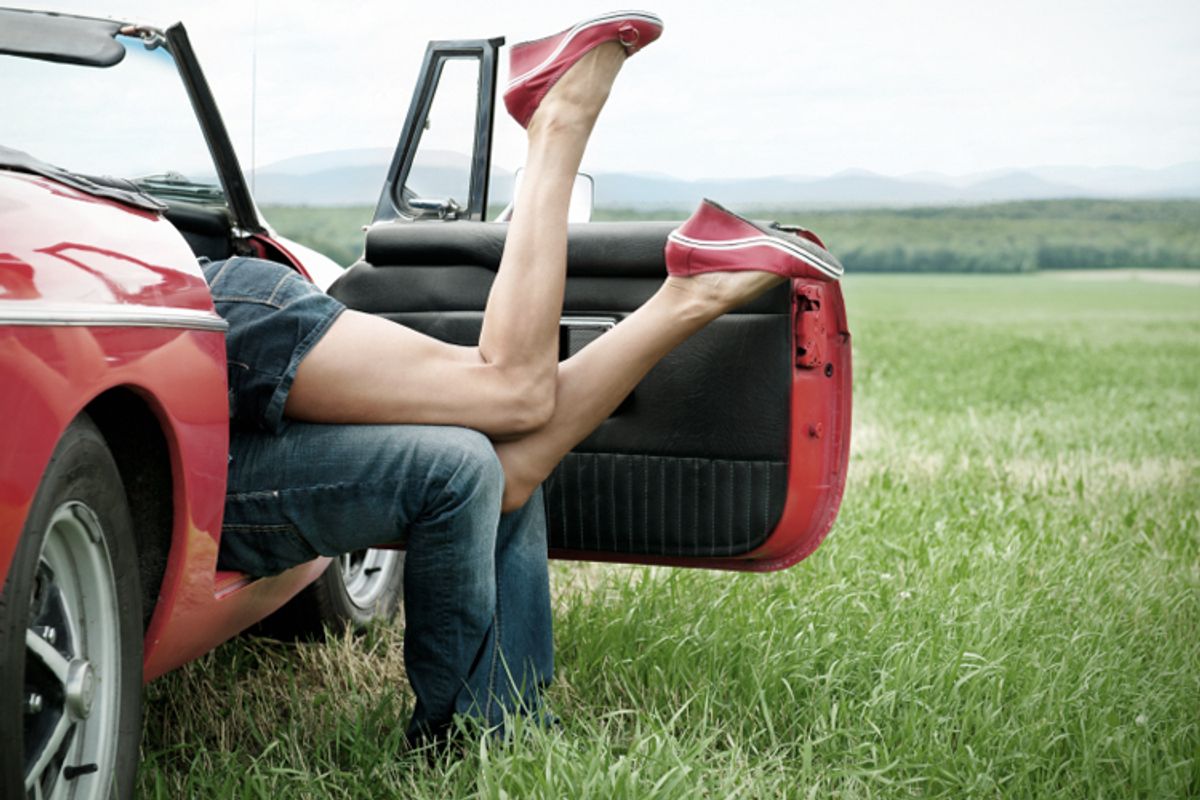 It might sound strange to say that having sex is like putting on a show. But there are elements of theater involved. We play dressup. We try and learn our cues. Sometimes we even engage in lengthy, fictitious narratives. Everyone’s got their own shtick. But some sexual stages stretch beyond bedroom walls, and some people don’t like putting on a show without an audience. Exhibitionism isn’t for everyone, but if you are looking to go down that path, be careful you don't get caught.

Listed below are five couples who couldn't resist the temptation.

The two decided to film themselves having sex while 12,500 feet up in the air. For those wondering about the logistics, the sex started on the plane (next to the pilot, actually). The two were strapped in together, and Torres can be seen thrusting away for the duration of the jump.

Torres later posted the video on his blog, which eventually went viral. Parents began complaining to authorities when news of the sexual stunt hit the local high school. Both Torres and Howell were eventually fired, though no charges were filed. The Federal Aviation Administration launched an investigation into the stunt and ruled that no federal regulations were broken since the pilot did not seem distracted during the incident. The FAA noted that there is no regulation banning consensual sex on private planes.

During Norway’s Quart festival in Kristiansand, the band’s lead singer, Kristopher Schau, brought a young couple on stage and announced, “The last hundred years, humans have managed to destroy over half of the earth’s original forest.” He asked the crowd, “How far are you willing to go to try tosave nature?

But a Kristiansand city court judge was considerably less impressed with the stunt. Johansson and Hol Ellingsen were charged with “conducting an improper act in a public place.” It’s reported that the couple appeared in court dressed in children’s clothing and that Ellingsen dropped trou during a break in the court proceedings. The couple were fined $1,400 each, but refused to pay. Following the trial, both relocated to Berlin, Germany.

Many of us have messed around with Google Earth online. That’s the closest most of us will come to the technology. But in 2013, a lucky Australian couplefound themselves in the middle of a much more intimate encounter.

The couple were driving on Dukes Highway in Keith, South Australia where they either saw or passed the Google Maps car. The couple sped up, pulled over and jumped out of their car just in time to pose for the vehicle. The couple opted for a suggestive stance; the woman bent over the front of the car with her dress pulled up while the guy stood behind her, pants down. Certain reports hold that the act of sex was simulated. Others don’t specify.  But the duo was seen laughing and scurrying back toward their vehicle as the Google car pulled away.

A heavily blurred version of the photo did eventually make it onto Google Maps.

It’s no surprise that people do stupid things for the sake of entertainment. But two New York City shock jocks may have gone too far when they took their shenanigans onto holy ground.

Back in 2002, Greg Hughes and Anthony Cumia were hosts of a radio show on WNEW-FM in New York City when they started pushing the “Sex for Sam” contest, which awarded participants for having sex in public places (15 points for Trump Tower, 20 points for Tiffany’s, 30 points for Yankee Stadium, etc.) and for different sexual stunts. The winners were promised a trip to Boston for a music festival.

But the contest quickly came to an end when Brian Florence and Loretta Harper of Virigina decided to take the game into St. Patrick’s Cathedral. The couple, dubbed the “Juicy Lips” team, were caught by police having sex in a church vestibule and later charged with obscenity, public lewdness and exposure of a person.

Radio producer Paul Mercurio was also hit with a disorderly conduct charge. Mercurio was acting as an official spotter for the contest, providing live on-air commentary (which is a fancy way of saying he was on the phone radio station while watching Florence and Harper go at it in person).

As Fox News reported, "an usher spotted the couple 'in the act' ...in the Roman Catholic cathedral's 50th Street transept, within a few feet of at least 20 congregants and tourists.” Both Hughes and Cumia were eventually fired by the station.

Most people are okay with the idea of college kids having sex. But nobody wants to hang around a campus covered in the ejaculate of its students.

The University of Southern California was dragged into the headlines afterphotos of a student having sex on the roof of a campus building surfaced (the woman involved did not attend USC). The incident took place atop the school’s 12-story Waite Phillips Hall. The building is home to the university’s School of Education, and is the second tallest building on campus.

The male student, a member of Kappa Sigma, was suspended from his fraternity shortly after the incident took place. Zach Timm, the then-president of USC’s Kappa Sigma wrote in a statement, "The member in question has been suspended from Kappa Sigma for conduct unbecoming of a Kappa Sigma and a gentleman until a more detailed investigation can be conducted."

The Daily Mail reports that the incident took place in broad daylight, while a philanthropy event attended by hundreds of other students was being held in the quad below. It's said the images were posted to Facebook.