5 of the most right-on, self-aware parts of Miley Cyrus’s Paper interview 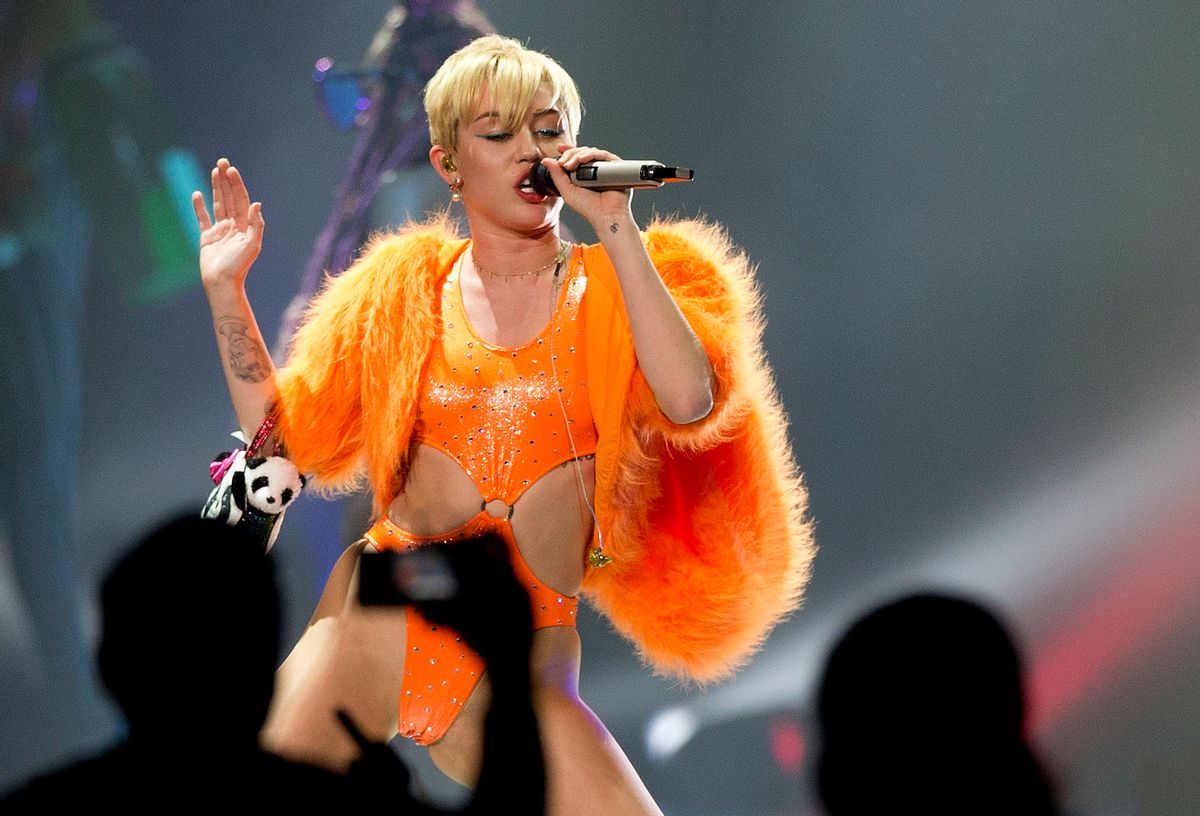 Following up on the reveal of this month’s issue, Paper magazine released a teaser interview this week with cover model Miley Cyrus, who posed nude for the mag accompanied by her pet pig or covered in paint, adorned with odd colorful merkins or bent in yogic stretches. And, performing strong as “her generation's most unlikely social activist,” as the magazine characterizes her, Cyrus actually gives a great interview.

While Cyrus’ shoot maintains the sort of out-of-this-world, avante garde, hippy-dippiness that has become emblematic of her public persona and, it seems, her private life, the Disney princess-turned-free-loving party queen tackles progressive issues with admirable seriousness in a conversation with Paper’s Amanda Petrusich. Touching on her veganism, her philanthropic Happy Hippie Foundation for homeless and LGBTQ youth, and her own coming out at age 14, Cyrus gave a litany of totally right-on assessments of the world -- with several f-bombs tossed in.

Here are some of the most memorable progressive highlights from Cyrus’ straight-talking interview:

On fundamentalist lawmakers inserting their personal religious views into politics:

"Those people [shouldn't] get to make our laws … That's fucking insane … We've outgrown that fairy tale, like we've outgrown fucking Santa and the tooth fairy."

On homelessness and income inequality:

"I can't drive by in my fucking Porsche and not fucking do something … I see it all day: people in their Bentleys and their Rolls and their Ubers, driving past these vets who have fought for our country, or these young women who have been raped … I was doing a show two nights ago, and I was wearing butterfly nipple pasties and butterfly wings. I'm standing there with my tits out, dressed like a butterfly. How the fuck is that fair? How am I so lucky?"

On coming out to her “conservative-ass” mother at age 14:

On her own sexual and gender identities:

"I am literally open to every single thing that is consenting and doesn't involve an animal and everyone is of age. Everything that's legal, I'm down with. Yo, I'm down with any adult -- anyone over the age of 18 who is down to love me … I don't relate to being boy or girl, and I don't have to have my partner relate to boy or girl."

And on her general approach to life:

Read the rest of Cyrus’ interview with Paper here.