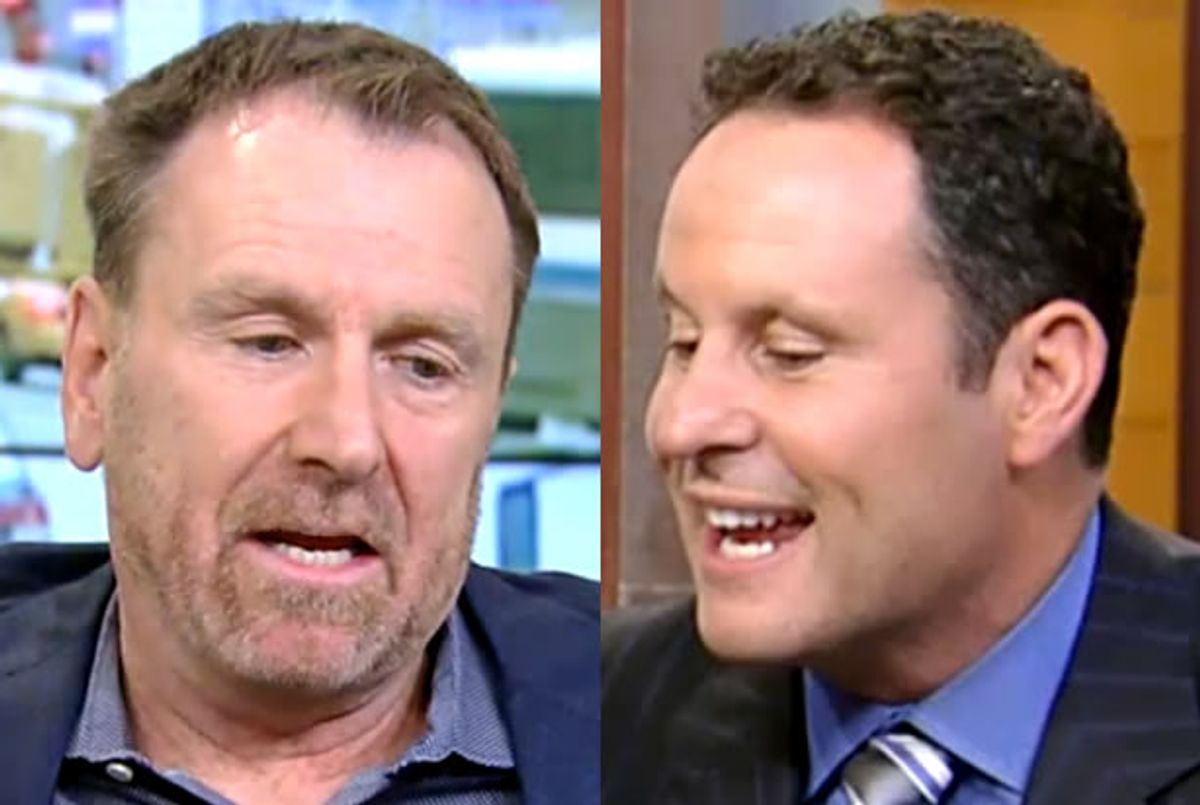 Former "Weekend Update" anchor on "Saturday Night Live" Colin Quinn stopped by "Fox & Friends" Wednesday morning to discuss his new work, "The Coloring Book: A Comedian Solves Race Relations in America," but before they could discuss it, they wanted him to address Jerry Seinfeld's remarks about not wanting to play college campuses anymore."

On Tuesday, the comedian had told Seth Meyers that "there's a really creepy PC thing out there that really bothers [him]," because some of his favorite comedic routines rely on stereotypes that are now considered offensive, such as gay men gesturing effeminately with their hands when they speak.

Quinn disputed Seinfeld's theory that this "creepy PC thing" is a new phenomenon, telling co-host Brian Kilmeade that "it's been out there since the '90s." He added that the same thing happens at comedy clubs, when a comedian says a particular "buzzword" and the audience loudly inhales.

There have always been "a million different [buzzwords] depending on where you are," he said.

Elisabeth Hasselbeck tried to compel Quinn to admit that the problem of political correctness is getting worse, but he wouldn't take the bait. "Do you feel that you're being more and more restricted in your art, your profession, and what you do, and your freedom?"

"No," he replied. "The whole point of being a comedian is that you're not supposed to -- we don't listen to the crowd. We need the crowd, but what's more insulting than someone who panders to the crowd? That's the worst thing you can be in comedy, somebody who comes out and says, 'Hey! I want to make everybody happy!' That's not our job. Our job is to make people unhappy."

Steve Doocy continued to press the Fox News narrative of PC ascension, asking Quinn "what has changed? It used to be people could take a joke, but now it's like people have no sense of humor."

"Look," Quinn said, "people still have a sense of humor, but it depends on where you're coming from. You can't just [throw your hands in the air] and say, 'it's just jokes,' because it's not a free pass."

"Were we better then or now?" Kilmeade finally asked.

"There's no 'better,'" Quinn replied. "Now, people are trying to regulate humanity, and there's good and bad there. It's not like things were great then, either."

Watch the entire clip via Fox News below.