They're still out there -- and kissing! 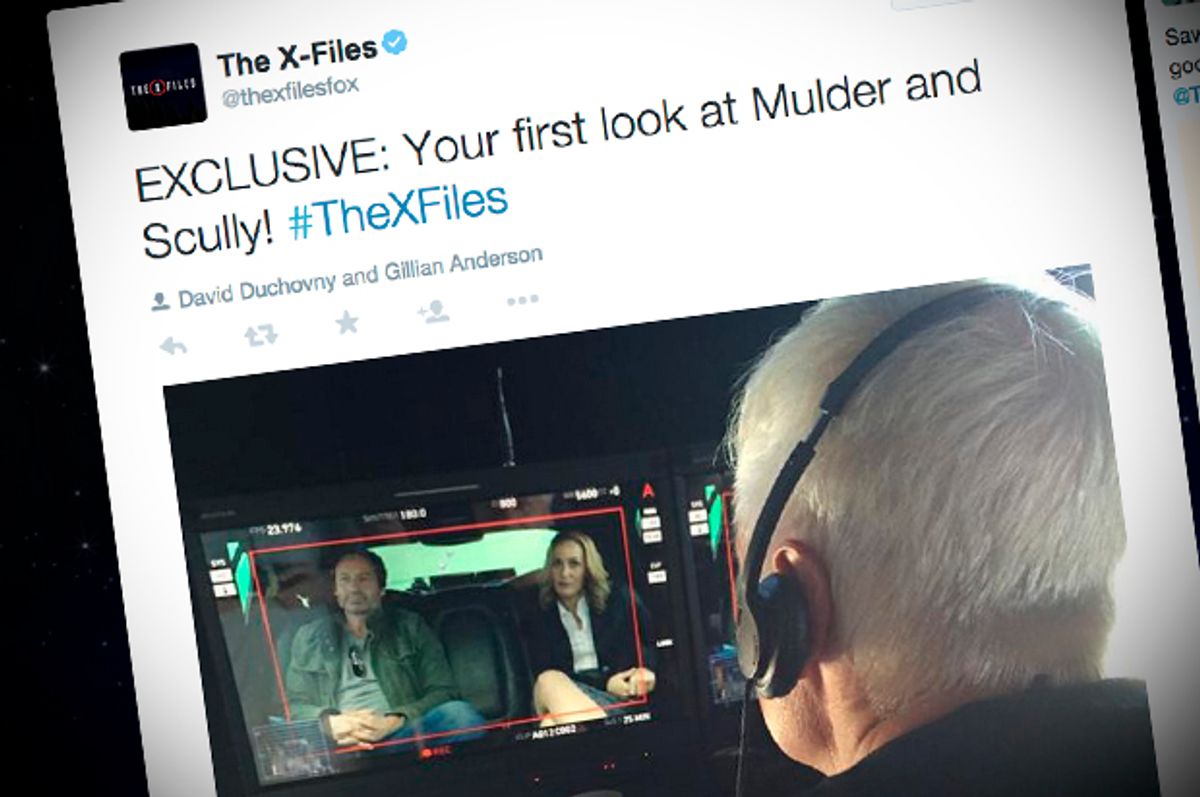 Though the "spirit" of "X-Files" never really left us when the show ended its nine-season run in 2002, its lead characters, Mulder and Scully, certainly did. Which is why the revelation that the FBI agents are, in fact, still out there — and taking many, many pictures on the set of the rebooted series, to prove it — is delighting the Internet today.

The sci-fi classic, which has a yet-to be-determined air date, will return as a six-episode installment. While it remains unclear whether famous alums like exec producers Frank Spotnitz, Howard Gordon and Vince Gilligan will be joining in on the fun, recent snapshots of Joel McHale, indicate that he will be appearing as a guest star in the series.

The official Fox pictures come not even a full day after Twitter erupted with excitement over a series of leaked photos of Mulder and Scully smooching on set.