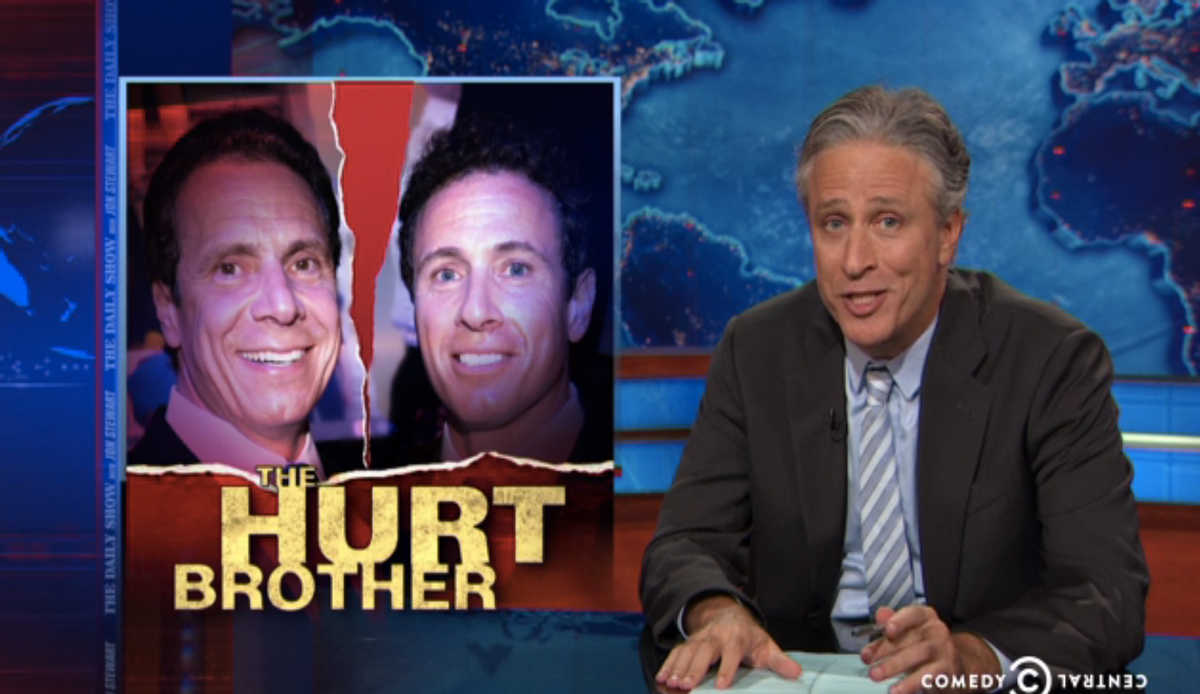 If you thought New York governor Andrew Cuomo was "above" pranking his little brother Chris Cuomo, the co-host of CNN's "New Day," while reporting live on national television, think again.

Jon Stewart is endlessly fascinated by the Cuomo brothers. And who shouldn't be, really? The dysfunctional Tom & Jerry pair has gone great lengths to "haze" one another in the most public displays possible.

Which is all to say: It was only a matter of time before Stewart devoted an entire "Daily Show" segment to the two's tomfoolery.

The most recent instance, which Stewart examined on Tuesday's "Daily Show," was surprising even for the no-holds-bars Andrew Cuomo. While "New Day" reported on the story of two escaped murderers from New York, Cuomo inappropriately started joshing around with his brother.

"Now you're surely saying to yourself, it's not like the executive of America's fourth most populous state is gonna take time during an interview about escaped murderers to give his brother shit," Stewart said. "Well..."

Gov. Cuomo told the co-host Alisyn Camerota that he was looking for someone (his brother) to do a "long-term journalism piece" in a jail cell for a year. Camerota laughed along with the joke. However, when the camera cut to his brother Chris Cuomo, he didn't appear quite as amused.

"That is a face that stopped being amused by this shit at age six," Stewart said.