"So barbaric that this should still be allowed" 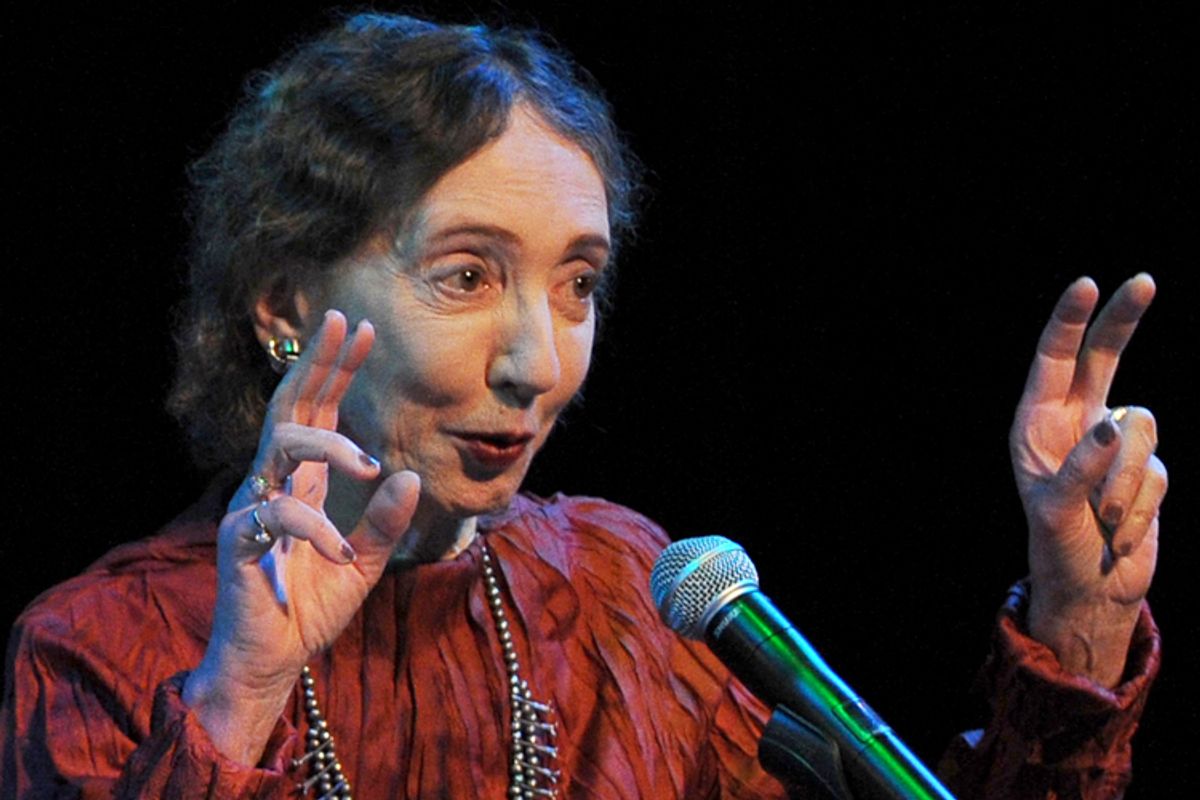 Joyce Carol Oates, the amazingly prolific author, has managed to effectively straddle both high-brow and mainstream American culture, and her work has been reviewed in the New York Review of Books and Entertainment Weekly alike. She is one of the most important minds of her generation and mine, and, theoretically, the opportunity to gain insight into the woman of letters' more minor, daily thoughts would be a gift.

Unfortunately, her Twitter is a bit of a train wreck.

In an interview with Salon published earlier this year, Oates discussed her relationship with the social media platform: "I don't really say anything that I don't mean," she said. "It's just that maybe I'm popular. But it may only be that I'm popular in certain quarters. I mean, other people may think that I'm right. When you have an opinion, probably somebody would agree with you and some people wouldn't. But if it's your own opinion... it is a free country."

On Tuesday, Oates tweeted the below tweet that was either hilariously dumb or the most brilliant troll of our time:

In the interest of nostalgia, here is a look down memory lane at some other ill-considered, often downright offensive JCO gems:

2. A careful examination of Chinese food

3. A proposal for the military