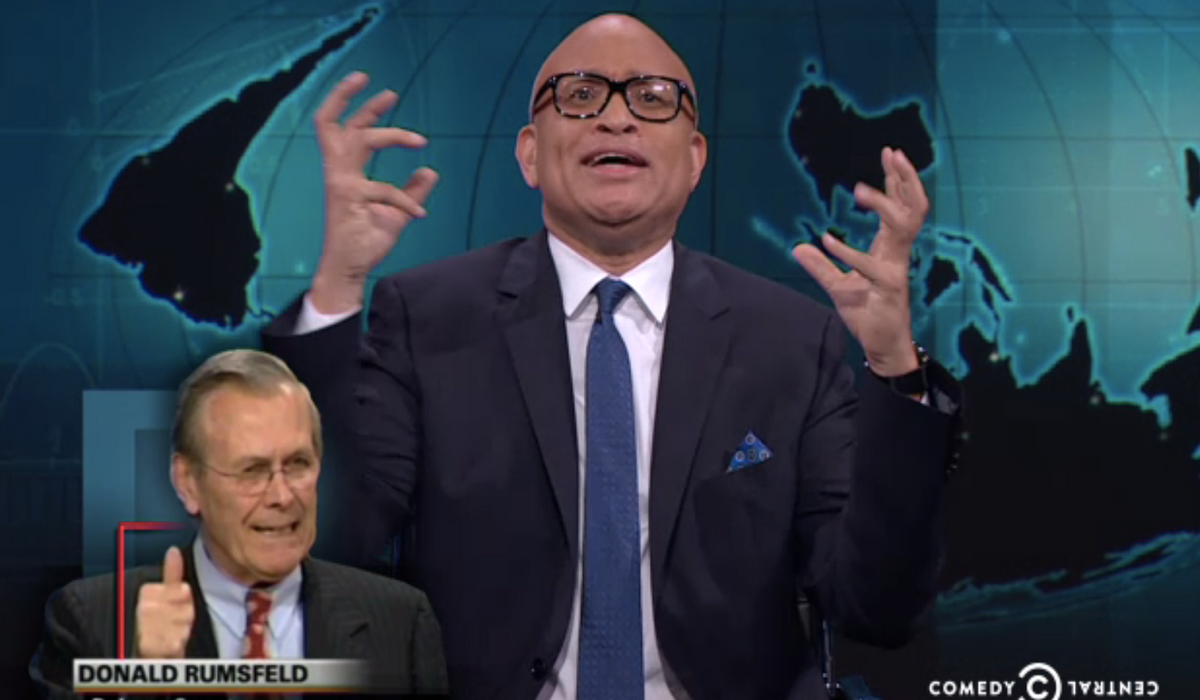 Larry Wilmore called out former Defense Secretary Donald Rumsfeld on Wednesday's "Nightly Show," who recently claimed that he thought the invasion of Iraq was "unrealistic" from the outset.

Not so fast, Rumsfeld. Wilmore cut to a clip from 2003 in which the fresh-faced secretary stood before America and uttered the words:"From the very beginning, we were convinced that we would succeed, and that means that [Saddam's] regime would end."

From these two (rather explicitly) conflicting soundbites, Wilmore drew the only logical conclusion one can draw: He's "the only Donald worse than Trump."