"Let me tell you about my trouble with girls": Nobel prize laureate Tim Hunt's gobsmacking misogyny 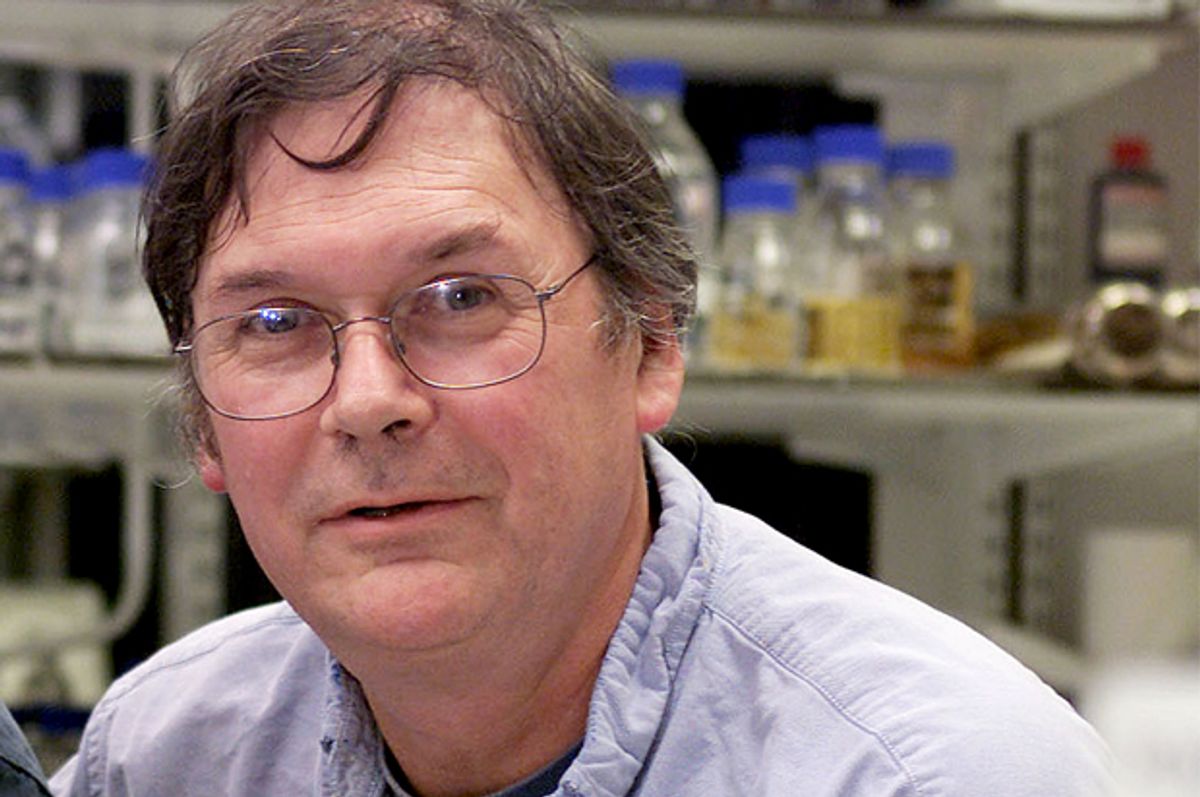 72-year-old English biochemist Tim Hunt has proven that a Nobel prize is not an indicator of a particularly progressive mind (although we knew that already).

At the World Conference of Science Journalists held this week in Seoul, South Korea, Hunt admitted that he is in favor of gender-segregated labs because of all the trouble one can get into when one is forced to interact with women.

In an interview with BBC Radio 4, Hunt gave a bullshit half-apology saying he did mean the remarks, but was "really sorry." He added that it was "a very stupid thing to do in the presence of all those journalists."

"It's terribly important that you can criticize people's ideas without criticizing them and if they burst into tears, it means that you tend to hold back from getting at the absolute truth," he said, defending his point about women who cry. "Science is about nothing but getting at the truth and anything that gets in the way of that diminishes, in my experience, the science."

The Royal Society has since made an effort to distance itself from Hunt, and made a statement to that effect:

The Royal Society believes that in order to achieve everything that it can, science needs to make the best use of the research capabilities of the entire population. Too many talented individuals do not fulfil [sic] their scientific potential because of issues such as gender and the Society is committed to helping to put this right. Sir Tim Hunt was speaking as an individual and his reported comments in no way reflect the views of the Royal Society.

As always, Twitter was a super-satisfying venue for catharsis: