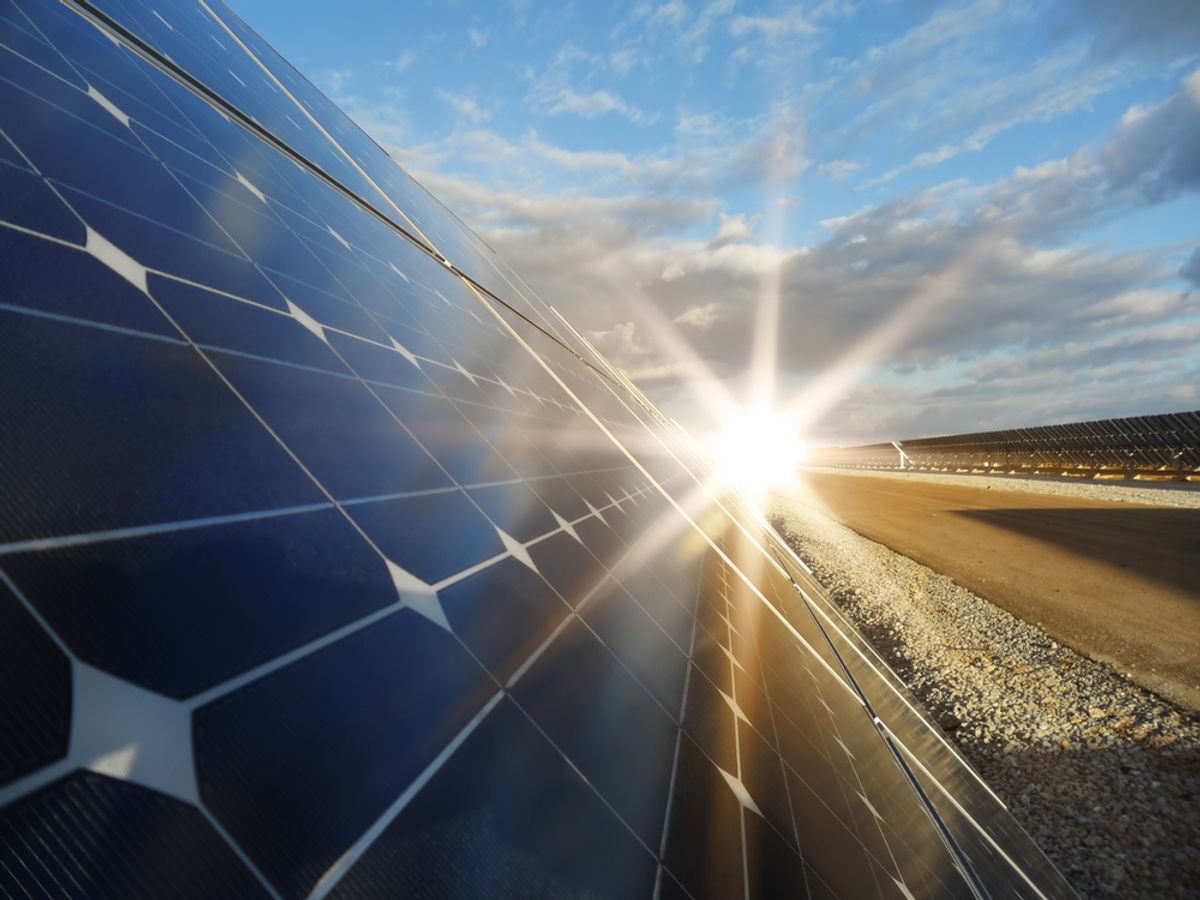 The American Legislative Exchange Council (ALEC), the Koch-backed free market lobbying group that spends most of its time dreaming up ways to screw over the environment, learned the hard way that outright climate denial is a losing message: in the fall of 2014, Google chairman Eric Schmidt accused ALEC of "just literally lying" about climate change and announced that Google would not be continuing its membership in the group. The ensuing exodus basically confirmed that the public's beginning to see through the group's (persuasively crafted) bullshit.

Undermining climate science, though, is just a side project for ALEC: its main work in the environmental sphere involves crafting model policies that serve the fossil fuel giants that fund its operations and convincing states to adopt them. A major effort has been to kill renewable portfolio standards (RPS): mandates set by states that require utilities to generate a certain proportion of electricity using clean energy. ALEC and its supporters, naturally, don't like that the standards interfere with the free market; what's more, they argue that they're a bad deal for consumers.

Unfortunately for ALEC, it seems more and more people aren't buying that logic, either.

Over at OnEarth, Brian Palmer charts a number of high-profile losses for ALEC's anti-renewable energy efforts. Of the 14 states targeted this year, he reports, 11 bills failed -- in some cases gloriously. In Texas, where renewable energy, mostly in the form of installed wind power, has already far surpassed the mandate, a bill calling for its repeal died in the House. In Colorado, a bill introduced by Senator and ALEC board member Bill Cadman, aimed at lowering the clean energy requirement, failed as well. A win in Kansas, meanwhile, sounds better for ALEC than it actually is -- critics are calling it a "paper victory," because the state had already surpassed its clean energy goal.

And sure, ALEC charted a major victory in coal-friendly West Virginia, which repealed its RPS, but people are beginning to turn the group's own free market rhetoric on its head: “Indiana Republicans should be championing free market choice -- not government-created utility monopolies,” Debbie Dooley, a pro-green Tea Partier, told Greentech Media of a similar battle going on in her state. “This is a deliberate attempt to kill solar and protect monopolies from competition.”

Palmer speculates a bit on what might be going in legislators' heads:

Most of the anti-RPS bills died without serious debate, so the red-state legislators never had the chance to publicly explain why they turned their backs on a major ALEC priority. But we can make a few educated guesses. Some states, like the aforementioned Texas and Colorado, host thriving wind energy industries. They’ve already seen the economic benefits of supporting renewables. Texas alone has nearly 18,000 wind workers. Legislators in those states likely viewed repealing RPS as an act of madness, even if it came with an appealing patina of free-market rhetoric.

In other states, legislators probably recognized that renewable portfolio standards are extremely popular. Just last week, a University of Michigan poll found that an impressive 74 percent of Americans believe states should require a portion of electricity to come from renewable sources—and that support cuts across every demographic group. Few legislators are willing to zig when three-quarters of their constituents want them to zag, no matter what the corporate paymasters at ALEC say.

In Hawaii, where taxpayers are witnessing both the benefits of renewables and, already, the impacts of climate change, Governor David Ige just signed into law a mandate for the state to receive 100 percent of its energy from renewable sources by 2045.

Some though, are finding it harder to get the message -- North Carolina, in particular, is caught in some weird Groundhog Day scenario where Republicans keep trying to force through legislation that everybody's made clear they don't want (a classic ALEC tactic, according to ThinkProgress). After an attempt to repeal the RPS entirely failed in a bipartisan vote in 2013 -- likely due to the fact that, per one study, it contributed $1.7 billion to the state's economy over the six years it had been in play -- the House passed a new attempt to freeze the mandate at its current target, and then eventually end it for good. Republican State Sen. Bob Rucho, last month, pushed the bill through committee over objections from both sides of the aisle, but so far, it hasn't been brought to the Senate floor.

But even the local utility is now contradicting ALEC's claims about the RPS' horrible economic consequences. “We did not ask for this legislation; we are actually neutral on this legislation,” a spokesman for Duke Energy, told Samantha Page of ThinkProgress, adding that he doesn't think it's a "cost burden to customers.” Apple, Google and Facebook, meanwhile, recently came out in opposition to a potential freeze. "We believe the REPS should be maintained because our collective experience shows that programs like the REPS can actually reduce the overall cost of energy to ratepayers," they wrote in a letter addressed to the state House and Senate [emphasis in original]. "The undersigned companies have chosen to locate in North Carolina in part because the state’s existing energy policies enable us to operate and grow our businesses."