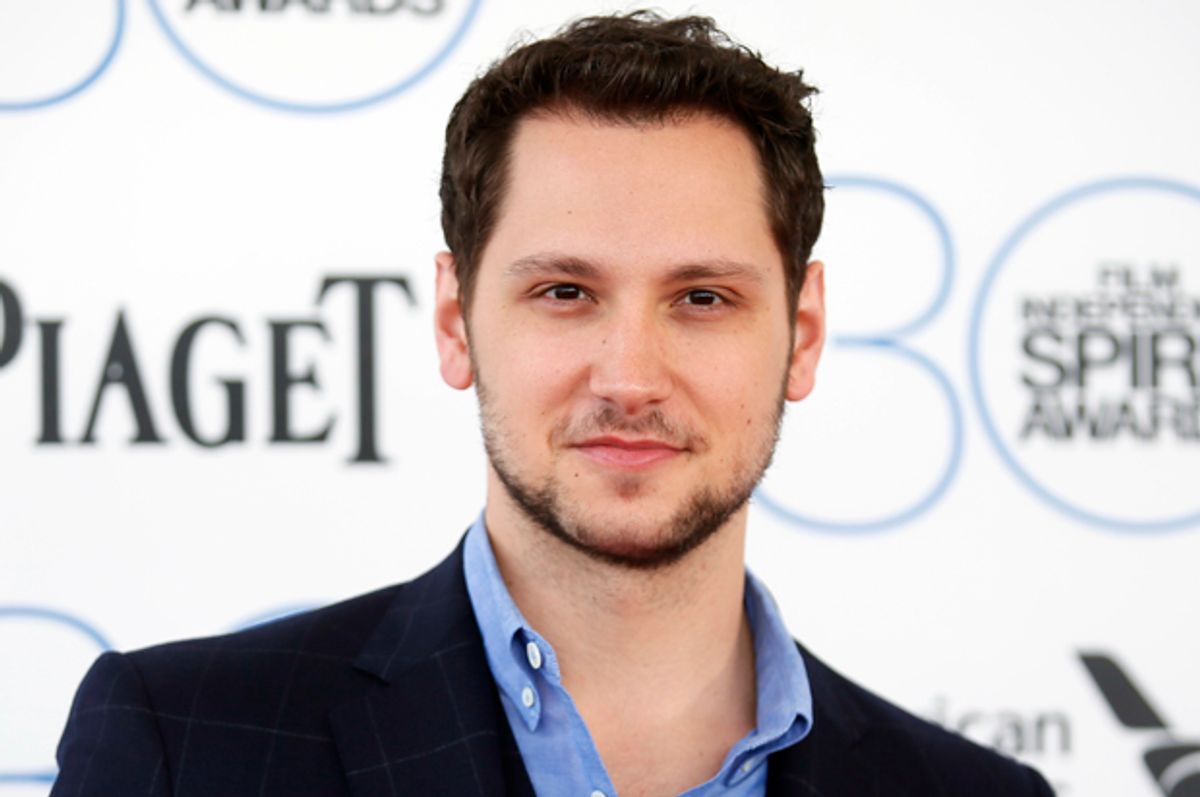 Today in surprisingly delightful interviewee/subject matter combos, actor Matt McGorry gave Jezebel a long interview about his recent journey toward becoming an intersectional feminist. Chances are you had no idea that Ascher from “How to Get Away With Murder”-slash-Bennett from “Orange Is the New Black” was such a staunch and thoughtful women’s rights advocate, but hey, isn’t that a pleasant Wednesday afternoon discovery?

As it turns out, McGorry has been publicly documenting his newfound journey into feminism on social media over the past months, writing on his Facebook wall back in March: "I'm embarrassed to admit that I only recently discovered the ACTUAL definition of ‘feminism.’ The fact that the term is sometimes clouded with anything other than pure support and positivity in our society is very tragic."

His public advocacy has only grown since then: He read "Lean In" for Cosmo, cried during Emma Watson's UN speech, wrote an essay in support of equal pay, wrote passionately in support of Caitlyn Jenner and trans awareness, and has been constantly tweeting and blogging about feminist issues that matter to him. As he put it: “Whether it’s the pay gap, whether it’s genital mutilation in different parts of the world, there’s a lot of shit out there that’s really important to me."

Speaking to Jezebel’s Julianne Escobedo Shepherd yesterday, McGorry said he recently realized how important it is for people to speak out about women’s rights. As he put it:  “When I posted the definition of feminism and seeing the response that I got, I realized, It’s so fucking simple. The definition of feminism is so simple, and this many people are this excited and stimulated by it; I have a unique position as a heterosexual white male, also, and there aren’t a lot who make this their thing, and this needs to be. The Emma Watson speech was huge, and now I’m, for lack of a better term, I’m balls-out.”

Still, he acknowledged that that he was worried about speaking out about his feminist views at first. As a public figure, it’s easy to be criticized if you get something wrong, and the social justice community can be quick to pounce on those who misstep or misspeak about sensitive issues. But McGorry raises the important point that there’s a difference between simply not knowing about a topic and being prejudiced about it, and that there should still be room within the conversation for people to make mistakes and grow and learn from them.

As he puts it, “I think what I’ve been trying to do is have a conversation and sort of, making it okay for people to fuck up.  I think we all need to be careful about when someone is talking out of ignorance, versus bigotry. The more intersectional I try to become, I have a couple friends who are very into it and I often run things by them. Because it’s really hard to say the wrong thing or something that’s not inclusive of trans people or everyone across the gender spectrum, and sometimes I think we need to be forgiving, because the problem is, when people attack, I think that’s when people start locking up.”

Ultimately, McGorry feels that his speaking out could help reach others who might not traditionally think that the feminist movement has a place for them. “Inherently, there’s something disruptive about simply me saying I’m a feminist, partly because I end up in circles that… what most people imagine a feminist to be, I don’t necessarily fit the mold. I think that allows me some more access to maybe people who could be converted or who can redefine their own perception of what it all means," he says.

"The people we have to convince who are gonna be allies, like me—the people I feel like I’m trying to go after are the good people who just maybe have blind spots about gender inequality like I did,” he continues. “Or, didn’t know what the term feminism meant. You know, a guy who’s a bigot who hates women is not gonna care what feminism means anyway, so I don’t need to go after him. But I’m trying to incorporate an easy way in for those people that don’t know a lot about it. Who actually have good intentions.”

Can someone get a Feminist Matt McGorry Tumblr set up ASAP, please? #FeministBeastMode