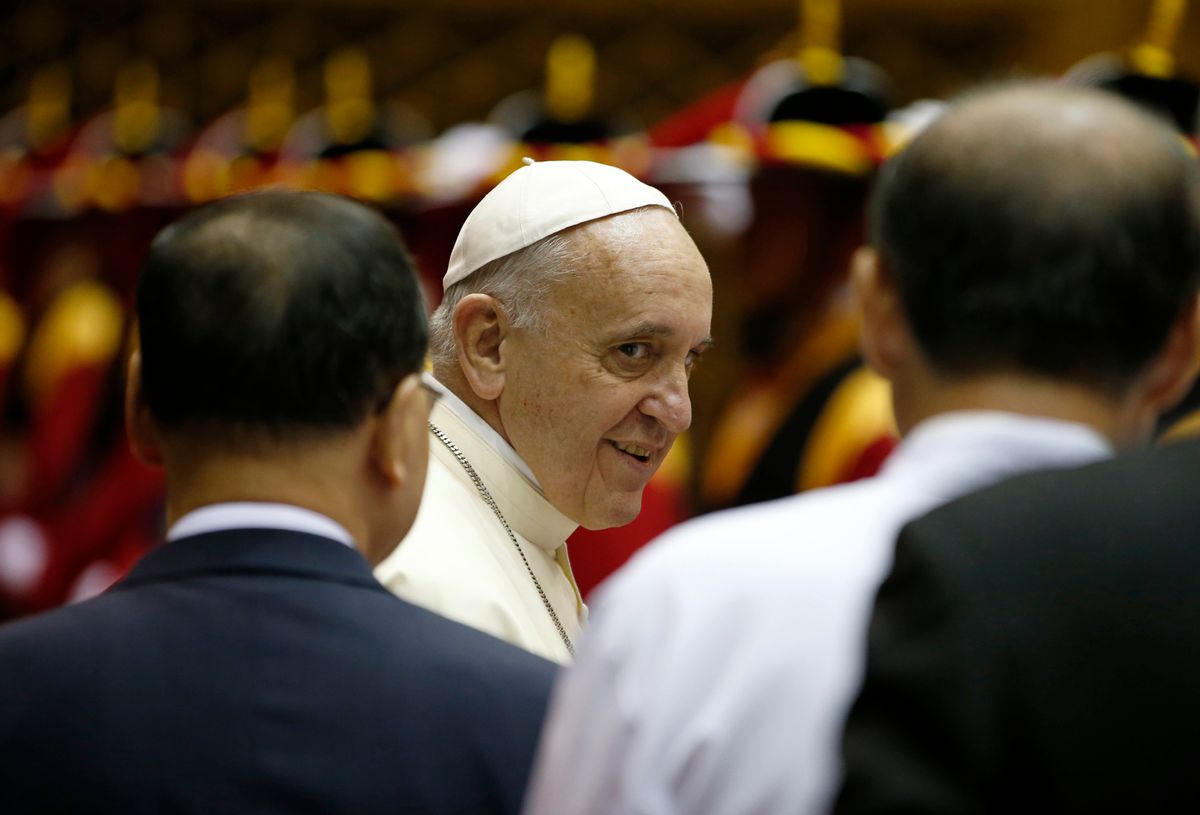 Pope Francis approved a plan this week intended to discipline negligent bishops who fail to report -- and thereby effectively condone -- the sexual abuse of children by Catholic priests. In a move announced on Wednesday, the Vatican will establish a tribunal that will address both the backlog of sexual assault cases, as well as new judicial procedures for church leaders who are accused of ignoring abuse.

The decision has been a long time coming, and required the pope's approval on several proposals brought forth by a committee that advises him on sexual abuse. A new office will be established to handle complaints of abuse, according to a statement from the Vatican:

The new office will be set up within the Congregation for the Doctrine of the Faith which will be mandated to judge all such cases connected to the abuse of children and vulnerable adults. [...]

Pope Francis will appoint a Secretary and some permanent staff for the new department, which will have a five year period to develop and evaluate the effectiveness of these new procedures. The move marks an important step in the ongoing process to hold Church leaders accountable for the actions of abusive priests – something that abuse survivors have insisted is essential to both the healing and prevention efforts.

Some victims' advocates, however, say the tribunal won't go far enough to prevent abuse, given the inherent conflict of interest of priests judging other priests. David Clohessy, director of the support and advocacy group Survivors Network of Those Abused by Priests, has urged people to remain skeptical of the decision.