Rand Paul's conservative "derp": Racism in Baltimore could be fixed if we lower taxes on businesses 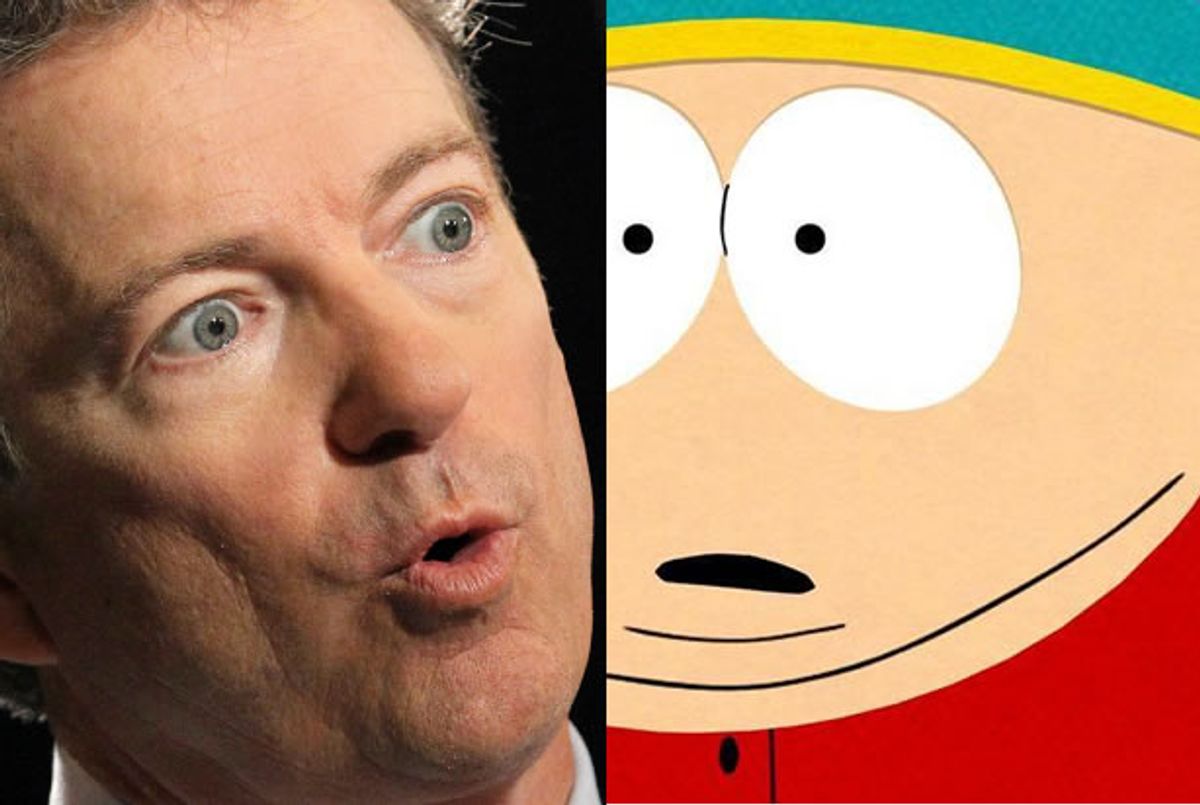 In his column on Monday, the New York Times' Paul Krugman denounced what he called a conservative penchant for "derp," a term of art economists borrowed from "South Park" to refer to "people who keep saying the same thing no matter how much evidence accumulates that it's completely wrong."

Tuesday night, Kentucky Senator Rand Paul (R) appeared at a fundraiser for the Baltimore County Republicans and, according to Rebecca Leber at the New Republic, demonstrated just how strongly the Republican field of presidential candidates has embraced "derpitude" as a guiding principle.

As expected, Paul walked back comments he made in the wake of the civil unrest that followed the death of Freddie Gray. Instead of railing against "thuggery and thievery" and joking about how he was "glad" his campaign wasn't stopping in Charm City anytime soon, Paul told the largely white crowd that he "understand[s] where some of the anger [in the black community] is coming from."

He went so far as to acknowledge his own privilege and the role it may have played in his initial comments about what happened in Ferguson and Baltimore. "I didn't grow up poor -- I grew up middle class, or upper middle class. This is me learning about how other people have to deal with life," he said. "So the thing is until you walk in someone else’s shoes, we shouldn’t say that we can’t understand the anger in people."

"The Democrats have utterly failed our inner cities, and utterly failed the poor," Paul said. "Don't let them tell us it wasn't them. A lot of these policies came from Bill Clinton. In Ferguson, for every 100 black women, there are 60 black men. That's because 40 are incarcerated. Am I saying they did nothing wrong and it's all racism? No. What I am telling you is that white kids don't get the same justice."

But the siren song of his party's "derp" proved irresistible, and so instead of confronting the city's struggle with systemic racism -- a struggle that was in no way ended by the election of black officials, as Paul and other conservatives argue -- he proposed the same solution he would've proposed to any problem anywhere: "We lower the taxes on the business people so they hire more people."

As Krugman said, "[f]ighting the derp can be hard, not least because it can upset friends who want to be reassured in their beliefs. But you should do it anyway: it’s your civic duty." If that's true, Paul's failed to do his -- and did so spectacularly.