His other guest, Kevin Jackson, referred to McKesson as a "race pimp" just out "to get paid" 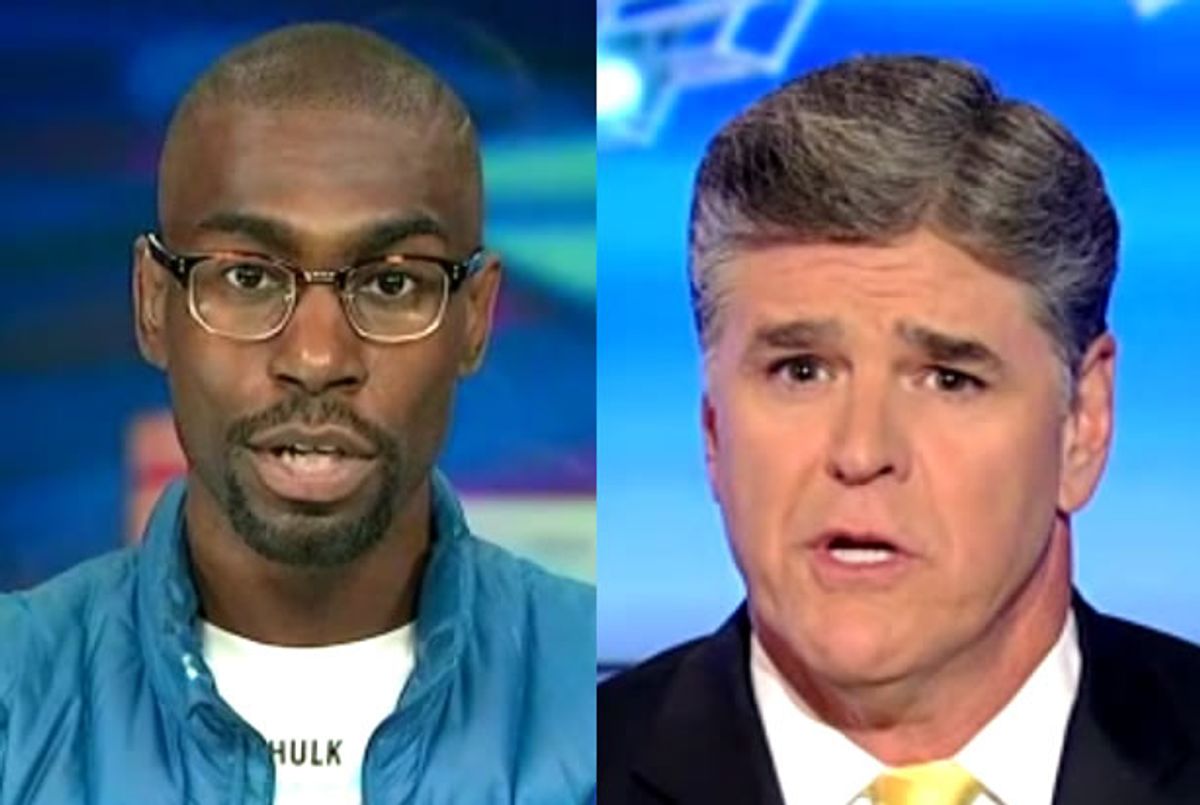 On "Hannity" Tuesday, host Sean Hannity and his guest Kevin Jackson accused social media activist DeRay McKesson of being a "professional protester," claiming that the only reason he appeared in Ferguson, Baltimore, and now McKinney was in order to make a living.

After McKesson explained that he's currently unemployed, but has been using his savings and the assistance of friends to attend these protests, Hannity and Jackson both laughed, the former saying, "Well Kevin, I guess we have professional protesters now."

Jackson attempted to shame McKesson, saying "I bet you haven't been to the funeral of any cop who was killed in the line of duty," or "to the celebration ceremonies of cops who have protected the lives of many, many black people for decades. I bet you haven't been to the funerals of the kids who were killed at these scenarios where race-baiters and race-pimps like you appear."

The accusation that the purity of McKesson's convictions is dubious because he might be getting paid to protest is an odd angle for Hannity to take, given that he considers professional anti-abortion protesters like Operation Rescue's Randall Terry to be "friends of the show."