"I have a bag of M&M's... other ones weren't invited and are trying to get in! Please send someone!" 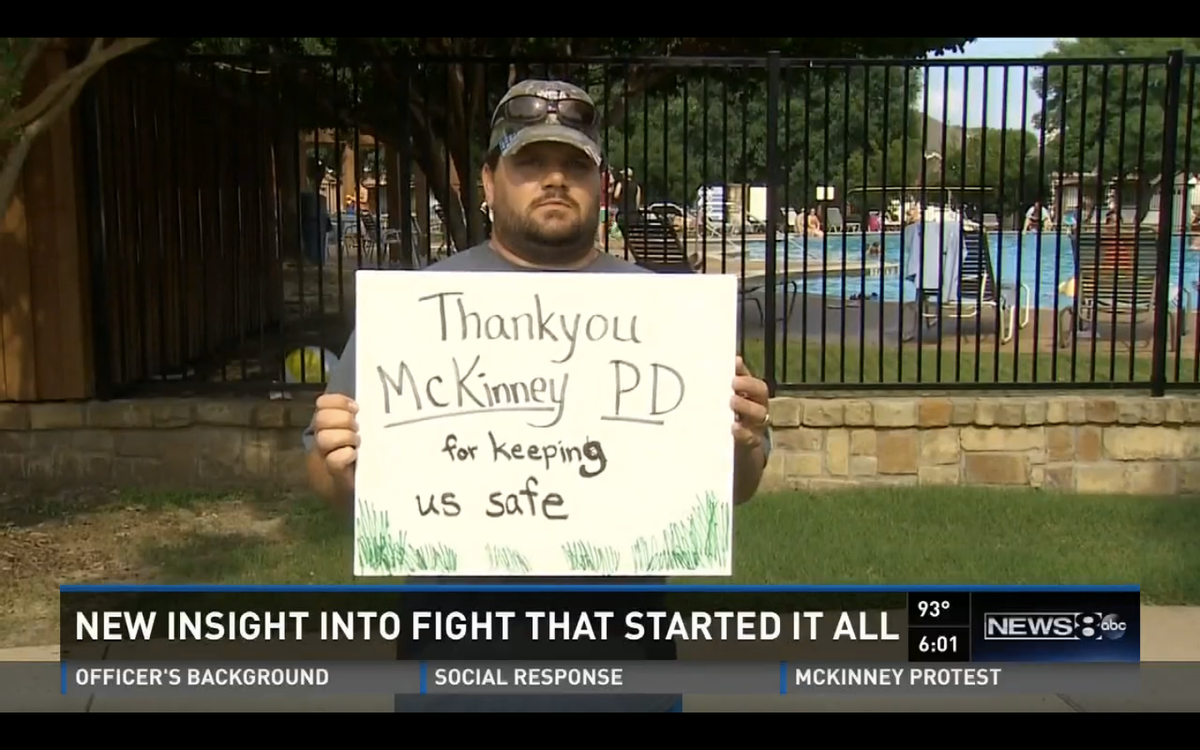 The McKinney, Tx. pool party incident, at which a cop pulled his weapon on unarmed, nonviolent teenagers and then shoved one face-first onto the ground, gave us someone we could hate: Corporal Eric Casebolt, the officer who committed the majority of the aggressive behavior that day. It didn't, however, give us someone to mock. That is, until people started paying attention to Sean Toon.

Toon is reportedly one of the Craig Ranch residents who called the cops when the pool party was getting out of hand or something, and he continues to defend the actions of Casebolt.

In an interview with a local television station, Toon said: "We were telling the security guards, 'Hey, these guys are jumping the fence, they're passing access cards through to each other, they're not supposed to be here."

"Watching 30 seconds or seven minutes of a clip, it doesn't tell the whole story," he said in an interview with USA Today. "I think [Casebolt] did what he thought he had to do to control the situation."

So, in response to Toon's showboating (he has also apparently proudly posted photos of him putting up signs in support of police around the pool), Twitter's Elon James came up with #SeanToon911, a hashtag involving people doing normal-to-admirable things and then having the cops called on them because they are black.

Here are some of the best: