"Who me, racist?" A look back at Rand Paul's questionable statements about racial equality

He's got nuance, yes he does -- but that doesn't let him off the hook 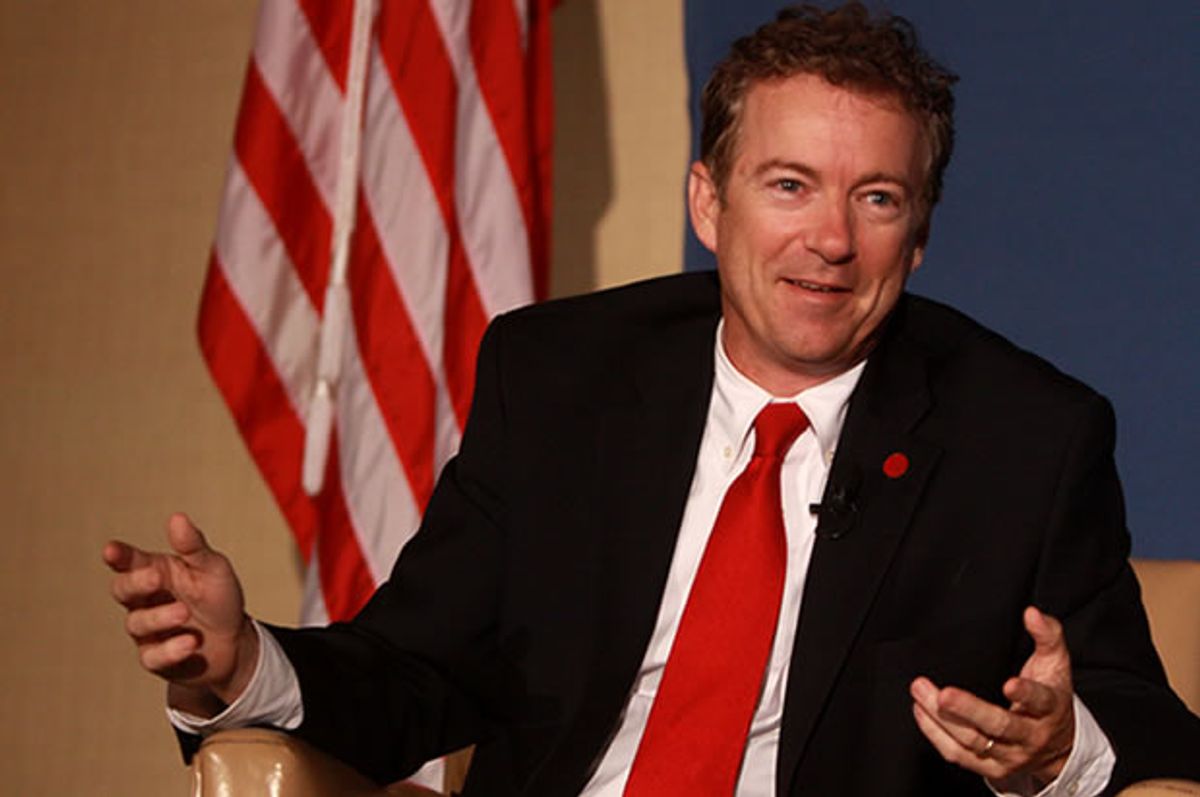 Rand Paul's hilariously tendentious suggestion that the solution to systemic racism is cutting taxes on businesses is not the most asinine racial commentary the Kentucky senator's ever made -- in fact, it's not even close.

1. He would have opposed the the Civil Rights Act of 1964

"It’s not all about race relations," he told CNN, "it’s about controlling property, ultimately." The more important issue, Rand argued in the most poorly worded way possible, is "whether or not you control your property." He wasn't referring to human chattel, though, just the fact that "I can't have a cigar bar any more," because Big Government "tells you, come in here I want to know the calorie count on that, and the calorie Nazis come in here and tell me" what he can and can't serve at his cigar bar.

2. He only would have "modified" the Civil Rights Act of 1964 so it didn't apply to businesses

In a 2010 interview with Rachel Maddow, Paul said that "there are ten different titles to the Civil Rights Act and nine of ten deal with public institutions and one that deals with private institutions, and had I been around I would have tried to modify that." When Maddow pressed him as to whether he believes businesses should have the right to turn away black patrons, he avoided the question, saying that a free country should tolerate "boorish and uncivilized" speech, as if that was relevant.

3. He claimed to have always supported the Civil Rights Act of 1964 in its entirety

4. He did the above in an incredibly condescending speech at Howard University

That speech at Howard failed on a number of fronts. In addition to not convincing anyone that he doesn't believe what he's always said about the Civil Rights Act of 1964, Paul claimed that the students should love the Grand Old Party, as it's always been a friend to African-Americans. "he story of emancipation, voting rights and citizenship, from Fredrick Douglass until the modern civil rights era, is in fact the history of the Republican Party," he said, before reminding them of a number of other things they already knew.

5. He can condescend to "fiery" and "passionate" Hispanics, too

In a before the Hispanic Chamber of Congress, Paul spoke lovingly of the "passion" and "romance" of "Latin culture," which for him is represented by Pablo Neruda's poem "Si tu me Olvidas." After reading the poem, in Spanish, Paul asked "How can we not embrace such passion? How can we not want that culture to merge and infuse the American spirit? They are not called the romance languages for no reason." Not that he's one to pander in stereotypes, mind you.