"It gives him the aura of a bear or some other species of dangerous animal": The 10 most absurdly fawning lines from Vanity Fair's profile of "True Detective” creator Nic Pizzolatto

He's a wizard! A crusader! A band-leader! A movie-star whisperer! And so much more 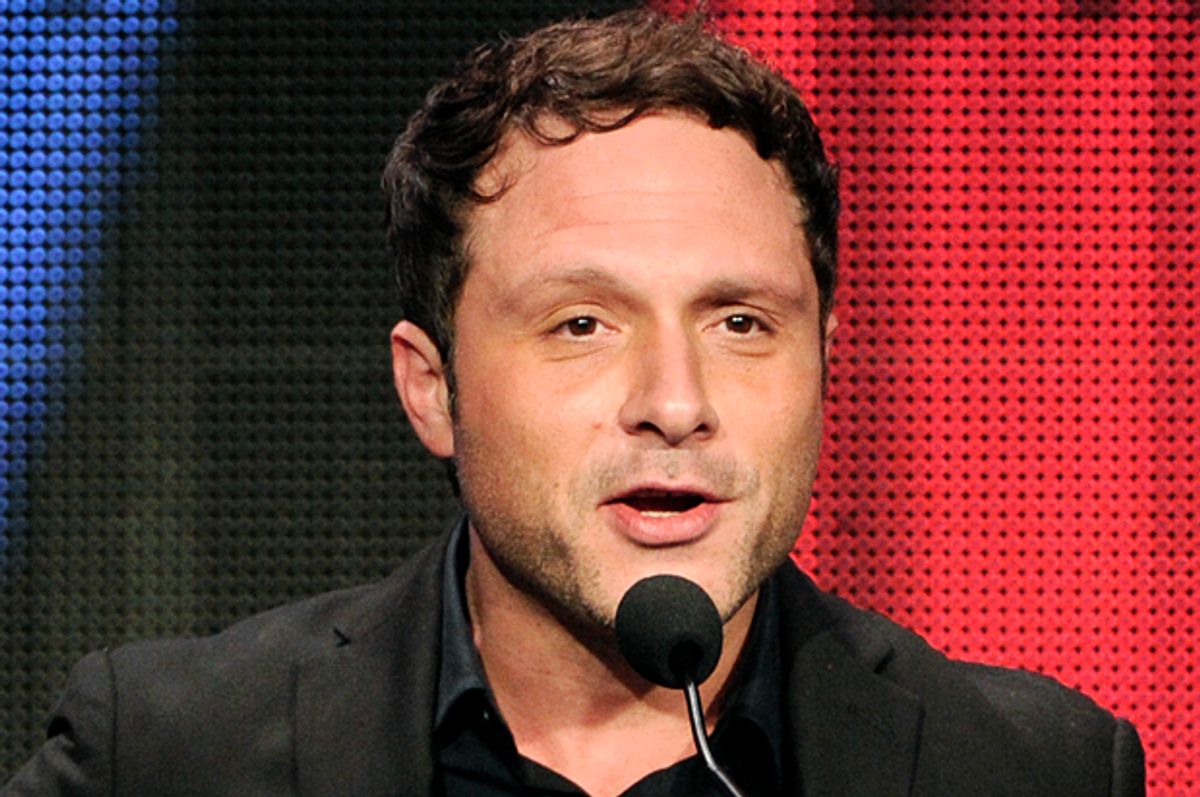 Today, Vanity Fair released a profile of “True Detective” show runner Nic Pizzolatto, written by his old "Magic City" writing room colleague and VF contributing editor Rich Cohen. Look, I’m not going to say too much about the piece in advance — you can go ahead read the profile for yourself, you lucky thing! — but either Cohen just really really likes Nic Pizzolatto so much (and possibly owes him a huge favor/blood debt), or the piece is a very elaborate Clickhole parody that accidentally got posted to Vanity Fair, or maybe Pizzolatto is actually a sacred other-wordly being sent from a higher realm to enrich the lives of humankind by channeling true art straight from the Godhead.

Decide for yourself with these ten choice excerpts:

1. ”He was 37 but somehow ageless. He could’ve stepped out of a novel by Steinbeck. The writer as crusader, chronicler of love and depravity. His shirt was rumpled, his hair mussed, his manner that of a man who’d just hiked along the railroad tracks or rolled out from under a box. He is fine-featured, with fierce eyes a little too small for his face. It gives him the aura of a bear or some other species of dangerous animal. When I was a boy and dreamed of literature, this is how I imagined a writer—a kind of outlaw, always ready to fight or go on a spree. After a few drinks, you realize the night will culminate with pledges of undying friendship or the two of you on the floor, trying to gouge each other’s eyes out.”

2. “The critical acclaim for his show, its noir-ish mood and cult-like aura, the way its heroes seemed to shamble after some esoteric, Pynchon-esque truth had turned Nic into something more than just another TV writer or show-runner. He’d become an auteur, rich with wisdom, packed with answers. “

3. “When I first met Nic, in Indiana, I thought he was in my life. I now realized I’d been in his life. I was just another one of the technicians at ground control, watching the rocket make its way from launchpad to deep space—corduroy-coat-wearing professor to writers’-room hack to Orson Welles—in three blips across the radar screen.”

4. “At Louisiana State, he found the canvas too confining. His best pictures were like stills from films that had never been made. He learned to write in order to finish the stories glimpsed in his art.”

5. “Watching Nic on the set, you realize he has two personas: the guy in the room, churning out pages, and the guy in the action, with cameramen and actors, more akin to a bandleader, or wizard, working levers that send puppets across the scrim.”

6. “He seemed perfect for TV, as his thought process unfolded like a show—action and color, dark turns and surprising reveals. His eyes turned hot and visionary as he spoke. He sat back and sneered. His phone flashed. His phone flashed all the time. Big things were happening for him elsewhere.”

7. “I’ve never met a less sentimental person than Nic. His worldview is brutal. The metaphysical is dismissed with a wave of the hand. People are driven by hunger and need. There’s only right here, right now. It’s unclear if this is how Nic experiences life or if it’s just how he writes television, or if there’s a difference.”

8. “Nic’s temperament, which is old-school fiery artist, suits the task. He’s not a trimmer, nor a hedger of bets. He’s a big personality, the crazy fuck who, having won a pile of chips—and it’s two in the morning and the casino is filled with sharks—pushes it all back to the center of the table.”

9. ”Here is Nic Pizzolatto, the movie-star whisperer. He’ll do for Vince Vaughn what he did for Matthew McConaughey: bring out what’s been obscured by the kind of movies he’s made."

10. “You can taste the danger. A hint of mercury in the water. Nic will have to pay for the sin of his success, as everyone pays for everything. He raised the bar too high that first season. People want answers from a show like that. They want to be told what to think and how to live. Of course, a show can’t give those kinds of answers, because even a great show is made not by God but by a TV writer with black pens, whiteboards, take-out menus, and research. Instead of answers, you get reversals, reveals, and special effects. That is, more TV. You feel empty.”