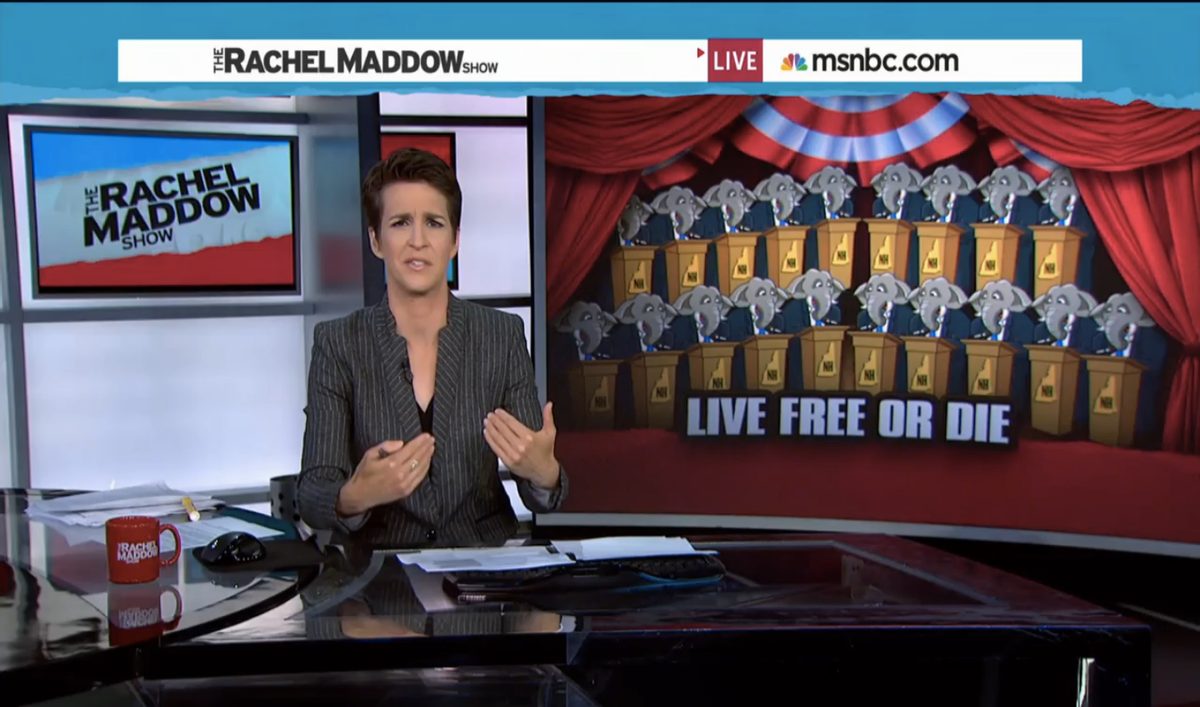 On Wednesday evening's edition of "The Rachel Maddow Show," host Rachel Maddow discussed the issue with allowing polling to influence the media's coverage of the election. As she said, early polls can be (and often are) wrong, or at least jump to preemptive conclusions that risk influencing voters. For the 2016 primaries, Fox News has put ultimate faith in the imperfect practice of polling by only allowing those who are polling in the top 10 of Republican candidates to participate in the first Republican primary debate.

"Fox is essentially saying that they want to use polling, not just to inform their anchors and their correspondents and their pundits in terms of how they talk about the race on TV," said Maddow. "No, they want to use the polling to decide who gets to compete for the nomination in the first place."

Additionally, we don't know which polls the network will be using to make their decision or whether or not they will be rounding polling results (which could have a huge impact on who makes it in).

"The way the Fox News network is proposing winnowing down the field this year, what they have disclosed, anyway, is at best an arbitrary basis on which to be deciding something as important as who is allowed to compete for the presidency," she added.