Remembering Ornette Coleman: What you need to know about the late jazz visionary

From gutbucket Texas blues to free jazz to a symphonic album and funk, this guy went everywhere 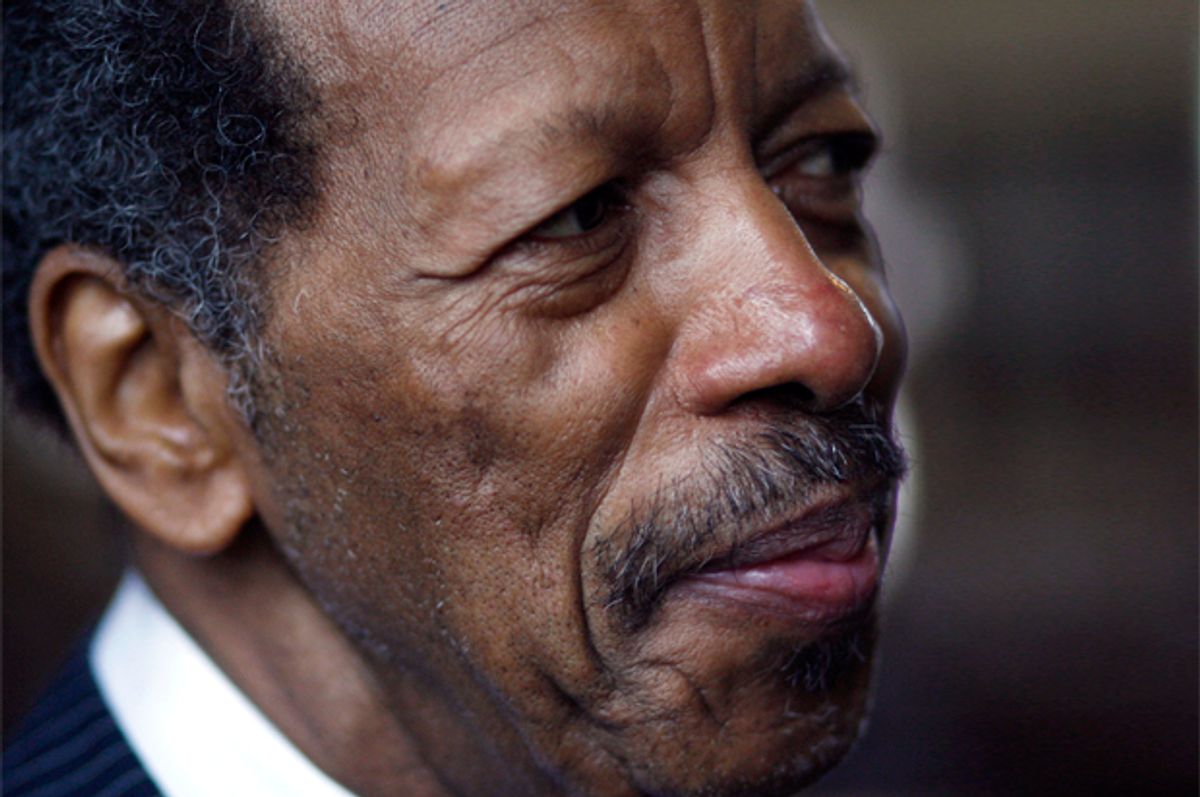 Miles Davis said he must be “all screwed up inside” to play that way he did. Max Roach punched him in the mouth after seeing him play. But Ornette Coleman, who died today of a cardiac arrest at 85, lived longer than almost any jazz great, and made important and challenging music for decades.

How to get into Coleman’s music, which drove so many people crazy, influenced musicians in jazz, funk and dance music, and became known even among admirers (a group that included not just fellow jazzheads, but Jackson Pollock and James Baldwin) for being difficult and driven by an arcane theory?

Coleman’s music was indeed challenging and world-changing, but getting a taste of what made him important a source of joy is not nearly so forbidding. There are two phases of Coleman’s long career which are – at least decades later – accessible and almost direct.

The first is his very earliest recorded music. Coleman shocked people by playing out of pitch, by rejecting the chord changes that had made up the basis for most jazz (and a great deal of the music in the West), and conveying fierce emotional tones rarely heard in the rest of jazz, even by one of his models, fellow alto saxophonist Charlie Parker. He rarely played with piano and often avoided other chordal instruments that make a song's harmony explicit, so his music could be disorienting even for serious players and listeners.

The critic Gary Giddins, though, compared Coleman to Louis Armstrong:

Ornette is direct in that way: He mourns, he chortles, he sighs, he rages, he exults, he shoots the moon. He doesn’t, however, swing from here to there; instead he bounces on the rhythm, as though it were a trampoline. His phrases don’t resolve with anticipated cadences. Instead, they proliferate in spiky fragments that somehow cohere in a melodic plot—a plot of many melodies. Above all, his sound isn’t smooth, rough, cool or hot. It is prickly, raw and gorgeously fresh, as invigorating as a freezing shower after a sauna. That freshness has never abated. Even if he hadn’t electrified or symphonized its context, his timbre would have remained sui generis—a voice apart.

One of his earliest songs, which would go on to be widely covered (Kronos Quartet, John Zorn, Lester Bowie, Brad Mehldau), is “Lonely Woman,” from the breakthrough “Shape of Jazz to Come” record.

Besides its vaguely Spanish or Middle Eastern feel, the eerie unison playing between Coleman and trumpeter Don Cherry, and the keening sound of Coleman’s solo, this song is also emotionally complex. It leaves us wondering about the woman of the title: We don’t get the simple sketch of pity or despair we might in a pop song.

Even better is “Ramblin’,” from 1960’s “Change of the Century,” another of his early Atlantic records. In almost all of Coleman’s music you can hear his roots in Parker’s bebop and his attempt to break the bounds of jazz convention. But this is a song where you can really hear the Texas roots in this Fort Worth native.

The bluesy, stomping quality of Coleman’s playing is clear here, and his interplay with great bassist Charlie Haden, which brings the song a country twang, the saxophone’s gutbucket tone and fondness for little melodic riffs, makes it another great place to start. And like a lot of Coleman’s music, it’s structurally unconventional: This sounds like a 12-bar blues, but in a little wink to the musicians listening, Coleman builds this one from 11.

Not long after this, Coleman recorded “Free Jazz,” a daring and genre-changing record (with a cover from one of Pollock’s action paintings) that can sound chaotic even to sophisticated listeners. Frankly, I’d rather listen to one of the albums above, or the trio he leads on his 1961 Stockholm concert, or “Ornette On Tenor,” where his grounding in the raucous Texas tenor tradition is made even more clear than it is on “Ramblin’.”

If early Coleman built on the blues and country, but with an ornery and individualistic jazz-intellectual’s sense of harmony, rhythm, and melody, he worked with classical music, funk, and other styles in the ‘70s. It’s this period that a lot of today’s musicians and fans, especially those under 50 and those from outside jazz's high church, rave about.

“Skies of America,” a sweeping and expansive concerto Coleman recorded with members of the London Symphony Orchestra, gives a sense of how wide-ranging his musical vision was.

Just as deep in its way, but closer to the pop music of its era is “Dancing In Your Head,” a 1977 album which blends funk, jazz soloing and West African rhythms. (William Burroughs was in the studio for part of this.) If most fusion had sounded this good, jazz might not have lost its audience.

Finally, Coleman won the Pulitzer Prize for his 2005 album “Sound Grammar,” recorded live in Germany. The record includes a new version of another oft-covered original, “Turnaround,” which Coleman originally recorded on the early “Tomorrow Is the Question,” LP. This version is different enough to show how far he’d come, with resonant bass playing, but also reminds us of his grounding in the earthiness of the blues.

The soft-spoken Coleman made music for half a century and released dozens of records. More than almost any musician in history, they’re various enough that one listener will love an era and completely ignore or dislike another. Some of us who love Ornette are still puzzled by entire periods of his work. (I recall calling a music critic friend in the ‘90s to ask him what he made of a new Coleman record. “Ask me in five years,” he replied.)

One of the things we jazzheads mourn with Coleman’s passing, of course, is the death of a great saxophonist and composer who overcame great resistance to pursue an uncompromising vision, and continued to surprise people. It’s also tough to watch one of the last figures to break in the ‘50s and early ‘60s – an era in which jazz was consistently challenging but still charted and got serious media attention – step offstage. We’ll miss him for sure.