Video captures off-duty Florida police officers kicking seated black man: "They beat me like a dog in the street" 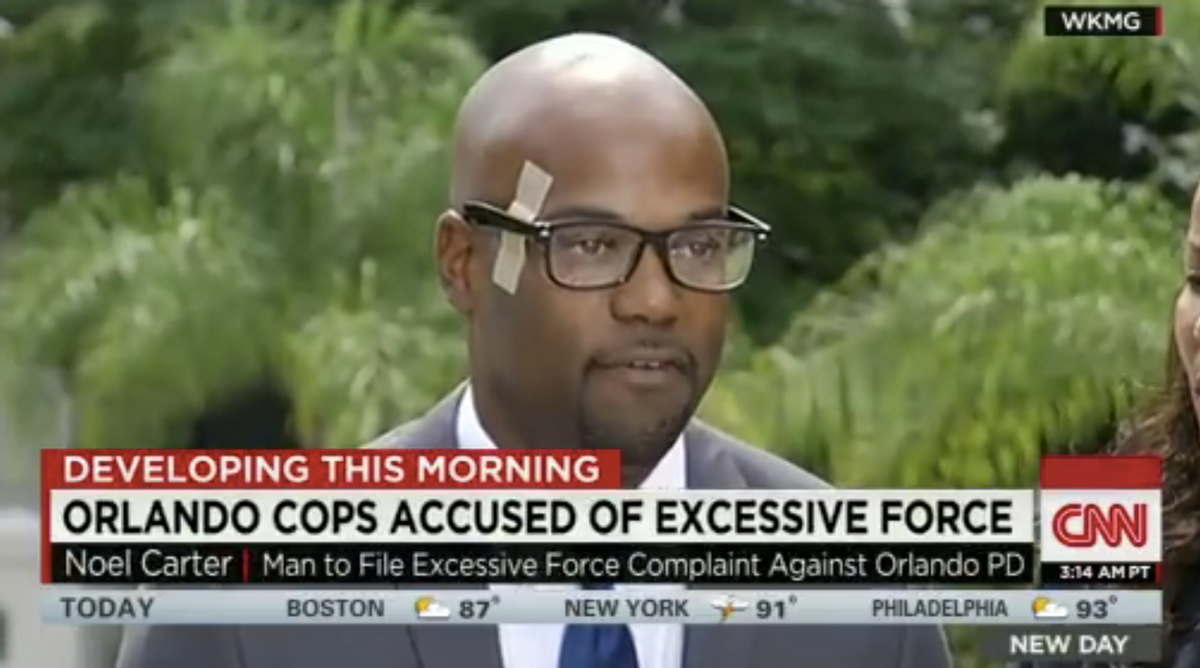 The man has been identified as Noel Carter, a 30-year-old banker from Miami, who says he was neither intoxicated nor in need of assistance when officers approached him that night of June 4.

Officer David Cruz, who was moonlighting as a security guard at the time, told CNN that he saw Carter "attempting to grab and hold" a crying Hispanic woman. The woman, according to the report, was his girlfriend and was crying because the two had just broken up after dating for two years.

Things escalated when officers attempted to hold Carter back from speaking with the woman -- to which Carter allegedly responded with "You're not going to stop me."

When Carter resisted handcuffs, Officer Charles Mays, who was also not on duty at the time, pepper-sprayed and then tasered Carter three times. The report also indicates that Carter was able to run 100 yards from the scene before taking a seat on the curb. Officers lunged at him and hit him five times with a baton while he was seated.

On Wednesday, Carter filed an affidavit asking the state to bring battery charges against the two officers. Thursday, he appeared on "New Day" explaining "they ... literally beat me like a dog in the street."

Watch captured footage via ClickOrlando below: