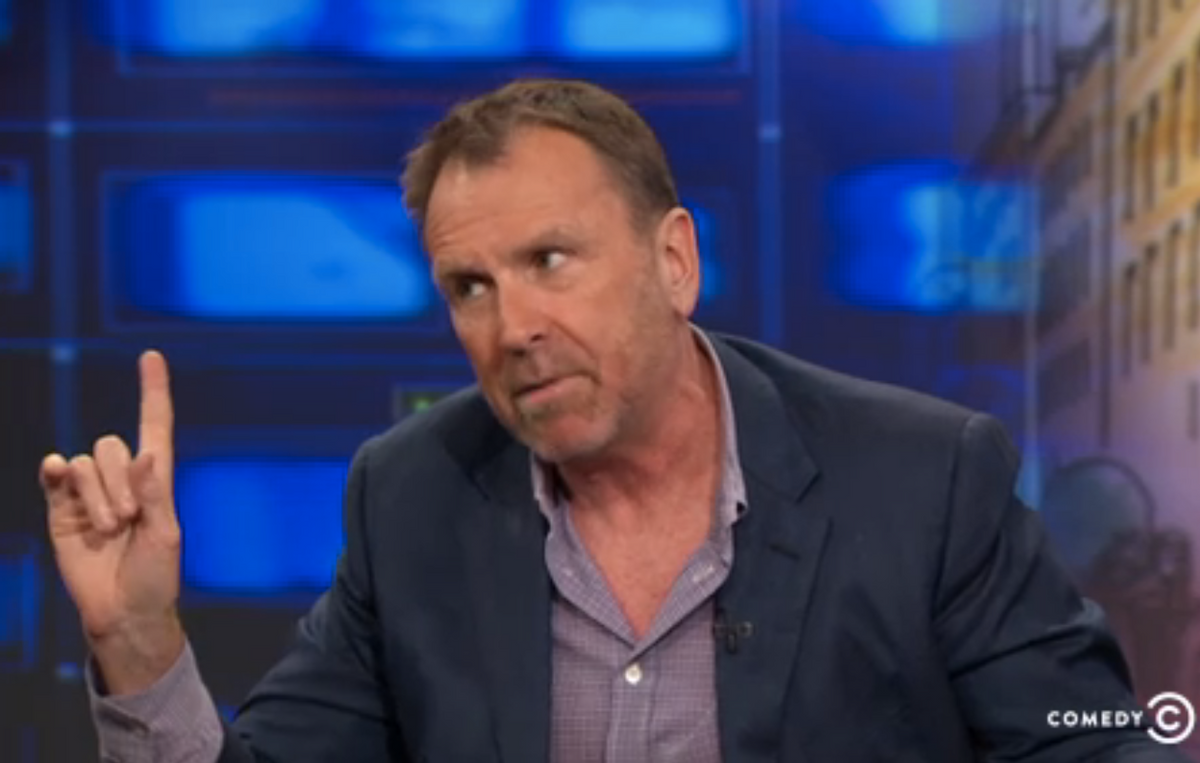 Writer-comedian Colin Quinn, who is gearing up to be "the most hated man on Twitter" following the release of his latest memoir “The Coloring Book: A Comedian Solves Race Relations in America,” took the "Daily Show" hot seat Wednesday night to discuss race in comedy and the rampant P.C. culture that allegedly aims to silence it.

Stewart asked Quinn, whose memoir irreverently discusses race issues from a white, male perspective, why it is that we can't talk about race today. "It's absolutely something we should be talking about," he added.

That's when Quinn jumped in with a new bit he'd been working on: "It's insane. At this point, literally you could see someone walking down the street and be like, 'Oh did you see that guy pass? He was wearing a blue sweater and brown pants and a black jacket. And people will be like...'what color was he'? 'I don't see color.'"

"Folks, I wrote that one today. It's funnier than what it got," he said when he was greeted with crickets.

Stewart tried to comfort him. "It was a beautifully structured [joke]! but the whole time I was thinking, 'well who picked that out?'"