Kim Basinger on her "11th Hour" role: "I wanted to portray being maternal, which is so powerful and innate in a woman’s psyche" 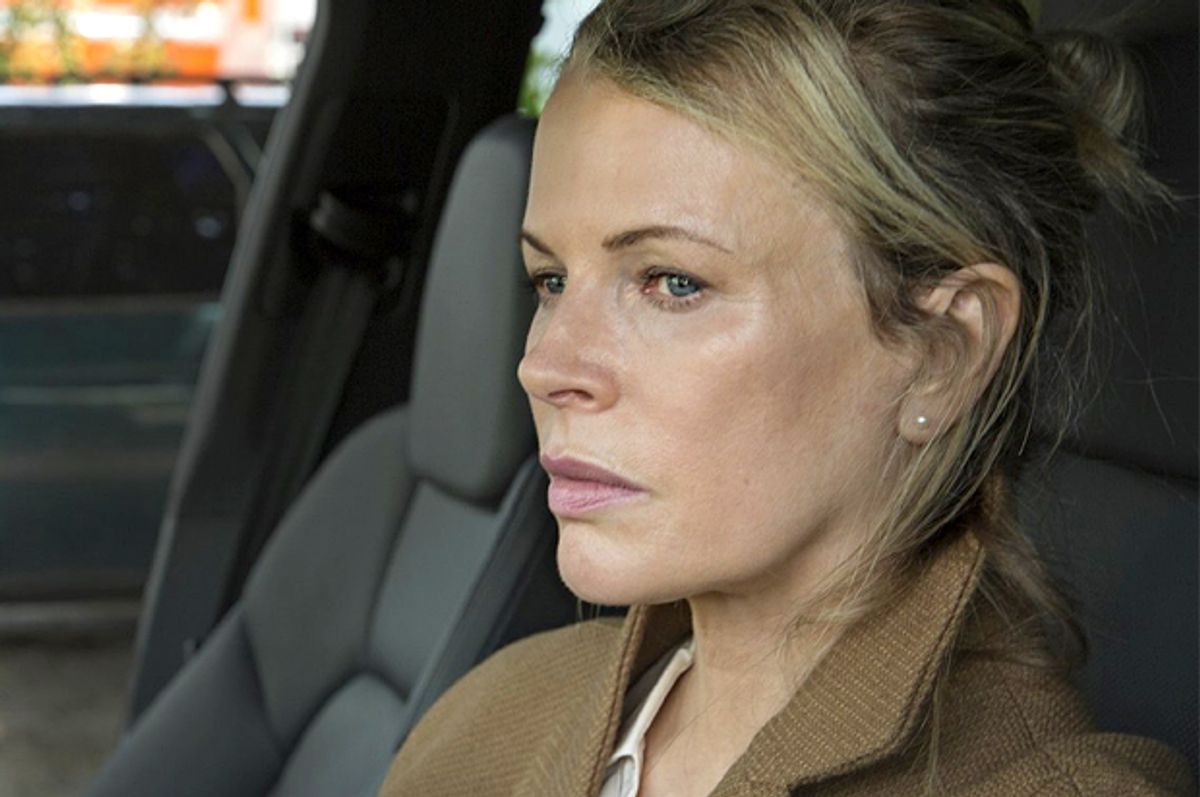 Kim Basinger has always been a fascinating actress. Her beauty is undeniable, but it is her mix of vulnerability and steeliness that is so compelling. She excels at playing damaged women, like her “cougar” roles in films like “Door in the Floor” and “The Informers,” or her latest part as Maria, a wealthy, older woman desperate to have a child, in “The 11th Hour,” written and directed by Danish filmmaker Anders Morganthaler.

In “The 11th Hour,” Basinger plays a wealthy managing director for a large shipping firm in Copenhagen. Maria decides, on an impulse, to drive to Eastern Europe to rescue a baby from teenagers who are forced into prostitution. What she encounters on her journey is a real nightmare. The honey-voiced actress from Athens, Georgia rises to the challenge of making Maria sympathetic as she makes some questionable decisions in dogged pursuit of her goal.

The actress and Morganthaler spoke to Salon about motherhood and making the riveting drama, “The 11th Hour.”

The film opens with a quote about fate being the sum of determination and desperation. Do you believe in fate?

Morganthaler: I very much believe in Fate. I don’t believe in waiting for what happens, but if you put yourself out there, then a ton of fate—not chance—will happen upon you.

Basinger: I do too. I’m all for not knowing and taking a leap. That’s how I live my life, and that is what drew me to this character: her convictions and pull…this truth. I say when the truth wants to find you or wants to be found by you, it will come after you. You cannot stop that force. That’s what really led me to Maria.

Anders, how did you conceive of Maria, and what qualities did Kim exhibit that made you want to cast her?

Morganthaler: The thing is I wanted to dive in to this story about a woman not able to conceive, or not in the right relationship to make a family. I became interested in this psychology of that state of mind these women are in. My own wife took a year to have second child. It was profound for my wife, so I wanted to explore that character and her state of mind. This is something I’ve not seen before—women being in that emotional state. You cannot attack it rationally. If you take in it emotionally, then you are in that state of mind. I loved Kim in “L.A Confidential;” she was on the surface fragile and weak, but had his inner core strength. I wrote it for her, and it ended in her lap.

Kim, playing Maria must have been an emotional rollercoaster—watching you was for me! How did you get inside her head? She has delusions, makes some very bad decisions, and ultimately gets in a situation that is just so much more complex than she imagined?

Basinger: I went on the journey just like you did. I knew I was going down a rabbit hole. I stared at that hole for the longest time before I nose-dived into it. I did scream out “Where am I going for this?” There’s no preparation, no book you can read there’s nothing that can prepare you for this! So what you have to do is abandon the idea that there is preparation. I am always prepared line-wise.

The thing I love, the thing that drew me to this—and a number of things did—was that you couldn’t be prepared. I had to free myself of any kind of patterns, and I don’t like patterns. I like that someone comes to me and says, you want to fly around in here? Anders is in Denmark, and I didn’t know him, but a great, big energy helped us find each other. I was very drawn to his work “Princess” and “Echo.” I kept watching his imagery—it was like “Pan’s Labyrinth.” You have to go to some horrible places. I was on this quest for the truth—and you just don’t always find that looking at the light. It was just a big a surprise for me as it is for you! [Laughs]. I threw everything to the wind. I embraced it at times. In the end I loved it, and felt the results of what we accomplished.

Kim, you give a very interior performance; I like that viewers know what Maria is thinking even when she’s just sitting in a car, or looking out a window. Your career began playing sexpot roles, and doing comedies before you started taking roles that demonstrated your dramatic side. What can you say about your career trajectory?

Basinger: I don’t gravitate to anything. I don’t like jackets or life rafts. A lot of actresses like to repeat things over—and I don’t once I’ve been there and done that. I like to see what the next thing is that comes along. I can’t be enticed by a big commercial film. I have to make a living, and I have been in a few films I wish I hadn’t been in, but I don’t know where things will lead me next, and that’s exciting. Not knowing is OK.

Anders, the film presents several topical social issues, from drug use to prostitution to black market babies. Can you talk about your need to address these issues?

Morganthaler: When I wrote the film, I had this idea of trying not to do a moral or ethical character, but someone that reflects how we are as real people. We’re not black and white, and we don’t act like that. I wanted the character to be super-self-absorbed and wanting to fulfill her own life and leading her to where she gets lost. That’s why I wanted to get into social issues of people supposedly doing the right thing with people who have different morals and ethics. I wanted to go into that gray area.

Kim, Maria believes that her life won’t be complete without a child; it has no purpose. What experiences did you have as a mother that you brought to the role?

Basinger: I’ve played a mother many times, even in tragic things like, “I Dreamed of Africa,” so I know how it is to lose [a child] cinematically. But once you have your own child—and I wasn’t sure I could get pregnant, and it was during a difficult situation in a torn marriage—it was the best thing I did in my life. Being Ireland’s mom is my favorite role…I have so much compassion on so many fronts, for women who have lost children or tried for years and couldn’t have them. I wanted to represent. I have represented moms and tried to the best of my abilities to do it accurately. I wanted to portray being maternal, which is so powerful and innate in a woman’s psyche. Those who have chosen to want or have children—there are no words for it. I applied my great gift of being a mom to strip myself of all of it and go to where it might feel like going to play Maria on the quest to get a baby.