Larry Wilmore: "Is Lindsey Graham trying to Duggar his way to the White House?" 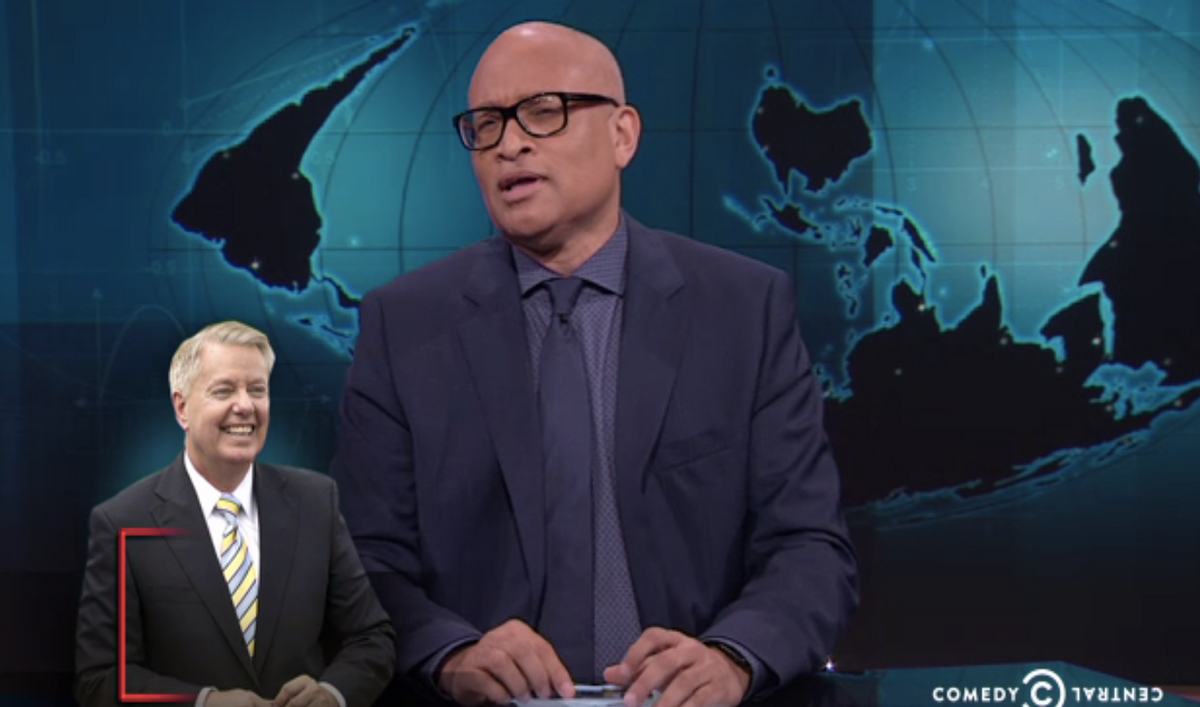 Lindsey Graham, committed bachelor, said Tuesday he'd opt for a "rotating First Lady" if he was able to win the White House in 2016. He went on to explain that he'd throw his sister in the mix too to "play that role," if need be.

Larry Wilmore used Thursday's "Nightly Show" to point the finger back at the media (Fox News host Andrea Tantaros, namely) for focusing on the "who will be your First Lady?" question.

"Why is that a question?" Wilmore said. "This is a dude who wants a war with Iran so bad he put it on his Amazon wish list."

Wilmore couldn't resist sharing a few parallels between Graham and the Duggar family. “Is Lindsey Graham trying to Duggar his way into the White House?” Wilmore said. “I’m guessing he’s got at least 19 votes and counting.”