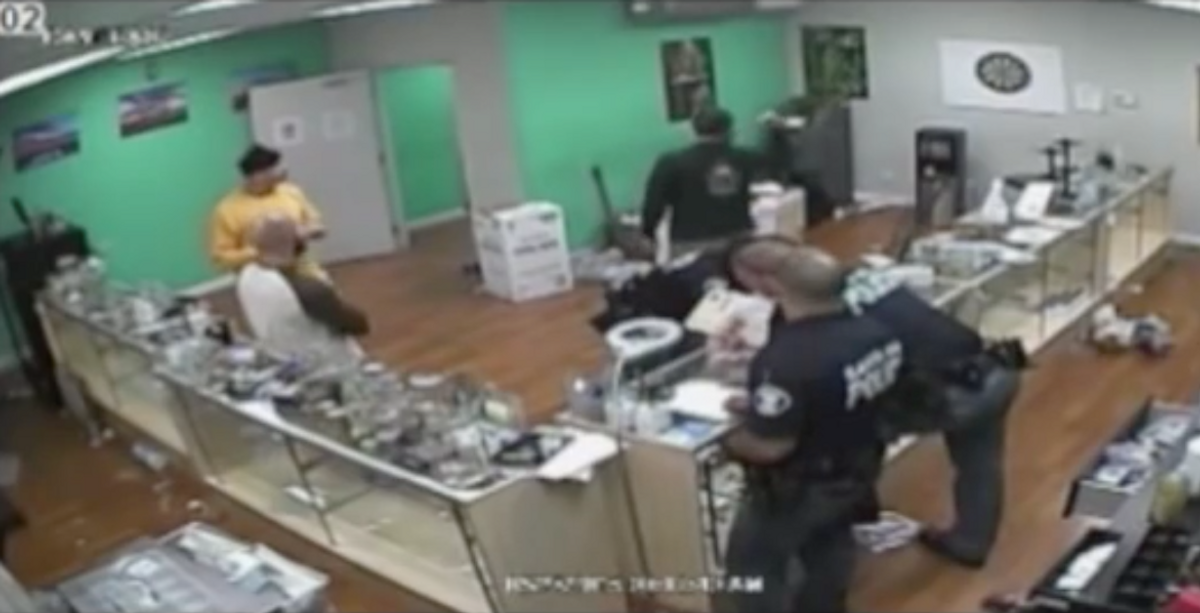 OC Weekly has obtained footage of a marijuana dispensary raid in Santa Ana, California from last month which includes disparaging comments from two officers to Marla James, a local marijuana activist and amputee.

“Did you punch that one-legged old benita?” you can hear one officer asking in the clip. “I was about to kick her in her f*cking nub,” the other responds.

James told OC Weekly that she was baffled by the comments about her, given that she was actually "really nice" to the officers and even complimented one on her hair.

The grainy surveillance footage shows the officers attempting to dismantle all the in-store cameras at the Sky High Collective -- and failing -- then proceeding to chow down on some pot candy. "What flavor?" one officer says with a chuckle.

OC Weekly goes on to explain that the Sky High Collective is just one of many operations the city says are "in violation of Santa Ana's current ban on marijuana dispensaries." A dozen arrests have been made in connection with the incident.

Watch the footage via Voice of OC below: