Plutocrats torched the economy: Our new Gilded Age & the hollowing out of America's middle class 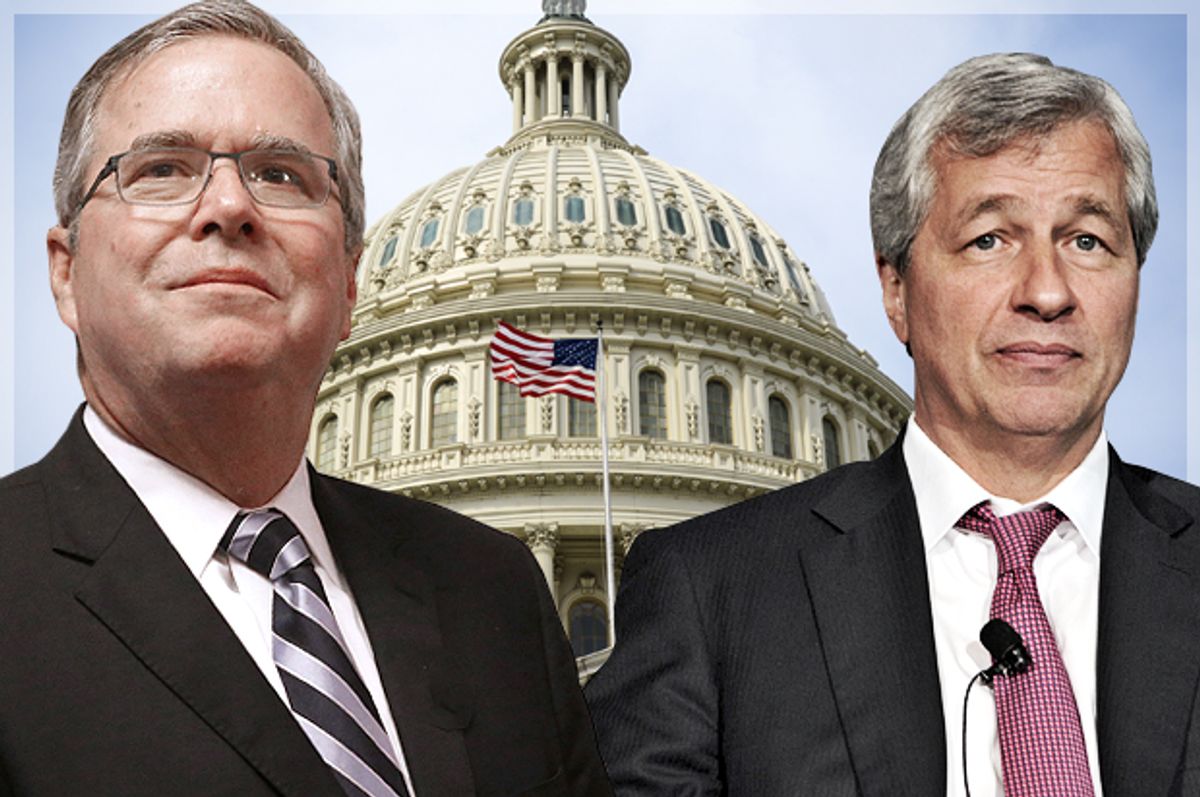 You may recall how in 2013 — and then again in 2015 — President Obama tried to give his economic vision a snazzy name, something to compete with “trickle-down economics” in terms of memorability and pith. What he came up with, and has stuck with since, is “middle-out economics,” or sometimes “middle-class economics,” which is supposed to communicate his and the Democratic Party’s commitment to seeing the middle class — and not the 1 percent — as the true fount of economic growth.

But although Obama and other Democrats are evidently happy enough with the branding, the actual policy approach that defines a middle-out economics has remained somewhat fuzzy. And that’s where “Hollowed Out: Why the Economy Doesn’t Work without a Strong Middle Class,” the new book from the Center for American Progress’s David Madland, steps in. While politicians’ focus on the middle class can sometimes feel like empty pandering, Madland’s book makes a strong and clear argument that an economy geared around the middle class is not only more in keeping with democratic and liberal norms, but it’s simply better economics, too.

Recently, Salon spoke over the phone with Madland about his book, inequality, and what he sees as the right economic agenda for liberalism in the 21st century. Our conversation is below and has been edited for clarity and length.

When did you start thinking about a strong middle class as not only a good thing unto itself but as a necessary component of keeping the U.S. economy healthy?

It actually started way back when I was in high school.

I coached baseball camps throughout the summers, and I had this sense that in the more middle-class neighborhoods where we would do the camps — because we would move all around — things worked better. The kids would immediately trust each other and knew how to work together well. So I had this germ of an idea, way back then, that there was something about a strong middle class that led to better outcomes.

What kind of outcomes do you have in mind?

One of the key things is that a strong middle class leads to greater trust, and trust might seem a bit abstract, but, really, it's essential to any functioning economy and society. You need to be able to work with people that you don't already know, that aren't part of your family, etc.

You can see over the past several decades that trust has declined sharply in the U.S., and a key factor in that has been rising inequality, because people have far different experiences — or they don't think others are like them.

Some of the costs of that [lack of trust] for our society — think of the number of lawyers we have.

I want to continue on this trust theme in a moment, but first I wanted to ask you to explain why the trickle-down theory of economic management is wrong.

The underlying idea behind trickle-down, really, is that high levels of economic inequality are good and that if you help the rich get richer through things like tax cuts and less regulation, that will buy some greater economic growth.

The premise that inequality is good is fundamentally wrong. It might be true in a very narrow sense that, yes, [it provides] some incentive to work harder; but that ignores the larger context. When inequality gets to extreme levels, you have all these harms that happen as a result. I talked about trust; you have governance getting corrupted, you have fewer people able to develop their human capital. And you also have weakening of demand, which we saw that in the Great Recession's aftermath.

Okay, so how does that kind of extreme inequality result in lower levels of trust?

The basic idea behind trust is this idea of reciprocity. You do unto others as they would do unto you. They treat you well, you treat them well. If they don't treat you well, you know, an eye for an eye. Behind that is this idea that you think you share things in common. Inequality erodes that idea. [It makes] you think people are far less like you.

We can see the evidence for this in lots of different ways. In one of the studies that I think is most interesting, [researchers] left a wallet in cities throughout the world. In regions that had greater inequality, fewer wallets were returned. What's happening is people think [other] people are not like them when they live in an unequal society; and they’re less likely to trust them, which leads to all sorts of harmful consequences.

You mentioned how lack of trust hurts the cause of good governance. How so?

If you look back into our history, there are some really scary parallels [to our current situation], and the best parallel, I think, is the pre-Civil War South.

That was a very unequal society; the top 1 percent used their power not just to suppress blacks, but to suppress the political power of [most] whites, so that the 1 percent wouldn't have to pay taxes to fund things like education and infrastructure. That kept the region poor for some period of time, and I fear that the political power of the 1 percent today, which is focused really on keeping their taxes low, is hindering important investments in our future.

To your point, the public polling we have of the 1 percent indicates they care much less about basic good government initiatives, like infrastructure and education, than most Americans do.

Yes. It’s certainly hard to poll the very wealthy, but all of the evidence shows that the wealthy have placed the most importance on lowering their taxes. They're even willing to cut vital government programs like education and infrastructure to avoid having to pay higher taxes.

One of the most telling polls had some questions about how important do they think education is. Do they think it's important that everyone has a good school? Do they think it's important that a government fund quality education for all people? Questions like that. The discrepancy between the importance that the wealthy placed on [these investments] and that everyone else placed on them was shocking. The things that the middle class really needs and cares about, like these basic public goods, education and infrastructure‚ are discounted by the wealthy.

They might give lip service to them, but they're just not that important to them. They have other options; they can send their kids to private school, for example. So they really focus on keeping taxes low, and as a result, we all bear the consequences of a country that's not making the kind of spending decisions it needs to be making.

You argue that part of the reason the recovery from the Great Recession has been so difficult and slow is because the middle class was struggling with debt and, consequently, stopped putting their money back into the economy. But what if we had a consumer economy that was simply geared toward the very rich? Couldn’t they fill that demand deficit?

That's basically the economy we have right now; and it's not working very well.

More importantly, the underlying idea is that, typically, the wealthy save a higher percentage of their money than do the middle class and the poor. For example, wealthy people spend a fair amount of money on cars; but there's only so many cars they can have.

With the middle class or the poor, most of the additional money they get, they spend. This marginal propensity to consume means that if all the money is going to the top, there's not enough consumption in the economy.

Let’s talk solutions. If I could make you King of America tomorrow and give you absolute power, what would you do first to fix the economy?

The initial goal is changing the mindset toward recognizing that the middle class is this valuable thing that will lead to a good economy in the future, and that we need to rebuild it.

Once we create that realization, there are several things we need to do. First, we need to fix our democracy so that everyone has a more equal voice. That means things like getting money out of politics — or at least equalizing the power of money by enabling and encouraging more people to register and vote.

Then there's a host of things that we can do to directly improve the ability for the middle class and all of society to get ahead; I'm talking about things like investments in universal preschool, making it much easier for people to join a union, raising the minimum wage, and enforcing our laws [against wage theft]. I also would start to promote things like profit sharing, so when companies do well, workers also benefit.

I can go on and on and on, but I think the key thing is to change people's minds about how they think about strengthening the middle class. It’s not just something nice to do; it’s really essential for our future growth.