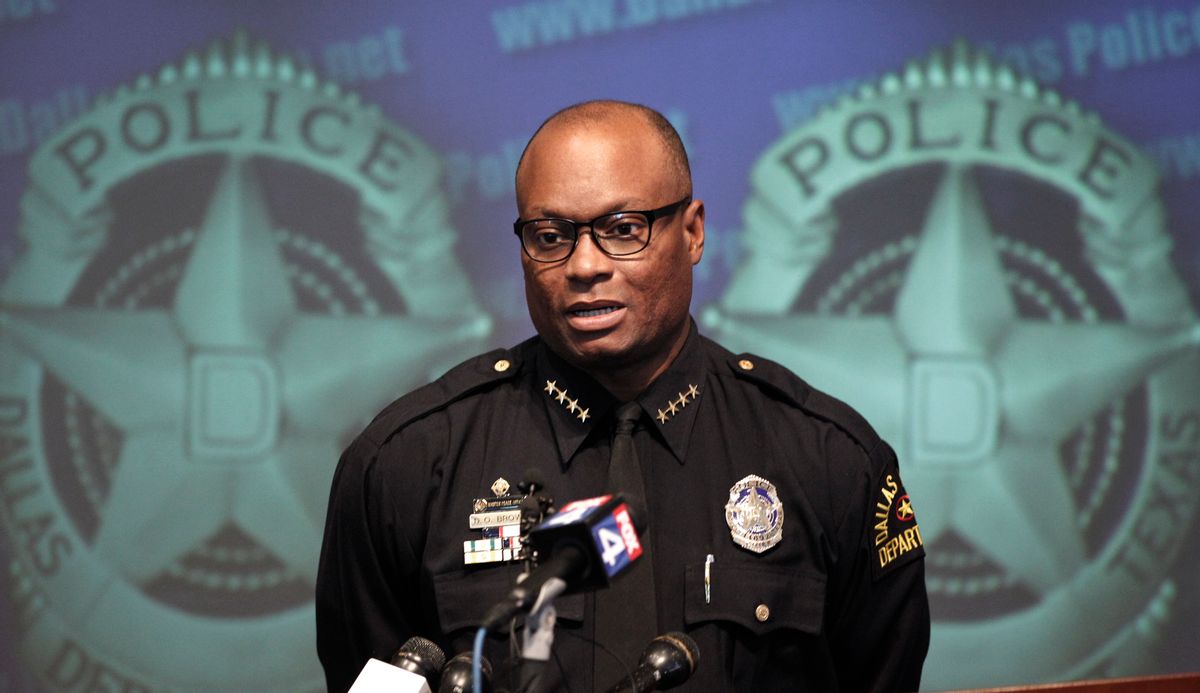 FILE - In this Nov. 17, 2011, file photo, Dallas Police Chief David Brown speaks during a news conference at police headquarters in Dallas. Dallas police say one or more suspects opened fire on police headquarters early Saturday morning, June 13, 2015, rammed a police car and fled to a fast food restaurant just off interstate 45 outside the city where they are engaged in a standoff with police. Police Chief Brown tells a news confrerence that preliminary witness statements suggest there may have been other assailants firing from elevated locations. (AP Photo/LM Otero, File) (AP)
--

Police say conflicting witness accounts make it difficult to immediately determine how many shooters were involved when gunshots were fired at officers outside Dallas Police headquarters.

Dallas Police Chief David Brown says one man fled the scene being and chased by police in what witnesses described as an armored van.

Police said conflicting witness accounts made it difficult to immediately determine a motive.

Brown said during a news conference that the shootout began about 12:30 a.m. Saturday, when the suspects parked in front of the building located south of downtown and began firing. He said at least one of the suspects fled the scene in a van that rammed a police cruiser before leading police on a chase that ended in an ongoing standoff at parking lot in the nearby suburb of Hutchins, where additional gunfire was exchanged.

Brown said the suspect driving the van has told officers that he blames police for losing custody of his son and "accusing him of being a terrorist." The gunman also said he had explosives in the van, which appeared to be outfitted with gun ports in the sides.

Brown said negotiations with that suspect and the SWAT unit are ongoing. No injuries were reported.