10 times in history when polyamory was surprisingly embraced

Monogamy has been the norm for centuries, but that wasn't always the case. Just ask the ancient Mesopotamians 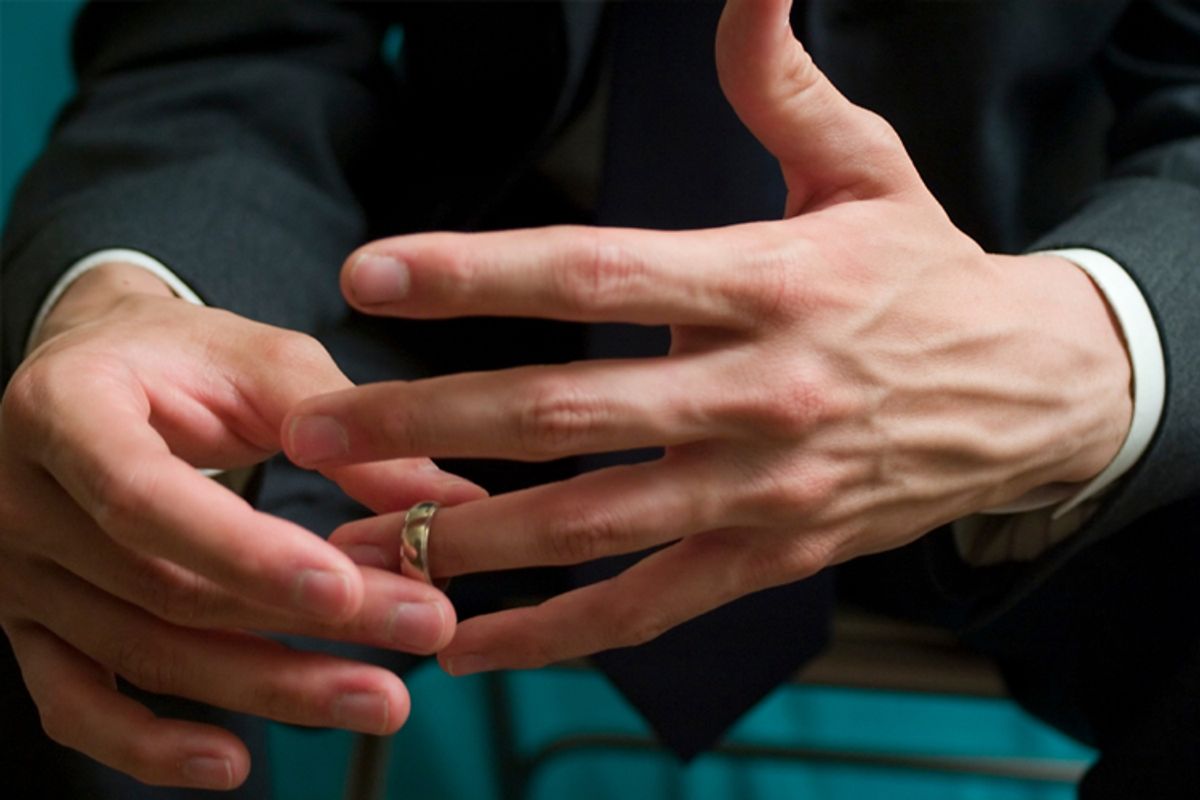 As we've written before, the Western world is in love with monogamy—in concept, if not in practice. Throughout history, much of society has been predicated upon the idea of lifelong sexual fidelity between one man and one woman. On paper anyway. We enforce monogamy in social ways (don’t even try to bring your second wife to the office Christmas party!) and legal ways (paternity laws, property laws, inheritance laws, etc.), but the reality is far more complicated. While monogamy tends to hog the spotlight as the relationship model of choice, non-monogamy has been around (and in some cases thriving) for a very long time, and continues to be practiced today.

Here is just a small sliver of accepted forms of poly relationships, both past and present.

In Mesopotamia and Assyria, monogamy (particularly arranged marriage) was considered the norm socially, but polygyny (when a man takes multiple wives) was frequently practiced by rulers and layfolk (no pun intended) alike. Philip II of Macedon had eight wives. Persian King Darius III also had several wives and kept a stock of 360 royal concubines “for his own personal use.” Plus, the Code of Hammurabi has rules on polygyny, noting that a man can take a second wife if she can’t bear him children. However! He cannot take another wife if his first wife offers him a concubine slave instead. Take that, hubby! And though some scholars dispute it, the historian Herodotus reported that every woman, at least once in her lifetime, had to go to the temple of Ishtar and have sex with whatever stranger happened to walk by and ask. This custom was thought to “ensure the fertility and continued prosperity of the community.” But it wasn’t all concubines and creepy-prostitution parties. In ancient Mesopotamia, “homosexual love could be enjoyed” without stigma or fear, and there are even texts that talk about pegging, or as historians call it, men “preferring to take the female role” in sex.

Ancient Egyptian men were free to marry as many women as they wanted (i.e. as many as they could afford because indentured sexual servants don’t come cheap, amirite?). And many African countries today, particularly (but not limited to) those of a predominantly Muslim faith, still practice a form of polygyny. And in Muslim Malaysia, Rawang has a Polygamy Club that purports to have 300 husbands and 700 wives.

4. Non-monogamy in the Bible

Modern-day Christianity often advocates for “traditional marriage,” but the Good Book is full of instances where monogamy was definitely not de rigeur (multiple wives was big, and also prostitution, concubines, etc., not to mention a lot of other kinky stuff). The first reference to polygamy is in Genesis: “Lamech married two women.” In the Old Testament, several prominent characters were polygamists. To name a few: Abraham, Jacob, David, and Solomon. In 2 Samuel 12:8, God told David that if he wasn’t satisfied with his many wives and concubines, he could always have more. And Solomon had 700 wives and 300 concubines, according to 1 Kings 11:3. Like we always say, traditional marriage is between one man and 1,000 women.

Though it’s outlawed today, theRig Veda (as well as epics like the Mahabharata) mention that during the Vedic period, a man could have more than one wife, depending on one’s caste. If one was Brahmin (the highest ranking caste), one could have four wives. It goes down a wife for each subsequent caste system, with the Shudra caste only getting one extra wife.

7. Polygamy today in the US

Bigamy and polygamy are illegal in the US, was outlawed by the Supreme Court in the 19th century. But before that, early Mormon settlers led by Joseph Smith, and then Brigham Young, practiced “plural marriages” in Utah and surrounding areas (Arizona, Nevada, Colorado). After President Woodrow Wilson put the kabosh on polygamy, some Mormons continued to do it anyway, and not just because they had reality TV shows. The Salt Lake Tribune conducted a survey and estimated that there may be as many as 37,000 Mormon fundamentalists in the Southwest, with less than half of them living in polygamous households.

But enough about polygyny! Let’s talk polyandry (one wife, many husbands). The practice of fraternal polyandry, a woman taking several brothers as husbands, was once very common in Nepal, where “the rough landscape often requires more than one set of extra hands to cultivate.” Who couldn’t use an extra set of hands when tilling your wife’s fields? The practice is falling out of fashion today, due to religious influence, and job opportunities not dependent on farming, but local farmers attest that “monogamous marriages are financially more difficult.”

In the Yunnan province of China, the Mosuo ethnic group has what’s calledzou hun (walking marriage), which is basically the freedom to have sex with whomever you want. The Mosuo don’t have marriage the way Western countries do—couples don’t live together; women usually stay with their families; and men “share responsibility for any children born to women in their own family.” And, if a man is sexually interested in a woman, he asks if he can visit her, usually after dark. Sex is based on mutual affection and is not stigmatized.

Polyamory, or consensual non-monogamy as it’s sometimes called, has been growing and gaining acceptance as a viable relationship model in the last few decades, with countless books and scholarly papers written on the topic, as well as scientific research, and perhaps unsurprisingly, reality TV shows. Polyamory exists all over, not just in liberal urban meccas. A 2009 Newsweekarticle estimated that “in the United States, over half a million families [are] openly living in relationships that are between multiple consenting partners."