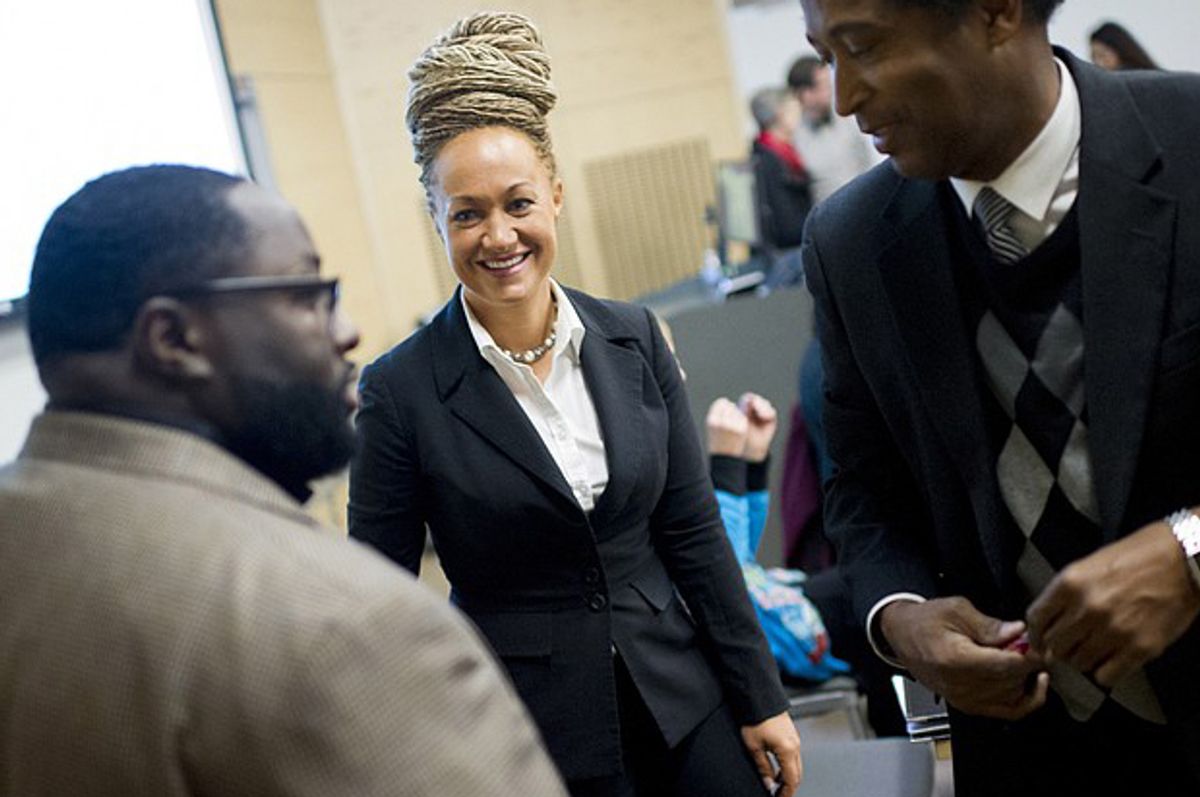 The Spokane NAACP has postponed a meeting Monday where its president, Rachel Dolezal, was expected to speak about the furor sparked after her parents said she has falsely portrayed herself as black for years though she is actually white.

The chapter said Sunday on Facebook that the meeting would be rescheduled "due to the need to continue discussion with regional and national NAACP leaders."

In an email to The Associated Press, the chapter confirmed the meeting was postponed but declined to be interviewed further.

According to KHQ-TV in Spokane, Dolezal had earlier sent a message to NAACP members saying she would address the situation at a group meeting Monday night.

The city of Spokane is investigating whether she lied about her ethnicity when she applied to be on the police board.

For more in the day's Dolezal news, head here.