We suppose we see the point of asking half-naked women to watch the video, but what's your point? 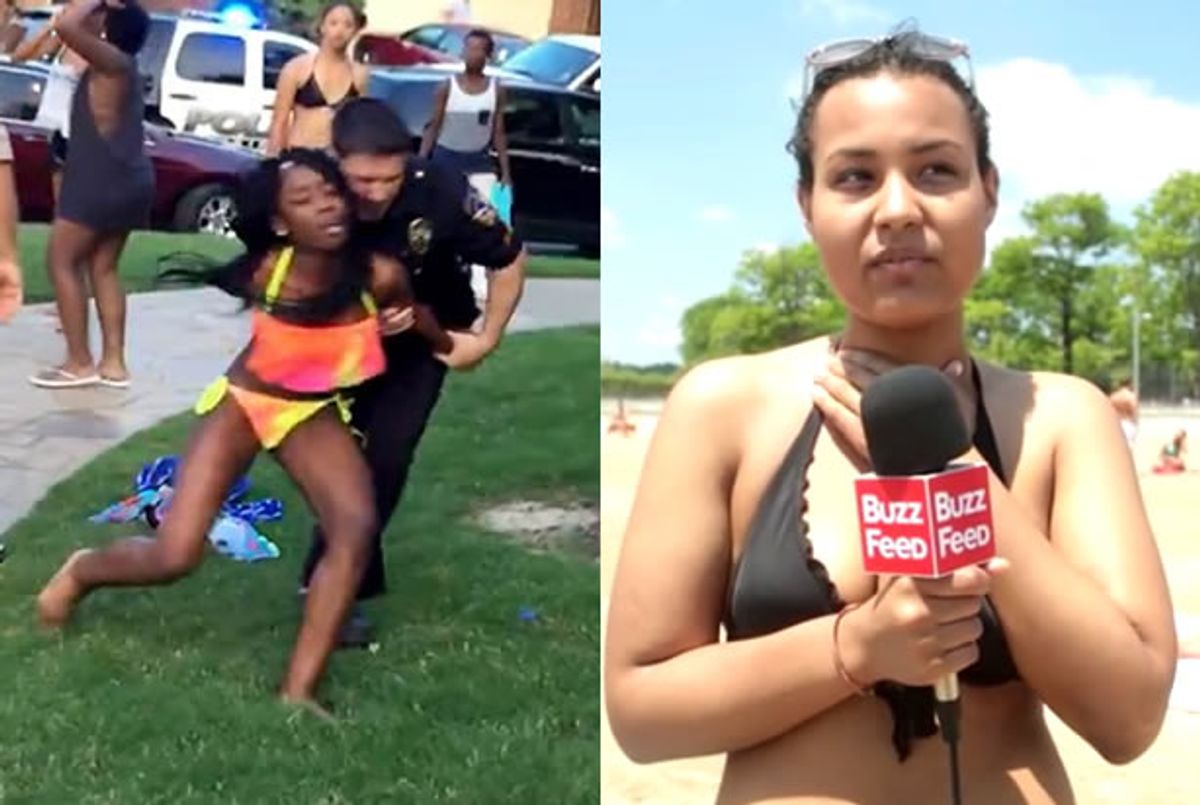 For the most part, the reaction of the women in the video corresponds to the general reaction. "She's unarmed," one woman said, "and half naked. This is too much -- I'm upset."

"I'm not watching this video," another woman said. "That's enough."

However, three of the women looked down at what they were wearing and did make an astute observation. "If someone's wearing a bikini, it's not like they can hide anything," the first said.

"So if you're wearing a bikini," offered the second, "that makes them less of a threat."

The third agreed, noting that "it's not like you can hide a gun, or a knife," while wearing a bikini.

Watch the video below via BuzzFeed.